Children take shelter from the rain at the Greek border camp near Idomeni. (Photo: AP)

Idomeni: Six-day-old Asima lies on her back a few metres away from a line of public toilets used by crowds of refugees and migrants stranded at a muddy border outpost in northern Greece.

She is one of the youngest of thousands of children trapped in what aid workers say is a petri dish of filth and festering infections, as European leaders work out what to do with the growing masses fleeing conflict zones and heading to Europe. 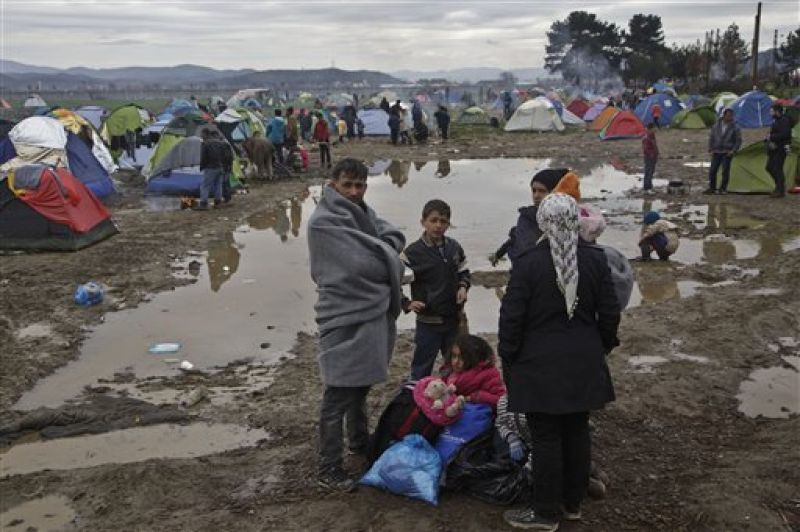 A family stand near a puddle of mud at the Greek border camp near Idomeni. (Photo: AP)

Medical charity Médecins Sans Frontières (MSF) says there are at least 40 pregnant women in Idomeni camp on the Macedonian border, and 40 percent of its population are children.

“There are many babies at the camp, and they are vulnerable to respiratory infections,” said Christian Reynders, deputy coordinator for MSF at Idomeni.

"Refugees set fires at night to keep their families warm. They burn everything, wood, plastic bags, old clothes. The smoke is toxic and we are afraid that respiratory infection especially for newborn babies might ‎create permanent problems to their breathing system," he added. 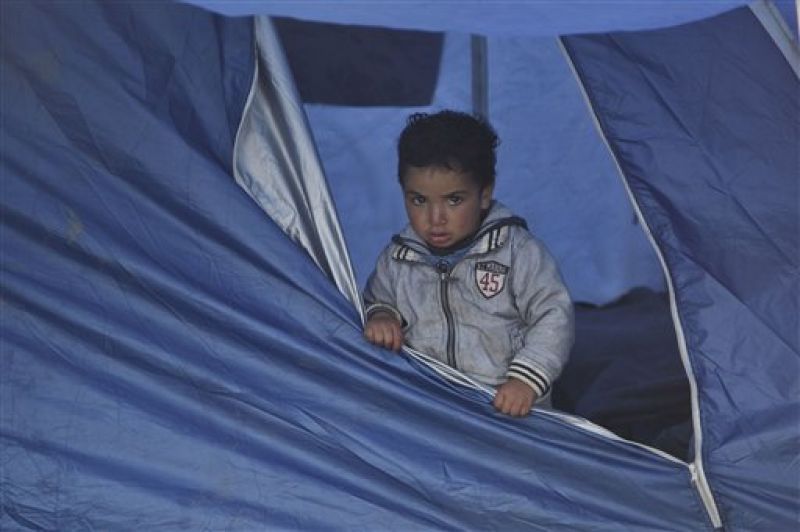 A migrant child takes shelter from the rain at the Greek border camp. (Photo: AP)

MSF doctors see about 60 children a day suffering from the results of the humidity and smoke, he said.

By the latest count, there were about 36,000 refugees and migrants stranded in Greece on Wednesday, their plans to travel further north blocked by border shutdowns throughout the Balkans.

Asima’s Syrian mother gave birth in the town of Kilkis, about 40 km (25 miles) away from the camp which has sprouted up in muddy meadows.

But she then promptly returned, waiting with at least 13,000 others to cross a frontier which now appears permanently shut.

A nurse from the 'Arsis' charity changes Asima’s nappy, saying she knows of at least five infants stuck in squalid conditions.

"I few minutes ago we had a three-month-old baby in who only weighed three kilos,” the nurse said, less than half the usual weight for that age.

"A few days after giving birth their parents bring them back to the camp. They are afraid of losing their place to cross the borders. Many are malnourished.” 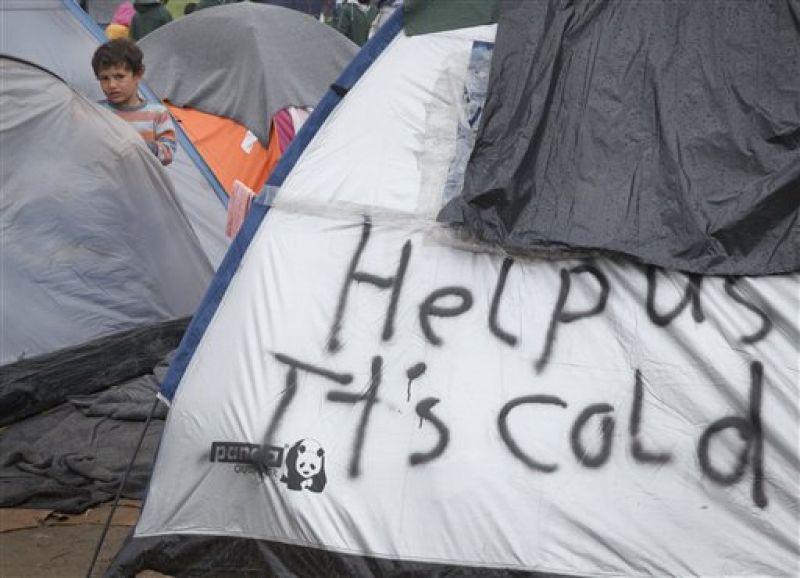 A child exits a tent during rainfall. (Photo: AP)

Sarala, in her early twenties, has been living there for 19 days, in a tiny tent covered in mud. She fled Idlib in Syria with her daughter, then 15 days old. She crossed into Greece about a month ago and wants to go to Germany.

The baby is wearing a pink babygrow also spattered with mud.

"I’ll stay at the camp until Macedonia open the borders," she told Reuters. She wouldn’t contemplate leaving for better conditions elsewhere. "I was one of the first to arrive at Idomeni. I don't want to lose an opportunity to pass".

Girls Takeover: Finland PM hands her post to teenager for one day