The Snapchat video of Bolt has given rise to rumors that the Jamaican sprinter might have been engaged to Kasi. (Photo: YouTube Screeengrab)
Rating:

Bora Bora: World's fastest man, Usain Bolt, who had been in the news for all the wrong reasons, has yet again surfaced online -- but this time with his longtime girlfriend, Kasi Benett.

While Bolt is holidaying in Bora Bora with Kasi, he posted a Snapchat with the caption that read, "She said yes!".

The Snapchat video of Bolt has given rise to rumors that the Jamaican sprinter might have been engaged to Kasi. 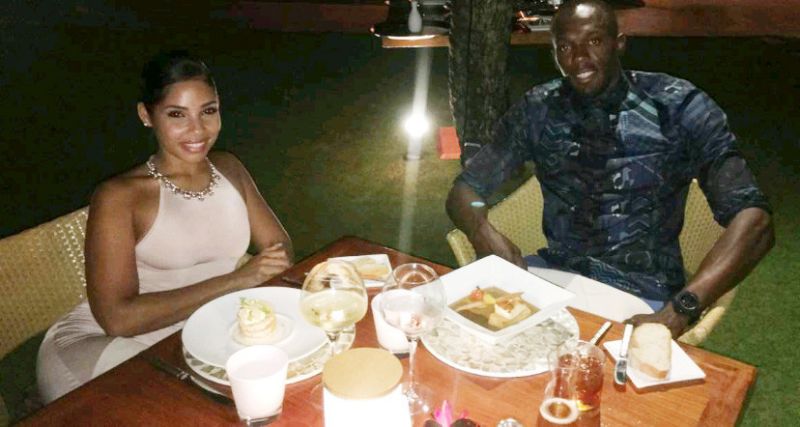 Prior to this luxurious holiday, Bolt found himself in the middle of a series of controversies that followed his Rio's triple win. He was photographed having sex with the 20-year-old Brazilian student, Jady Duarte, after celebrating his 30th birthday at a nightclub in Rio. He was also seen partying and dancing with several women at a nightclub.

Defending her brother for his behaviour, Bolt's sister Christine said, "I'm sure Kasi will be used to it by now. She is used to seeing pictures like this. People ask for pictures with him and he is always willing to have pictures. She is used to him being in the public domain."