Mothers at 15, pregnant teenagers of Romania tell their tale

Romania is home to the highest rate of teenage pregnancies in Europe. (Photo: AFP)

Botosani: "God has given me a beautiful little girl. But life is difficult because I am still a child myself," says Lorena, one of more than 2,000 girls under 16 who give birth in Romania each year, some as young as 12.

Cradling her baby, the 15-year-old who lives with her boyfriend and seven other families in an abandoned building, says she didn't plan to fall pregnant.

"I would have wanted to have waited until later," she adds. 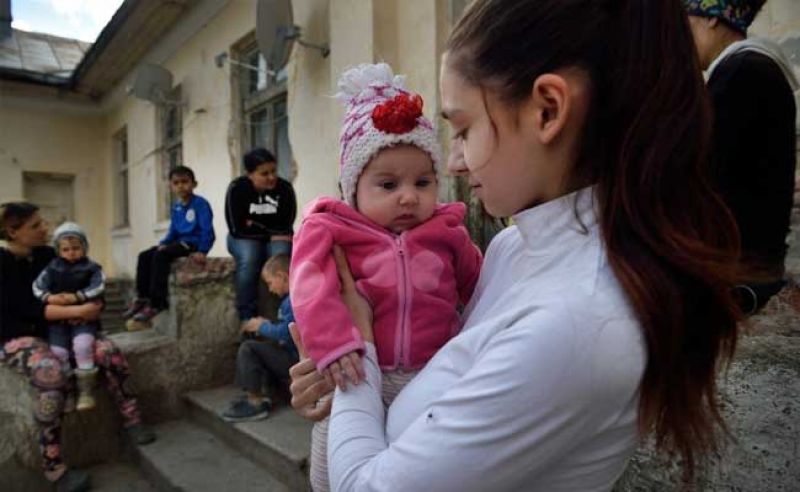 15-year-old Lorena holds her child at her home in an abandoned building where another few families live in a village near Botosani. (Photo: AFP)

A few kilometres (miles) away, Diana, also 15, says she cried when she discovered she was pregnant.

"My life has changed dramatically," she says, adding that she misses not being able to play with other girls her own age.

Abandoned by the father of her child, she and her baby live with her mother and six brothers and sisters.

Lorena and Diana are just two of the thousands of teenage mothers in Romania. 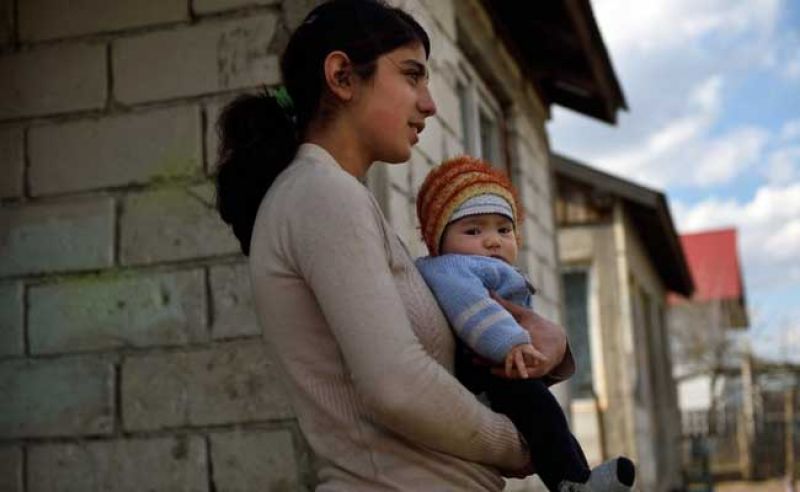 15-year-old Diana holds her child at their home in a village near Botosani. (Photo: AFP)

In 2013, 15.6 percent of first children in Romania were born to teenage mothers, according to the latest figures from Eurostat, the statistical office of the European Union, published in 2015.

It is the highest proportion in the EU, followed by Bulgaria where it is 14.7 percent.

The Romanian Institute of Statistics says around 18,600 teenagers gave birth in 2014 including 2,212 aged between 12 and 15 years. More than two-thirds of whom live in rural areas.

Charities and campaign groups believe that many come from the Roma minority, which numbers about two million in Romania, in which early marriage is widespread.

"This is a complex phenomenon caused by poverty, by emigration -- which means many children are left to the care of grandparents -- and especially by lack of health education," says Gabriela Alexandrescu, head of Save the Children in Romania.

"In the villages we went to, most young people had not had any (health education)," she says. 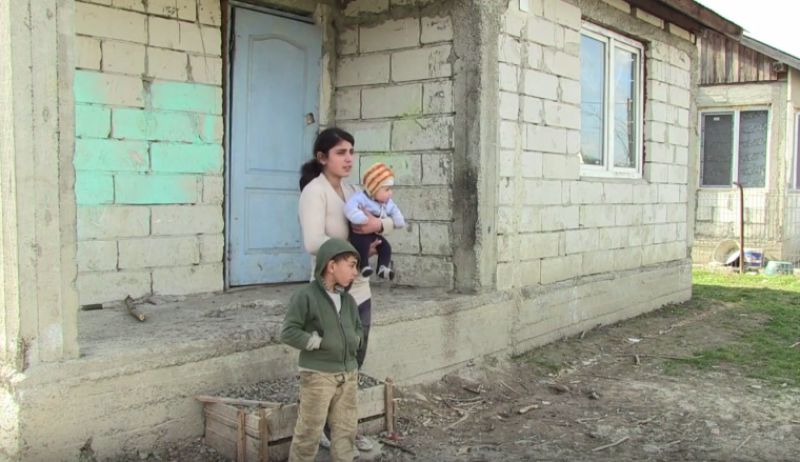 Many young mothers are forced to drop out of school or suffer from depression and their babies are often premature.

Last year, around 60 non-governmental organisations called on the Ministry of Education to introduce health education in schools, describing the situation as "critical".

They said educating young people on the subject would not just reduce the number of unwanted pregnancies, but also protect them against sexually transmitted diseases.

The UN Committee on Economic, Social and Cultural Rights last year urged Romania to adopt a national strategy on sexual and reproductive health, something the country's ministry of health says it favours.

But a host of organisations have opposed any such move saying there is no proof it would be effective in lowering the teenage birth rate.

"If this situation worries us then we have to start talking to parents to ask them to pay more attention to their children," says Cristina Benga, vice president of Parents for Religious Teaching.

Alexandrescu, however, underlines that underage mothers often "come from vulnerable, marginalised families" and urged social and health services to play a bigger role.

"Unfortunately, these girls only rarely see a doctor before they give birth," she said.

For Diana, her experience of early pregnancy and motherhood has left her psychologically scarred.

She says she now knows there are ways of guarding against pregnancy, and she is determined never to let the same thing happen again.

"I will never marry," she says, "so that I won't have any more babies."