On the run, Australian teen responds to cops on FB; asks them to use pleasing photo

Sydney: An Australian teenager, who was on the run, contacted police authorities on Facebook and pasted a flattering photograph of her in the comments section, requesting them to use this picture instead of the mugshots.

Identified as Amy Sharp, the 18-year-old had escaped from the Surry Hills Corrective Services Cell Complex in Sydney.

According to a report in the Daily Mail, police had released two mugshots of Sharp, informing people to watch out for her.

Soon after, Sharp responded to the police authorities by giving them a picture of herself with a note that read, "Can you use this photo, please and thank you... Yours Truly, Amy Sharp." 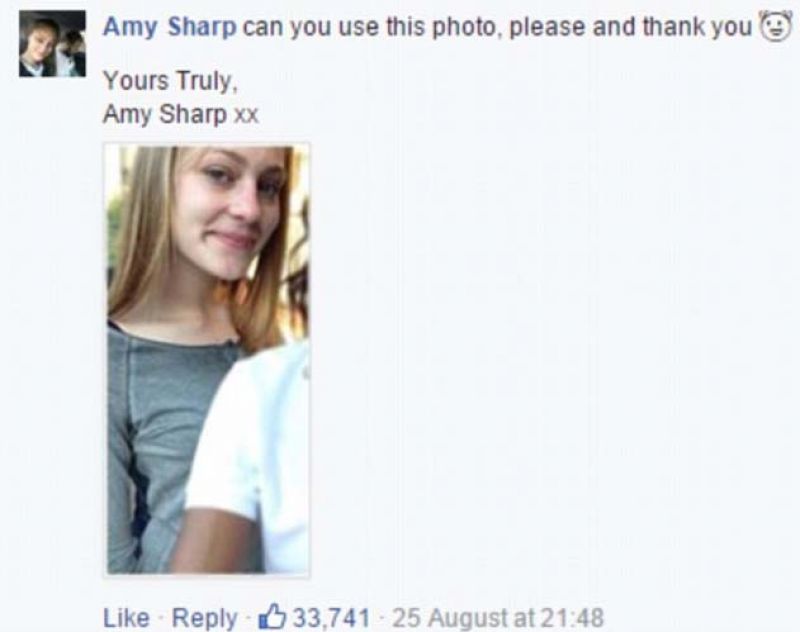 While some flooded her post's comments section with emoticons, an FB user wrote, "Why? You look like a junkie either way?"

Another one commented, "This is the best thing I have seen on Facebook."

Some of the users suggested police that they should use her Facebook post to track her down -- and it proved right! Sharp was arrested by police on Saturday at Wentworth Park and has been taken into custody for further questioning.