This image taken from the shooter’s video, which was filmed Friday, March 15, 2019, shows him as he drives and he looks over to three guns on the passenger side of his vehicle in New Zealand. (Photo: AP)

Wellington: Australian gunman Brenton Tarrant, who shot dead at least 49 people in two Christchurch mosques in New Zealand, live-streamed himself in the act.

Along with the video, Tarrant also posted a manifesto online explaining why he committed the attack. He attacked the mosques at 1.40 pm local time.

Tarrant posted photos to his now-suspended Twitter account of what appears to be guns, ammunition and a military-style vest.

The weaponry is scribbled with references to ancient battles and more recent attacks against Muslims. 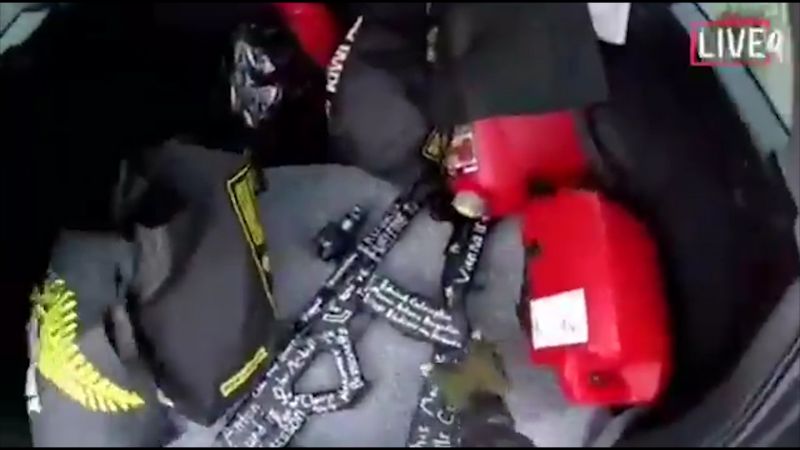 This image taken from the shooter’s video, which was filmed Friday, March 15, 2019, shows a gun in his vehicle in New Zealand. (Photo: AP)

In the Facebook video, the gunman walked around the corner and up the path into the Al Noor Mosque. He walks through the front door and opens fire indiscriminately.

The video shows him firing into many rooms with a semi-automatic rifle, leaving bodies strewn on the floor as others ran for their lives. 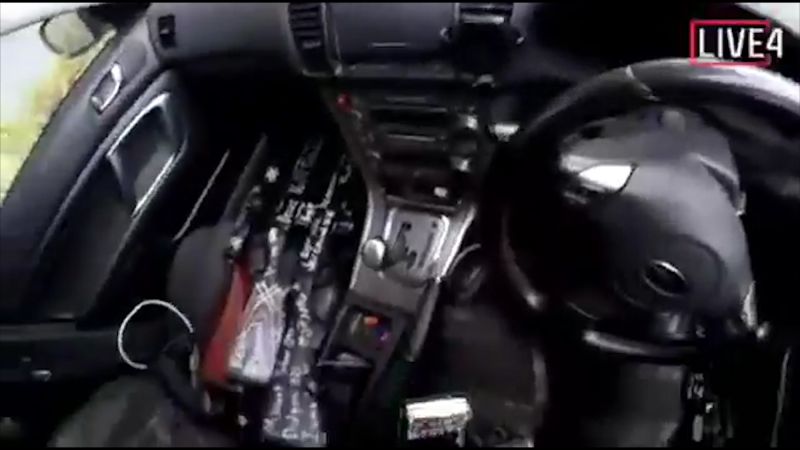 This image taken from the shooter’s video, which was filmed Friday, March 15, 2019, guns on the passenger side of his vehicle in New Zealand. (Photo: AP)

The disturbing 17-minute video shows the attack, from the end till he fled in his car.

Four people, among them a woman, have been arrested after the incident. It was not immediately clear if Tarrant was among them.

In the 74-page manifesto posted online, he described himself as “just a regular White man”.

The 28-year-old noted he was born “to a working class, low-income family… who decided to take a stand to ensure a future for my people”.

He was born in Australia to Scottish, Irish and English parents.

According to his manifesto, he tried to answer some questions that everyone wants an answer for.

What does Brenton Tarrant’s manifesto say?

The manifesto published on Brenton Tarrant’s Facebook page begins with a poem about rage.

The poem ends with, “Do not go gentle into that good night.”

“If there’s one thing I want you to remember from these writings,” introduction reads, “its [sic] that birthrates must change”.

The rambling text talks about deporting all Non-Europeans, and the supremacy of the European people.

He has also cited a number of Wikipedia pages, but the words themselves are nonsensical and heavily racist, referring to something he calls ‘The White Genocide’.

Why did he carry out the attack?

Tarrant writes, “To most of all show the invaders that our lands will never be their lands,” before citing ‘revenge’.

He said the attacks were “to take revenge for Ebba Akerlund,” a 12-year-old Swedish girl who was murdered in the Stockholm lorry attack which took place in April, 2017.

Later in the manifesto, Tarrant identifies the 12-year-old girl as the catalyst for his own “violent attack.”

Tarrant adds that his motivation was, “To directly reduce immigration rates to European lands by intimidating and physically removing the invaders themselves.”

Why did he target those people?

He said they was an obvious, visible and large group of invaders, from a culture with higher fertility rates, higher social trust and strong, robust traditions that seek to occupy my people’s lands and ethnically replace my own people.

For how long did he plan this attack?

He said he began planning an attack roughly two years ago and zoomed in on the mosques in the last three months.

Why did he choose this time to attack?

According to Tarrant, the best time to attack was yesterday, and the next best time today. The attack was planned to allow enough time to train, form a plan, settle his affairs, write down his views and enact the attack.

Why did he choose New Zealand as a place to attack?

He also added that an attack in New Zealand would bring to attention the truth of the assault on our civilization, that no where in the world was safe, the invaders were in all of our lands, even in the remotest areas of the world and that there was no where left to go that was safe and free from mass immigration.

Does he consider it a terrorist attack?

“By the definition, then yes. It is a terrorist attack. But I believe it is a partisan action against an occupying force,” Tarrant said in his document.

Does he feel any remorse for the attack?

Tarrant in his manifesto said, “No, I only wish I could have killed more invaders, and more traitors as well.”

Was the attack “racist” in origin?

According to Tarrant, the fertility rates are innately tied to race and yes there was a racial component to the attack.

If he survives, does he intend to go on trial?

He confidently in his manifesto states that he does intend to go on trial and will plead not guilty.

49 people have been killed after a gunman opened fire at two mosques in the New Zealand city. New Zealand Police urged anyone in Christchurch to stay indoors and report any suspicious behaviour.

■'There was blood everywhere,' says eyewitness in NZ mosque shooting