A security guard sits outside the the Mossack Fonseca law firm in Panama City. (Photo: AP)

Wellington: Wealthy Latin Americans are using secretive, tax-free New Zealand shelf companies and trusts to help channel funds around the world, according to a report on Monday based on leaks of the so-called Panama Papers.

Pressure is mounting on Prime Minister John Key to take action after local media analysed more than 61,000 documents relating to New Zealand that are part of the massive leak of data from Mossack Fonseca, a Panama-based law firm.

The papers have shone spotlight on how the world’s rich take advantage of offshore tax regimes. 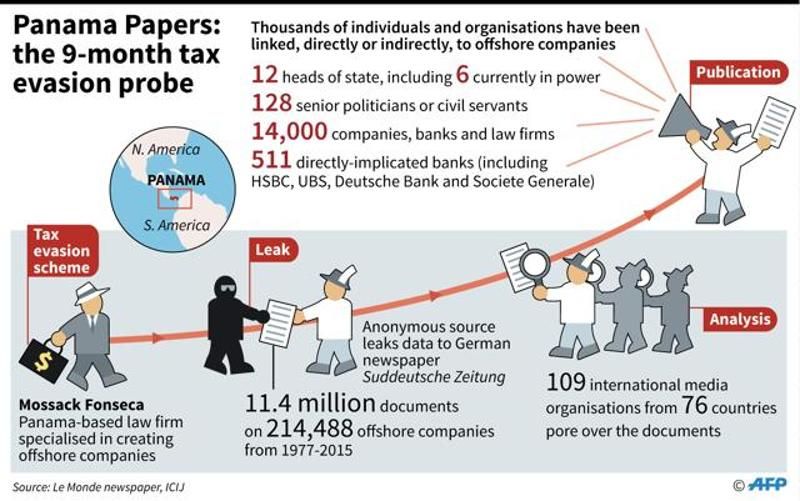 Mossack Fonseca actively promoted New Zealand as a good place to do business due to its tax-free status, high levels of confidentiality and legal security, according to a joint report by Radio New Zealand, TVNZ and investigative journalist Nicky Hager.

Opposition Labour Party leader Andrew Little said the government must act to “preserve New Zealand’s reputation by shutting down the system that sees our country implicated in a massive global network of tax avoidance.”

The New Zealand government said last month it would begin a review of its foreign trust laws after the Panama Papers highlighted vulnerabilities in its legal framework that made it a possible link in international tax avoidance structures because its foreign trusts are not subject to tax. 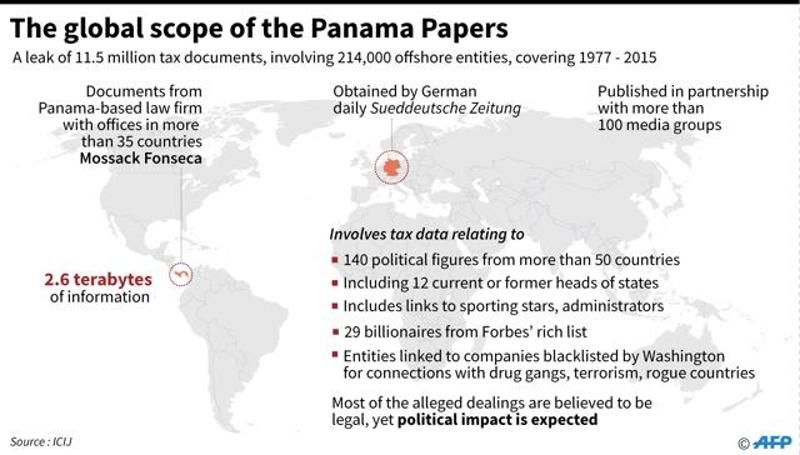 Graphic on the size and scope of the Panama papers leak. (Photo: AFP)

United Future leader Peter Dunne, who was the ministe for Revenue from 2005 to 2013, called on the government to take action by reviewing its current disclosure rules and broadening its network of tax information exchange agreements.

“These revelations challenge the identity of New Zealand - we do not want to be seen as a country that enables tax evasion,” he said.

“New Zealand is barely ever mentioned, it’s a footnote,” Key told TVNZ in reference to the Panama Papers.

Governments across the world have begun investigating possible financial wrongdoing by the rich and powerful after the leak of more than 11.5 million documents from Mossack Fonseca.

The papers have revealed financial arrangements of prominent figures, including friends of Russian President Vladimir Putin, relatives of the prime ministers of Britain and Pakistan and of China’s President Xi Jinping, and the president of Ukraine.

Thompson was listed in more than 4,500 Panama paper documents, the report said.

Thompson said in his experience, the use of trusts for tax evasion was not common and his firm did not assist people to illegally hide assets.

“I think the assumption that all New Zealand foreign trusts are being used for illegitimate purposes is unfounded and based largely on ignorance,” Thompson was quoted as saying by Radio New Zealand.

When contacted by Reuters, Bentleys New Zealand said Thompson was not in the office.