With no food, just a few clothes and a torch, technician Thomas Mason began walking to avoid a herd of wild camels. (Photo: Screengrab 9news.com.au)

Melbourne: A 21-year-old man has scripted an incredible tale of survival after crashing his car while travelling through a desolate Australian outback by walking about 140 km before getting help and drinking his own urine to stay alive.

Technician Thomas Mason was working in a remote community near the Northern Territory and South Australia border last week.

After finishing the job, he was driving down a remote track near Yulara when he swerved to avoid a herd of wild camels and rolled his car.

Mason escaped without injury but was stranded without water in one of the most desolate and unforgiving places in Australia.

He was stranded about 150 km from the nearest town in the Northern Territory last Wednesday. He trekked for more than two days and resorted to drinking his own urine before being rescued, police said. 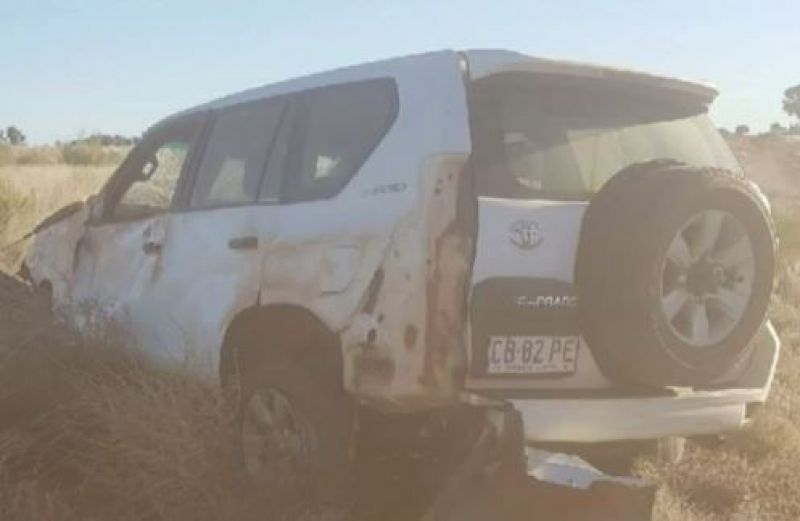 Technician Thomas Mason after his car crashed while travelling through a desolate Australian outback. (Screengrab | 9news.com.au)

"I knew I was either going to be out there and die or get back to the highway and see somebody," Mason told 9NEWS.

With no food, just a few clothes and a torch, he began walking. Mason had lost phone reception that day and no-one was expecting to hear from him for another 24 hours.

"It definitely went through my mind, thinking how long would it take for someone to realise I'm not actually coming anymore," he said.

Incredibly, he found a water tank and a bottle of water on the side of the road.

But it only went so far and he was forced to drink his own urine to survive.

"There was about three or four times on the dirt road that I was ready to stop and give up completely," he said.

After about two days when their son had not checked in Gary and Debbie Mason knew something was wrong.

By the time, Mason found a main road on Friday night, he had been in the outback for 60 hours and had walked 140 km.

He eventually found help and got in contact with his anxious mother and father.

"I couldn't imagine being out here another night if they did not come and find me," Mason said. "I'm lucky to be here," he added.

Police said Mason was treated for exposure and dehydration, but was otherwise in "remarkably fine spirits".

Europe row: Iran may pull out of N-deal

Human bodies move for over a year after death, find Australian scientists