Everyone dreams of climbing Mount Everest once; this man has done it 23 times!

Kami and seven other Nepali’s reached the top of Mount Everest on Tuesday. (Photo:AP)

Nepal: Nepali Mountaineer Kami Rita Sherpa became the first person ever to climb Mount Everest – highest summit on Earth -- for a record 23 times on Tuesday. He is also a Guinness World Record holder.

The climbing season runs from March through May. Kami Rita started the climb from the Nepal side of the range, which is one of the two routes to get up top, the other being Tibet.

The sherpas, well renowned for their endurance, grit and experience at high altitudes, serve as guides for many foreign mountaineers wanting to reach the highest Himalayan points.

Kami and seven other Nepali’s reached the top of Mount Everest on Tuesday. They opened the routes for potentially record number of climbers who will attempt to climb the highest peak in the coming weeks.

A team of experienced mountaineers were waiting for powerful jet streams raging around the top of Everest to subside to fix ropes to the summit for foreign climbers. 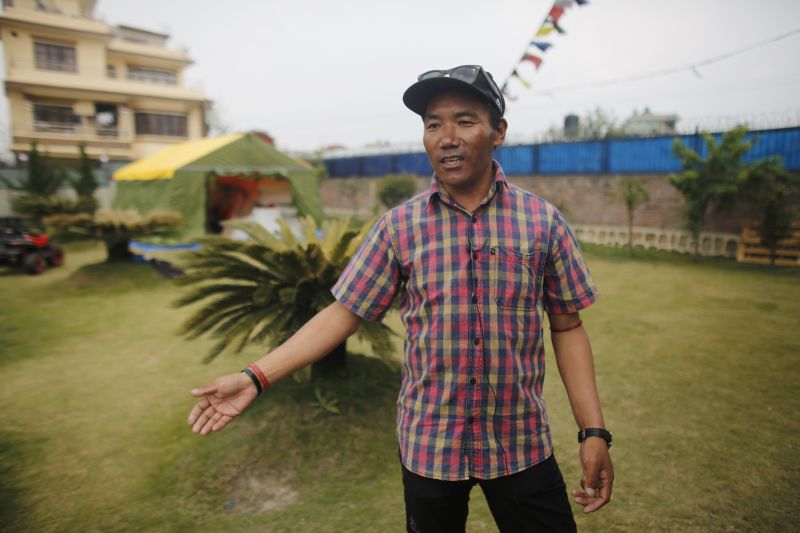 Rita has scaled Mount Everest for a 23rd time, breaking his own record for the most successful ascents of the world's highest peak. Officials say Rita reached the summit with other climbers Wednesday morning and all of them were reported to be safe. Rita's two closest peers have climbed the 8,850-meter (29,035-foot) peak 21 times each, but both of them have retired from mountain climbing. (AP Photo/Niranjan Shrestha)

Ishwari Paudel of Himalayan Guides Nepal, the company assigned to fix the ropes told AFP that it was really difficult this year and they were actually worried if the assigned eight climbers would reach the top but the weather finally gave way and got friendlier.

Mr Poudel said that many teams were preparing to summit in the next few days.

Nepal has issued a record 378 permits costing USD 11,000 each to mountaineers for this year's spring climbing season, sparking fears of overcrowding if the weather cuts down the number of climbing days.

Majority of the hopefuls are assisted by Nepali guide, that means about 750 climbers will flock the same path to the top of 8850 metre long range in the upcoming weeks.

As many as 140 others are preparing to scale Everest using the northern route from Tibet, according to expedition operators, potentially taking the total past last year's record. 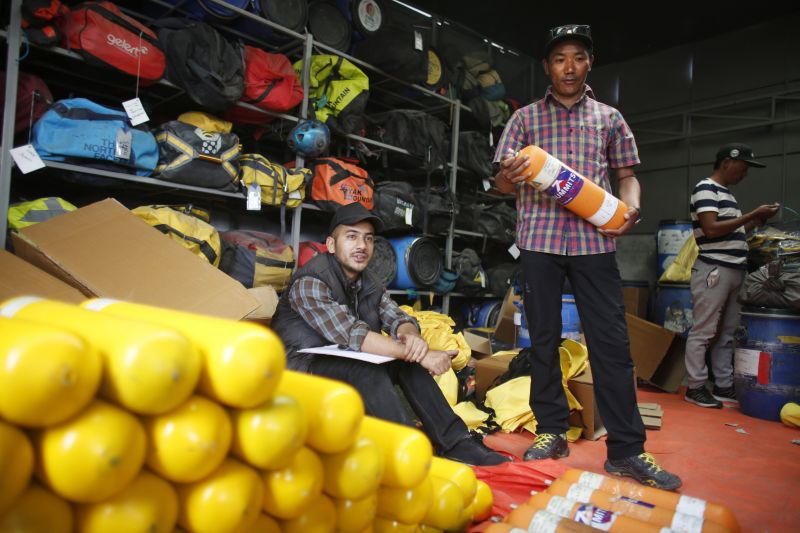 In this April 4, 2019, file photo, record holding Sherpa guide Kami Rita checks oxygen cylinders and other supplies needed for climbing Mount Everest, in Kathmandu, Nepal. Rita has scaled Mount Everest for a 23rd time, breaking his own record for the most successful ascents of the world's highest peak. (Photo:AP)

Everest attracts hundreds of mountaineers each spring, when a window of good weather opens up between late April and the end of May, prompting a rush for the top.

A record 807 climbers reached the summit of Mount Everest last year, with 563 people climbing from the south and 244 from the northern flank in Tibet. The mountain also claimed the lives of five climbers, including an experienced Sherpa guide who was knocked down a crevasse by a rescue helicopter.

A boom in climbers has made mountaineering a lucrative business since Sir Edmund Hillary and sherpa Tenzing Norgay made the first ascent in 1953. There are mounting concerns, however, that the numbers are unsustainable, with fears of dangerous overcrowding as well as a worsening environmental situation. 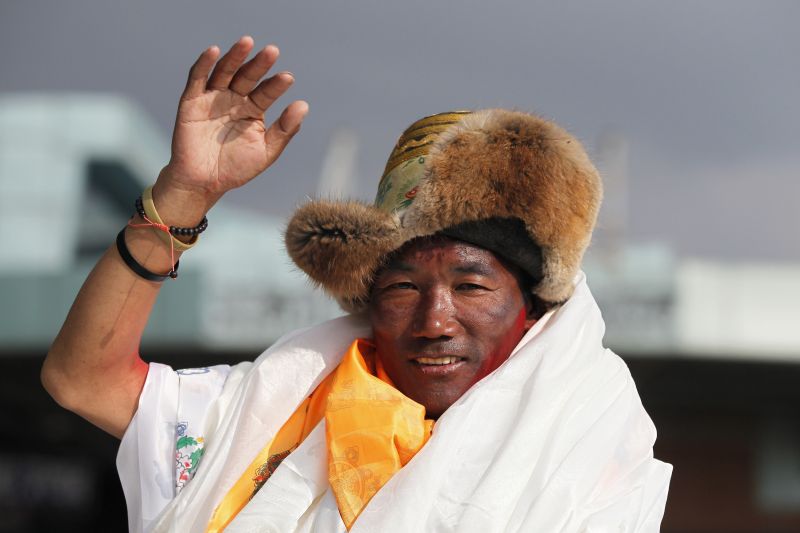 Nepalese veteran Sherpa guide, Kami Rita, 48, waves as he arrives in Kathmandu, Nepal. Rita has scaled Mount Everest for a 23rd time, breaking his own record for the most successful ascents of the world's highest peak. (Photo:AP)

In April a clean-up team brought back three tonnes of garbage from the mountain left behind by climbers including climbing gear, gas canisters and excrement.

UN calls for restraint after killing of Iranian nuclear scientist

Taiwan says military under pressure from China as missions mount