BVR Mohan Reddy: A living example for success by design
World Asia 14 May 2019 Amid US pressure, Te ...
World, Asia

Amid US pressure, Tehran sends Foreign Minister to India for talks

Zarif and Sushma Swaraj are likely to discuss the impact of the US decision and how to develop a course of action to deal with it. (Photo:AP)

New Delhi: Not everything seems to be good on the Western front!

India will be looking with serious concern as the relationship between the United States and Iran is in a dire state and with each passing day it seems to be getting worse. Things are tricky for India, with Iran’s Foreign Minister Mohammad Javad Zarif flying to India on Monday for a scheduled meeting with India’s External Affairs Minister Sushma Swaraj. Zarif is hoping India would rally behind Iran and throw its weight in what characteristically looks like a no holds barred conflict with the US.

The United States have deployed an aircraft carrier and B-52 bombers to send a clear message to Iran and the mullahs that it means business. Iran, refusing to back down to the US pressure, has ratcheted up tensions.

Zarif is making the trip after a few weeks earlier Donald Trump decided to corner Iran, declaring that US will no longer grant sanctions exemptions to Iran’s oil customer. The end to the waivers, means India no longer will be able to import oil from Iran, or else its state owned or private firms will face groundbreaking US sanctions.

Also Read: It would be big blunder for Iran to try anything against US: Donald Trump

Sources told The Indian Express that the Iran oil issue was flagged during Wilbur Ross’ visit last week, but US is showing no sign of flexibility to bulge.

Sources also reported that Zarif will brief Swaraj on the impact of withdrawal of JCPOA i.e Joint Comprehensive Plan of Action and its long and short term consequences and impacts. This will be Zarif’s second visit in 2019.

US policy toward Iran, announced in May 2018, involved withdrawing from JCPOA. It gave all the countries six months to bring down all oil imports to zero.

President Donald Trump abandoned the landmark deal between Iran and P-5+1 countries. Other countries in the deal namely UK, France, Germany, China and Russia, along with Iran itself highly opposed the decision. 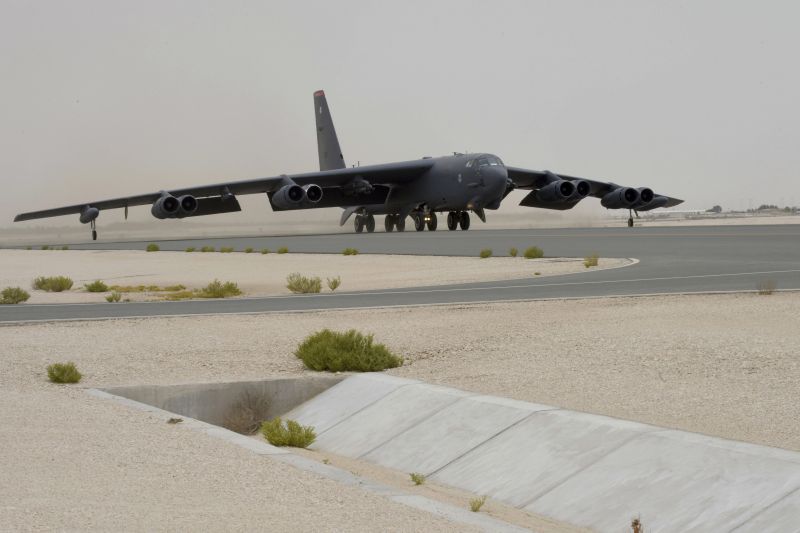 In this Sunday, May 12, 2019 photo released by the U.S. Air Force, a U.S. Air Force B-52H Stratofortress aircraft assigned to the 20th Expeditionary Bomb Squadron taxis for takeoff on a runway at Al Udeid Air Base, Qatar. (Photo:AP)

In November, The white house then gave a six month waiver to eight countries, which included India to bring down oil imports to zero.

Early April, Washington made it clear to New Delhi that it supported them throughout the pulwama attacks and it expects India to return the favour and reciprocate. They want India to support the Trump administration’s will to disrupt and break Iran’s terror networks.

The US were the frontrunners at the United Nations Security Council to list Jaish-e-Mohammed chief Masood Azhar as global terrorist and during those discussions expected assurances from the Indian government on the Iran issue.

India were rather tight lipped after Donald Trump decided to end the waiver but after the April 22 announcement India said they were well equipped to eclipse the impact of the US decision.

Raveesh Kumar, spokesperson for Ministry of External Affairs, said the government will be working with partner nations, including the US, to find every possible way to secure and safeguard India’s energy and economic situation. “We are adequately prepared to deal with the impact of the US decision,” he said.

China warned US officials not to interfere in its relationship with India: Pentagon