A Thai well wisher puts a poster to pray for boys and their soccer coach who had been trapped since June 23, in Mae Sai, Chiang Rai province, northern Thailand. (Photo: AP)

Mumbai/ Chiang Mai: After an extensive 18-day long search and rescue operation, Thailand’s soccer team called as Wild Boars, was rescued on Tuesday from the cave which they went to explore after their game practice on June 23.

The team included 12 young soccer players and their coach who were stranded in the Tham Luang cave. The cave is situated on the border between Thailand and Myanmar.

The search and rescue operations began on June 23. The team of 13 entered the cave but unexpected heavy rains blocked their way when they were heading towards the exit.

Search for the team began immediately, and over a week there was no sign of the team anywhere and no contact could be made with anyone. The search efforts were widened amid intense worldwide media assistance.

Timeline of the operation:

June 23 (Saturday): Wild Boars team enter and got stranded in the cave. They were reported missing. Officials found bicycles, shoes near the entrance of the cave.

June 24 (Sunday): Officials found handprints and footprints outside the cave and believed that it belonged to the team.

June 26 (Tuesday): Divers forced out of the cave due to flood waters and unable to make contact with the team.

June 27 (Wednesday): With Thai Navy SEAL and British diving experts, a team of more than 30 military personnel from the United States arrived to assist in the search operation.

June 28 (Thursday): Heavy rainfall led to floods inside the cave which further led to suspension of rescue operations. Water pumps were brought in to flush out rising and murky flood water.

June 29 (Friday): Thailand’s leader visited the cave and asked families and relatives not to give up hope. 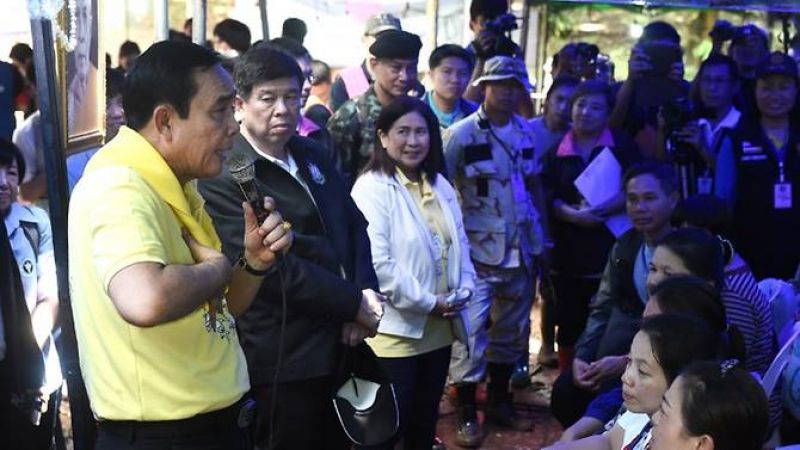 June 30 (Saturday): A break in rain allowed divers to reach further inside the cave.

July 1 (Sunday): Divers moved ahead and set up ‘Chamber Three’ and air tanks and other supplies are taken to the base. 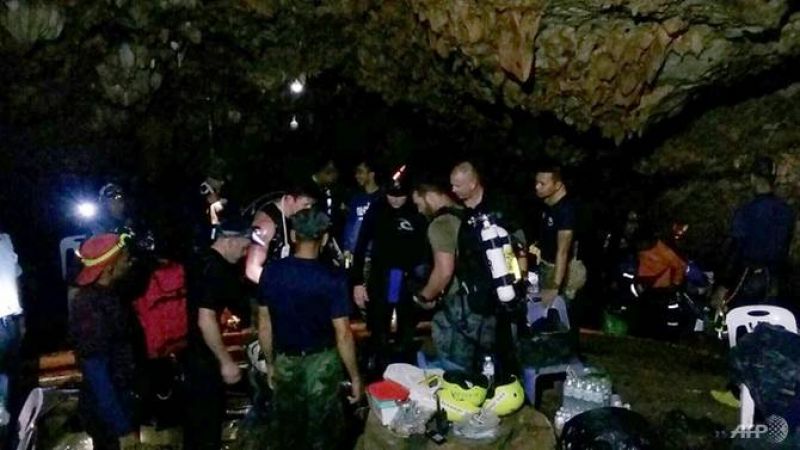 The journey to the area where the boys are trapped takes a skilled Navy SEAL diver about six hours. (Photo: AFP)

July 2 (Monday): The team and their coach are found alive about 400 meters beyond ‘Pattaya Beach’. The good news was given to families but rescuing them out safely became a task for the rescuers. 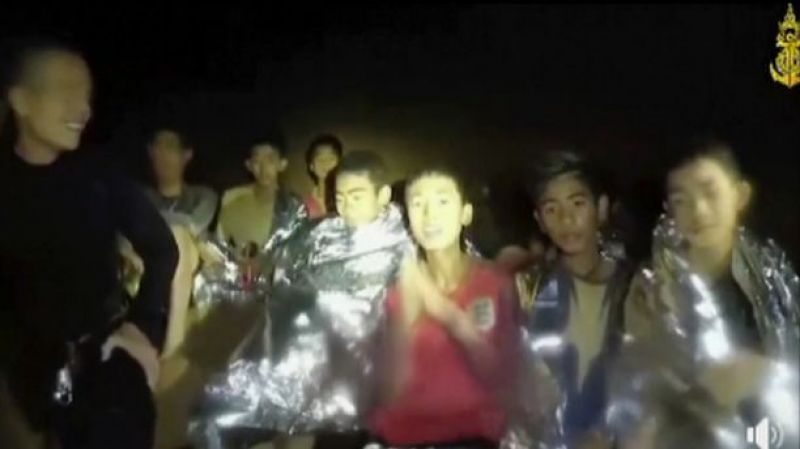 The image taken from video provided by the Thai Navy Seal, Thai boys are with Navy SEALs inside the cave, Mae Sai, northern Thailand. (Photo: AP)

July 3 (Tuesday): Food and other supplies were provided to the team for the time they were not rescued from the cave.

July 4 (Wednesday): The rescuers pumped out the water and officials taught the team how to use diving masks and other equipment.

July 5 (Thursday): As monsoon season begun, rescuers had to move quicker than they thought.

July 6 (Friday): Thai Navy SEAL diver died due to lack of oxygen which raised concerns of attempting safety rescue of the team. 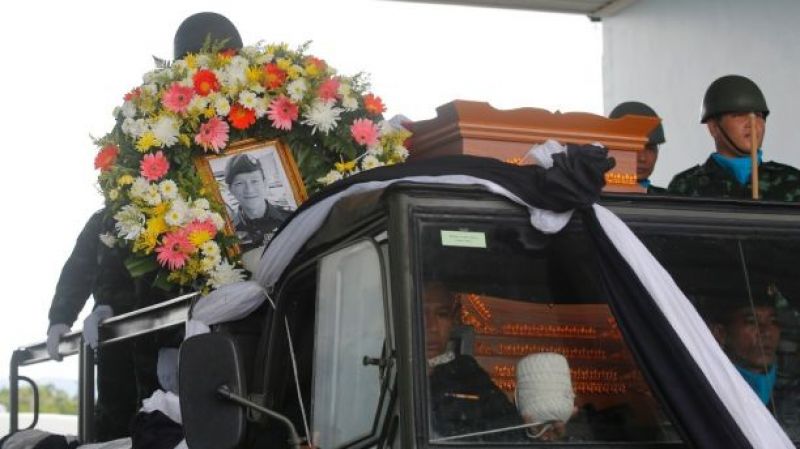 The body of Saman Kunan, a former Thai navy SEAL who died during an overnight mission, is carried during a repatriation and religious rites ceremony at Chiang Rai Airport. (Photo: AP)

July 7 (Saturday): Rescue operation head, Narongsak Osottanakorn said the team wasn’t ready to dive. Team coach sends a letter, offered ‘apologies’ to the families and ask them not to worry.

July 8 (Sunday): Divers rescued four boys, send them to hospital. Operation halted for at least 10 hours to allow oxygen and other supplies to be replenished.

Read: 4 Thai boys rescued from cave, next phase of ops after 10 hours

July 10 (Tuesday): Final and last phase began; the remaining four boys and coach were taken out with three SEALs and doctor who stayed with them.

Read: Rescuers gear up for final push to save remaining five from Thai cave

Over 1,000 including Thai Navy SEALs and volunteers from across the globe were involved in the rescue operation. Countries like United States, China, Germany, India, Finland, Australia, Canada, Belgium, Denmark and many other nations volunteered and helped in the operation.

In fact, billionaire, Elon Musk also volunteered to help in the operation and designed a ‘kid-sized’ submarine to evacuate the team, went to the site to deliver the submarine but Thai authorities declined as they considered it to be impractical.

Some good feedback from cave experts in Thailand. Iterating with them on an escape pod design that might be safe enough to try. Also building an inflatable tube with airlocks. Less likely to work, given tricky contours, but great if it does.

FIFA also invited the team to the World Cup final but the team won't be able to make it due to health conditions.

After the operation was successful, divers revealed that the water pumps failed just hours after the last boy evacuated and around 100 workers inside the cave evacuated within an hour as water started rising in a great speed.

It is said that the water that was flushed out has been diverted to various agricultural fields and underground wells, ruining the framing.

One of the farmers said that he is happy and proud of little but significant contribution to the rescue of the team in spite his land got ruined because of the flushed water.

However, in this ‘miracle’ rescue operation, Saman Kunan, a 38-year-old ex-Thai SEAL lost his life on July 5 while returning back to the cave entrance after delivering sir supplies to the team.

Read: Thai diver on cave rescue mission dies due to lack of oxygen

Richard Harris, who is a world-renowned medic, diver present in rescue of the team, was reportedly last person to leave water-logged cave. As soon as, the operation was declared a success, he was informed that his father has passed away.