The cattle herder said that when she heard the cries and stepped forward in the direction, she saw a tiny foot sticking out under a eucalyptus tree. (Photo: YouTube Screengrab)

Khon Kaen, Thailand: A newborn who was stabbed 14 times and buried alive by his mother in Thailand's Khon Kaen province is making speeding recovery after he was saved by a passer-by.

According to a report in the Mirror, the newborn was found with his face down in a shallow grave. A cattle herder who was passing by, heard the baby crying and stopped by to see what it was.

The cattle herder said that when she heard the cries and stepped forward in the direction, she saw a tiny foot sticking out under a eucalyptus tree. When she dig up the soil, she was shocked to find a newborn baby.

The baby was immediately rushed to the hospital and police were informed. 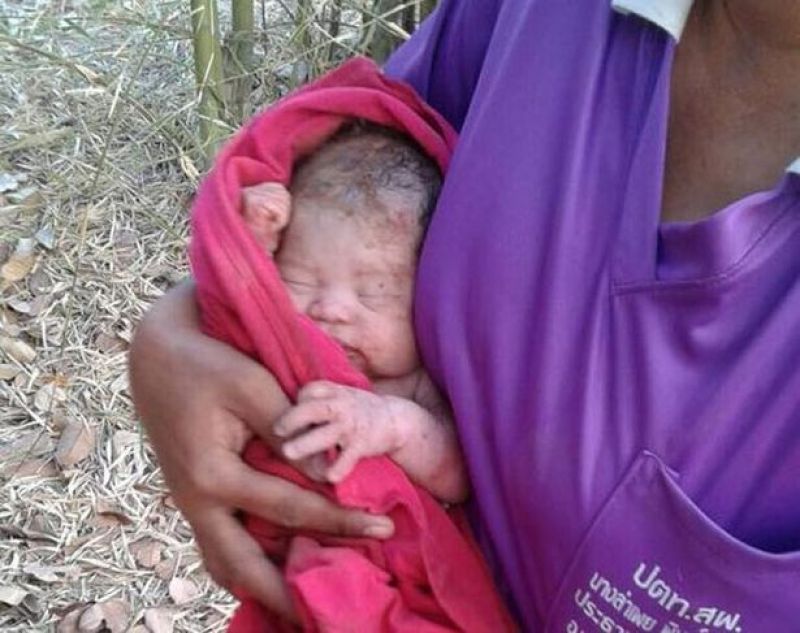 Doctors at the hospital said that it was the pressure of soil that prevented the newborn from bleeding to death. They also said that the baby had bruises on his stomach, hinting towards physical abuse.

Medics also said that the baby was just a few days old. The newborn has been kept at the Kaen Thong Orphanage since the tragedy. He was named Aidin by people at the orphanage. Authorities said that baby Aidin will now be adopted by a Swedish couple, adding that they were 'very happy for him'.

"All of the safety checks have been carried out to make sure Aidin goes to a good home. We're very happy that he will be going to a good home and (will) have a comfortable life," said authorities at the orphanage.

Meanwhile, police tracked down Aidin's biological mother with the help of locals and the footprints left at the crime scene. She has been charged with attempted murder and disowning the child.