Thank you to painter Shen Shu & his team from Hangzhou’s Zhejiang Kaiming Art Gallery for the special gesture today, he tweeted. (Photo: Twitter)

Hangzhou: Prime Minister Narendra Modi was on Sunday presented with a hand-painted oil-painting of himself by a Chinese painter and Chinese translations of ancient Indian texts including Bhagavad Gita and essays of Swami Vivekananda.

Modi, who arrived here yesterday for the G20 summit, was gifted a set of 10 Chinese translations of the ancient Indian texts by Indophile Professor Wang Zhicheng, who teaches Hindi at the prestigious Peking University. 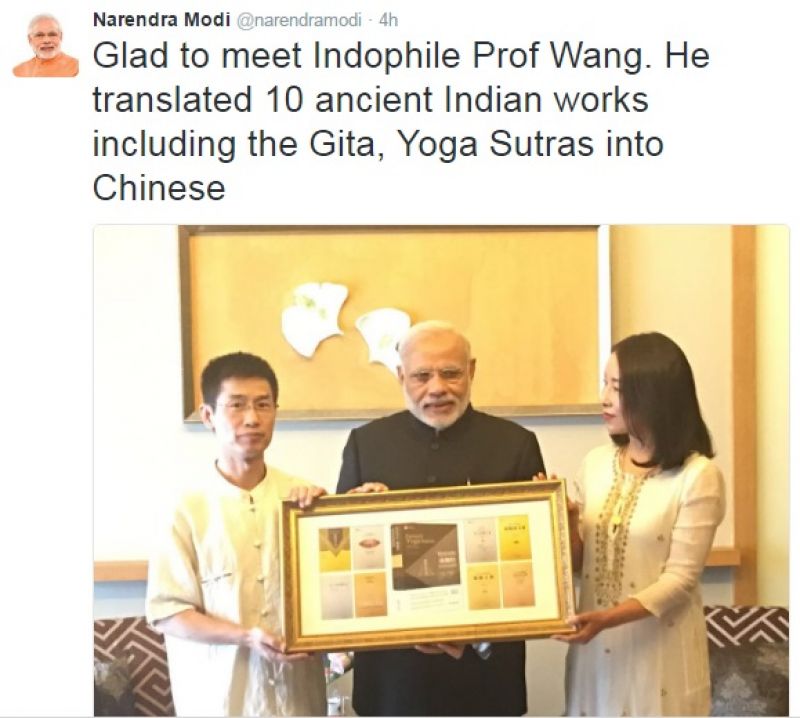 The translations include Yoga Sutras of Patanjali, Narada's Bhakti Sutras, Yoga Vasistha among others.

The Prime Minister was also gifted a portrait of himself by Professor Shen Shu from Hangzhou's Zhejiang Kaiming Art Gallery.

The painting took nearly four months to complete, Swarup said in a tweet.