US Trade Representative Robert Lighthizer and Treasury Secretary Steven Mnuchin shook hands with Vice Premier Liu He Wednesday morning before the group went behind closed doors for the twelfth round of bilateral talks between the world's two largest economies. (Photo: AFP)

Shanghai: Chinese and US trade negotiators started official trade talks in Shanghai Wednesday in a bid to bring an end a year-long trade war, despite a Twitter tirade by President Donald Trump slamming China's commitment to making a deal.

US Trade Representative Robert Lighthizer and Treasury Secretary Steven Mnuchin shook hands with Vice Premier Liu He Wednesday morning before the group went behind closed doors for the twelfth round of bilateral talks between the world's two largest economies.

Washington and Beijing have so far hit each other with punitive tariffs covering more than USD 360 billion in two-way trade in an impasse centred on demands for China to curb the alleged theft of American technology and provide a level playing field to US companies.

The US officials arrived in Shanghai Tuesday and joined Chinese officials for dinner and informal discussions -- but Trump took to Twitter to lambast China. 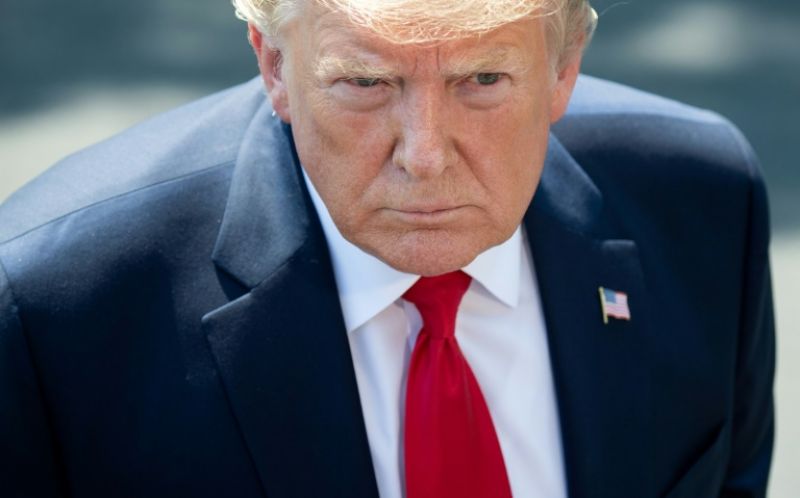 "My team is negotiating with them now, but they always change the deal in the end to their benefit," Trump tweeted Tuesday.

It is the first face-to-face negotiation since the US leader agreed to a truce with Chinese President Xi Jinping in June. Trump had accused China of reneging on its commitments when previous talks broke down in May.

This time the US leader said Beijing was supposed to start buying US agricultural products but they have shown "no signs that they are doing so".

"That is the problem with China, they just don't come through," he said on Twitter, hitting an already-tense relationship between the two countries.

Analysts said Trump's tweets will do little to ease the already-tense relationship between Washington and Beijing.

A commentary in the Communist Party mouthpiece People's Daily on Wednesday, while not mentioning Trump by name, complained that as the talks started, "the drums of some Americans struck again on the side, disturbing the main melody".

"Whatever shred of optimism markets had about the ongoing trade negotiations were dealt as a severe blow when President Trump flew off the handle again at China for not buying American agricultural products," said Stephen Innes, managing partner at VM Markets Singapore.

"(The tweets show) Trump seems eager to get a deal, that shows his weakness," said Shanghai-based professor Shen Dingli.

The kick-starting of trade negotiations are still being seen as positive -- even if little of substance is expected.

"The short duration of the current meeting to me suggests that this is exploratory," said J. Michael Cole, a Taipei-based senior fellow with the Global Taiwan Institute in Washington.

"It signals that no major breakthroughs are expected and that the expectations of achievements are modest at best, which might be a wise thing given the acrimonious nature of the relationship at present."

However, expectations were already low before Trump's tweetstorm, and trade officials on both sides were keeping a low profile. 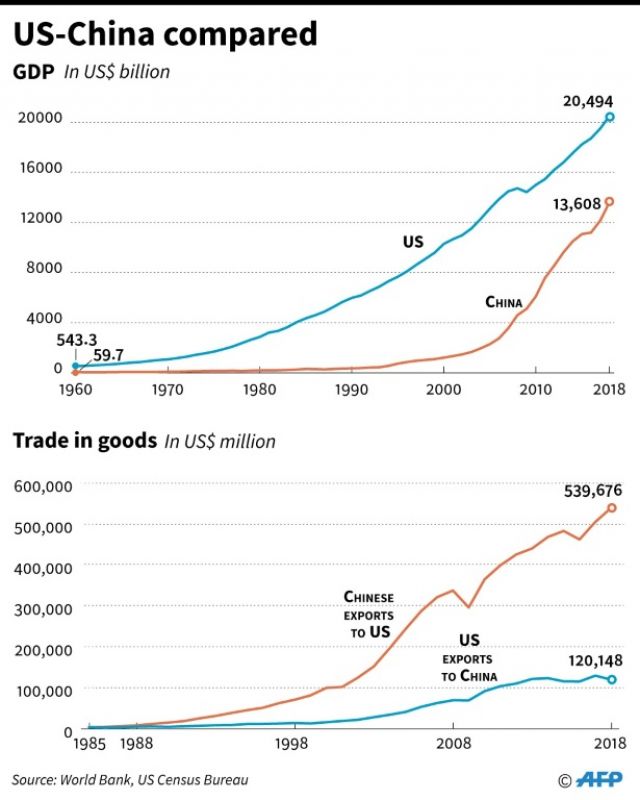 US trade negotiators entered and left their hotel on Shanghai's famous waterfront through side doors without going through public areas, and did not stop to speak to the press or show their faces.

The city's Peace Hotel, a famous hotspot and tourist attraction where the two sides were believed to have met for dinner on Tuesday evening, closed its doors to all visitors ahead of the US motorcade arriving.

Trump said last week he believed Beijing was hoping to delay a deal until after the US presidential election in November 2020, saying China wanted to see if a Democratic opponent wins the vote so it could "continue to ripoff the USA".

"He (Trump) can't afford politically to step up and say 'I made a great deal with China' when it's not a great deal," said Derek M. Scissors, a resident scholar at the American Enterprise Institute.

"So the most likely outcome is we get nothing until the election."

US media rocked by massive job cuts amid economic gloom

'We're all shattered': Loved ones, community hold vigil for slain Sikh family in US