Putting up a wall along the US-Mexico border was part of Trump's campaign agendas, following which he issued an executive order in January for the beginning of its construction. (Photo: AP)

New York: With the Democrats and Republicans preparing for budget negotiations this week, President Donald Trump has expressed confidence that Mexico will 'eventually' pay for the border wall. 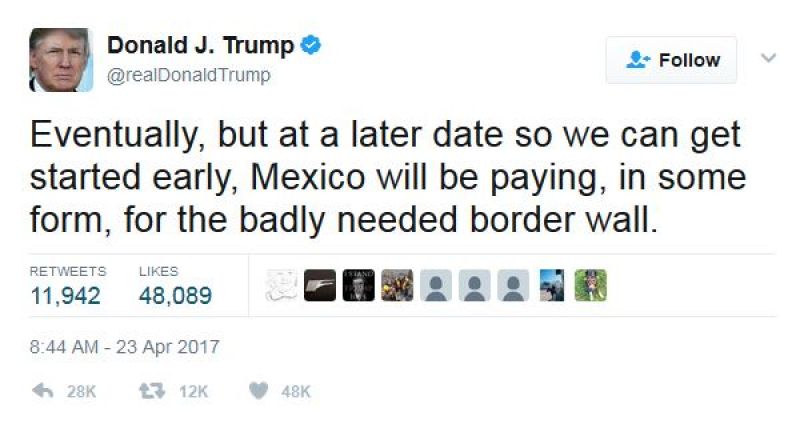 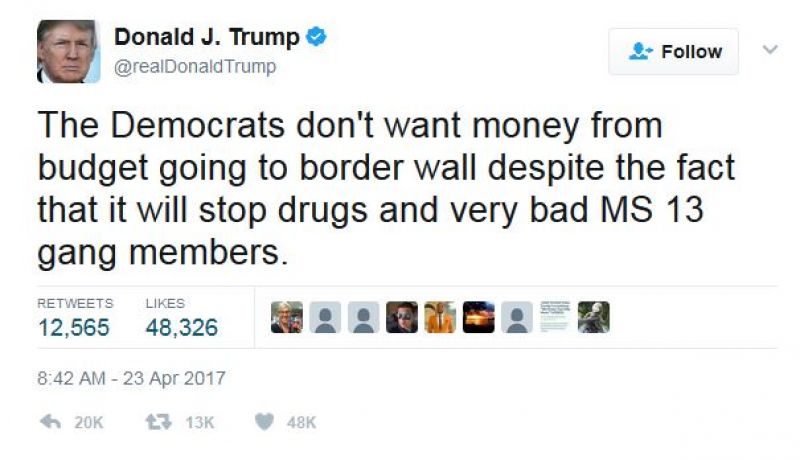 Last week, Homeland Security Secretary John Kelly said he believes President Donald Trump "will be insistent" that lawmakers include money for a US-Mexico border wall in a spending bill that they need to pass by Friday to avoid a government shutdown.

Trump had earlier in January decided that he will seek to pay for the wall on the southern border with Mexico by imposing a 20 percent tax on imports from Mexico and as part of a larger comprehensive tax reform plan.

Mexican President Enrique Pena Nieto had cancelled a planned meeting with Trump earlier this year after the US President signed an executive order kicking off the process of building the border wall and vowed once again to force Mexico to pay for it.

Putting up a wall along the US-Mexico border was part of Trump's campaign agendas, following which he issued an executive order in January for the beginning of construction.