In the midst of Donald Trump's impeachment talk, know how it works

The House can pass the articles by a simple majority vote, 'impeaching' the president. (Photo:AP)

Washington: The push among Democrats in the US Congress to impeach US President Donald Trump for obstruction of justice is gaining strength.

While holding off pressure from party legislators to begin the process of removing a president, Democratic leader Nancy Pelosi openly accused Trump Wednesday of a "cover-up" -- an impeachable offense.

Trump expressed outrage, but the White House girded for the possibility that Trump could be put on trial by Congress. "The 'I-word.' Can you imagine?" Trump said irately to reporters.

No president has been ousted from office by impeachment, but even the threat can bring one down -- Richard Nixon resigned in 1974 to avoid certain removal in the Watergate scandal.

Two presidents beat the process: the House of Representatives formally impeached Andrew Johnson in 1868 and Bill Clinton in 1998, but in both cases the Senate then acquitted them.

How does it work?

If lawmakers believe a president is guilty of what the US Constitution calls "treason, bribery, or other high crimes and misdemeanors," the process begins in the House of Representatives.

Any member can introduce an impeachment resolution, which like any other bill would be sent to a committee, most likely the House Judiciary Committee.

The House can pass the articles by a simple majority vote, "impeaching" the president. 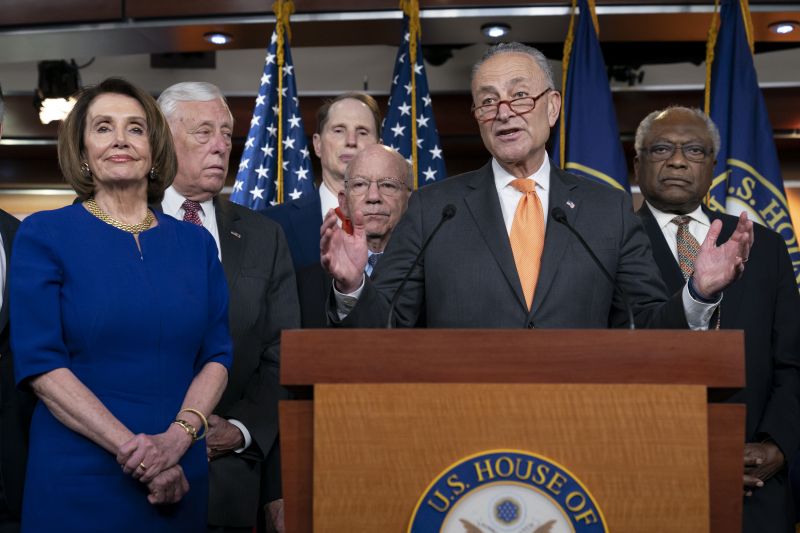 Speaker of the House Nancy Pelosi, D-Calif., left, Senate Minority Leader Chuck Schumer, D-N.Y., center, and other congressional leaders, react to a failed meeting with President Donald Trump at the White House on infrastructure, at the Capitol in Washington, Wednesday. (Photo:AP)

The articles then go to the Senate, where a trial takes place, with representatives from the House acting as prosecutors and the president and his attorneys presenting his defense.

The 100-member Senate then votes on the charges, with a two-thirds majority necessary to convict and remove the president.

What kind of charges do presidents face?

The accusations have to meet the constitutional standard "high crimes or misdemeanors," which is very broad.

In the cases of Clinton and Nixon, independent prosecutors conducted extensive investigations and amassed evidence to support criminal charges.

In Trump's case, Special Counsel Robert Mueller, in the Russia meddling investigation, detailed multiple instances of obstruction by Trump that would support charges. His extensive investigation could mean the House would not need its own lengthy probe.

In addition, in the New York investigation of Trump's former lawyer Michael Cohen, Trump was an unindicted co-conspirator in campaign finance violations, one of the crimes Cohen admitted guilt to.

And Trump's refusal to bow to demands for cooperation and evidence from Congress could earn him a contempt citation.

Is it about law or politics?

Both Given the momentous nature of an effort to remove the president, a clear crime with strong evidence -- stronger than for an average citizen -- is required.

At the same time, it is very much a political decision.

In past impeachments, support and opposition ran along party lines, though in Nixon's case the offenses were so egregious that Republican backing for him quickly disintegrated. 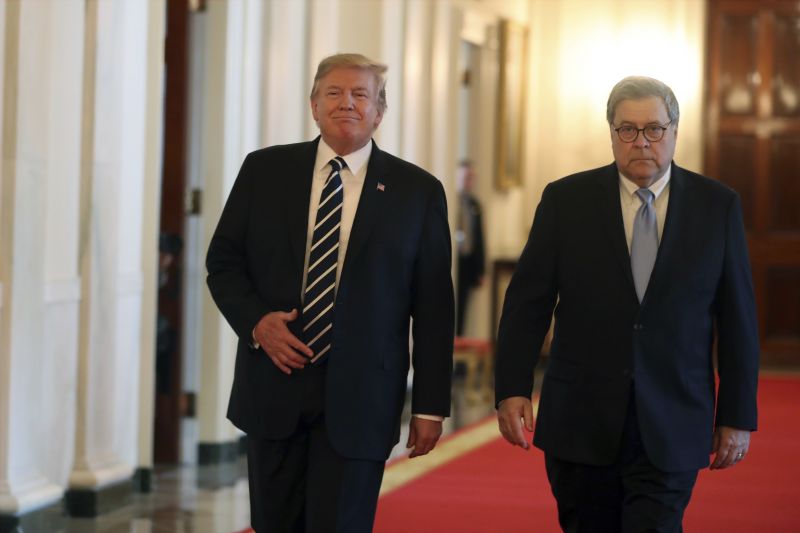 In Democrat Clinton's case, Republicans controlled the entire Congress. But when impeachment charges went to the Senate, the 45 Democratic Senators stayed united to block a two-thirds vote for conviction.

With Trump, Democrats are divided clearly for political reasons. Pelosi and her allies believe that impeaching Trump would go nowhere in the Republican-controlled Senate and meanwhile could damage the party's effort to win control of the Congress and the White House in the November 2020 elections.

Others in the party say Trump needs to be held accountable -- that Democratic voters demand it.

How far along are we?

Democrats remain undecided, but an increasing number are speaking out for impeachment. The Mueller investigation's final report provides substantial evidence for obstruction charges, even without further investigation.

The next step would be a formal proposal. On Tuesday Representative Sheila Jackson Lee, a member of the House Judiciary Committee, said she is preparing a "resolution of investigation" for impeachment.

According to Roll Call, a Congressional publication, Jackson Lee sees a multi-step process. The resolution would be weighed by the Rules committee, and then sent to the floor of the full House, which would vote to approve launching a full-fledged probe of the president.

The investigation would then be taken up by the Judiciary Committee, which would decide on articles of impeachment, and send them to the full House for a vote.

Saudi crown prince whatsapp message to Jeff Bezos: That was the beginning