37-year-old Husk, had been with the department for about two and a half years. (Photo: Facebook)

Houston: A US police officer has been fired for posting racist Facebook memes, including one about Michelle Obama, weeks after a mayor lost her job for her “ape in heels” comment about the US First Lady.

Joel Husk, a Trump supporter, was terminated for the controversial post that featured text over a picture of Melania Trump reading, “Fluent in Slovenian, English, French, Serbian, and German.” Below it, the words “Fluent in Ghetto” were laid over a photo of Obama. 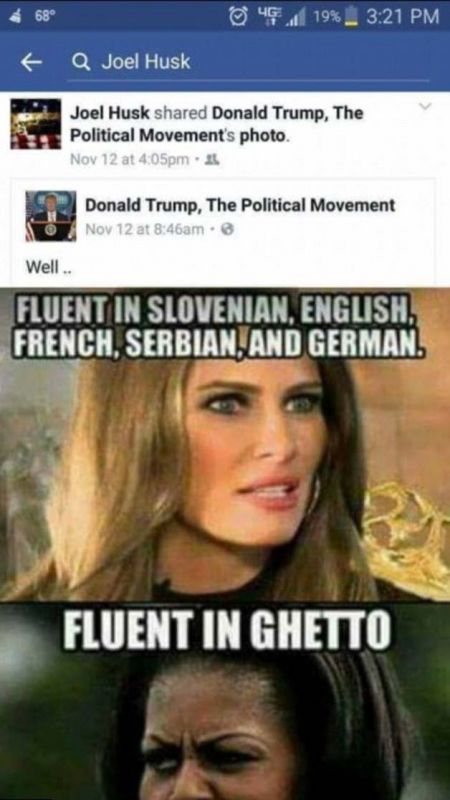 Husk, a police officer in Talladega, Alabama, was sacked on Wednesday for violating the department’s social media and code of conduct policies, City Manager Patrick Bryant was quoted as saying by the Washington Post.

“We will not tolerate that kind of conduct by any employees. We take very seriously our responsibility to treat everyone equally and equitably. We have to make sure we take steps for the community to trust us,” he said.

Bryant said that he was “incredibly disappointed and frustrated” about Husk’s social media posts.

Other memes included Klansmen with a confederate flag, reading, “The KKK is a hate group right? Isn’tit about time we start being honest in America...and admit that #blacklivesmatter is also a hate group?” the report said.

37-year-old Husk, had been with the department for about two and a half years.