President Donald Trump and former president Barack Obama stand on the steps of the Capitol in Washington, Friday. (Photo: AP)

Washington: While Trump, Obama, and Biden might have given a few iconic memes on the day of Trump’s inauguration, Michelle Obama transpired to be a clear winner.

The former first lady’s expressions and side-eye looks during the new President’s speech, clearly won the internet, as the twitter mills were in frantic motion.

While the former first couple were all smiles as they received the Trumps at the White House for tea, Michelle Obama’s face clearly didn’t hide how she was feeling as the incoming first lady handed her a Tiffany box; and trust the netizens to have fun with it. 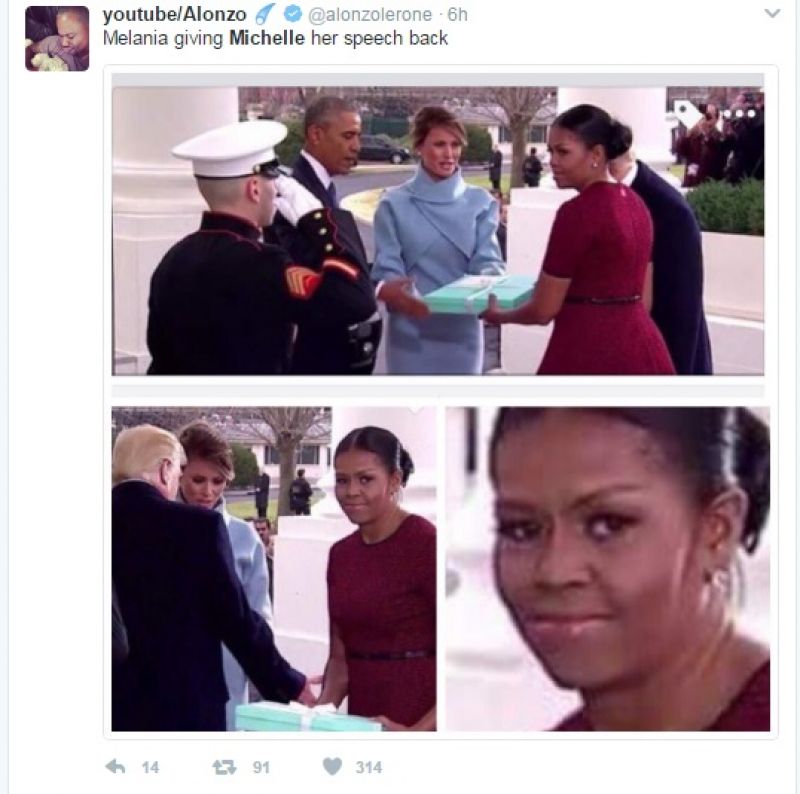 While one of the users tweeted Melania was giving Michelle her speech back, another said Michelle was already 'looking for a trash-can'. 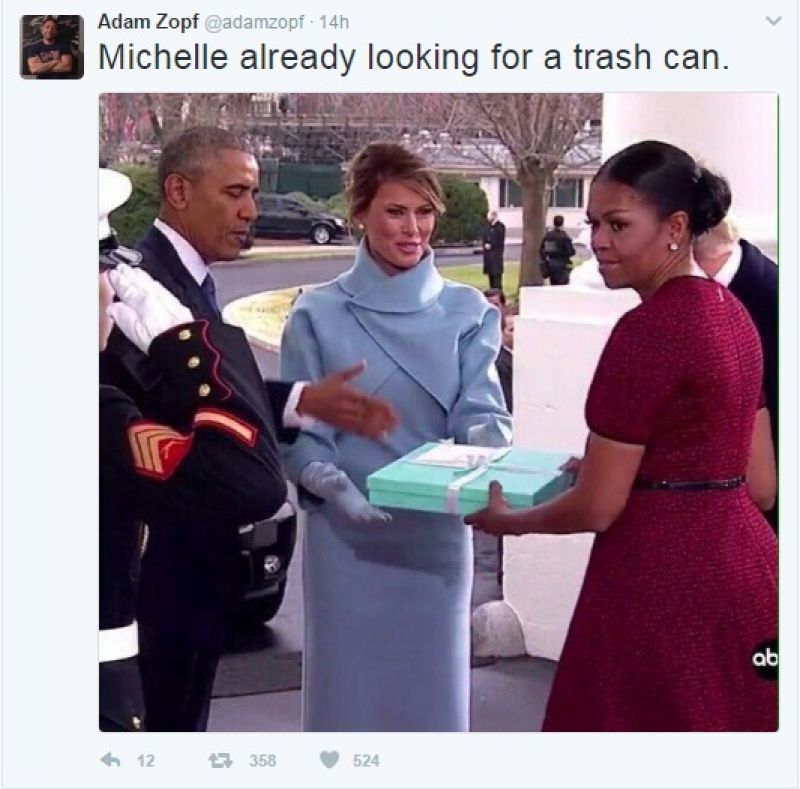 The jokes and the memes didn't end there as the Twitterati had a ball with the former lady's frozen expressions, during Trump's speech.

I feel you, Michelle. #inauguration pic.twitter.com/jHxsdIl1y1 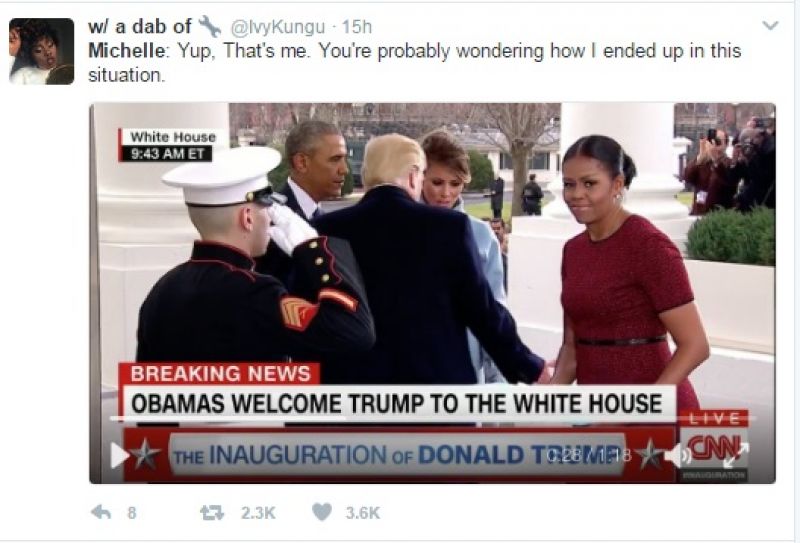 Another tweet said that Michelle's expression reflected the state of Americans for the next four years. 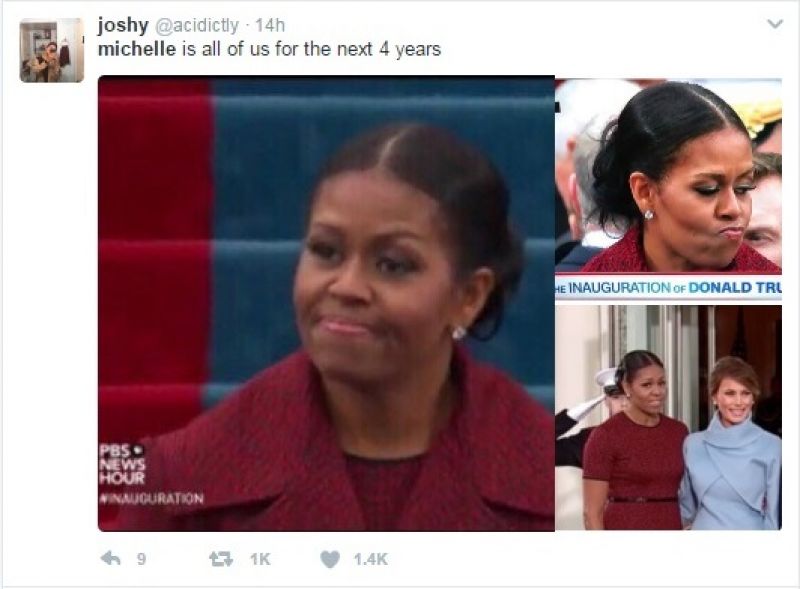 Hillary Clinton, who has been reclusive since the election, was not left out of the fun too. 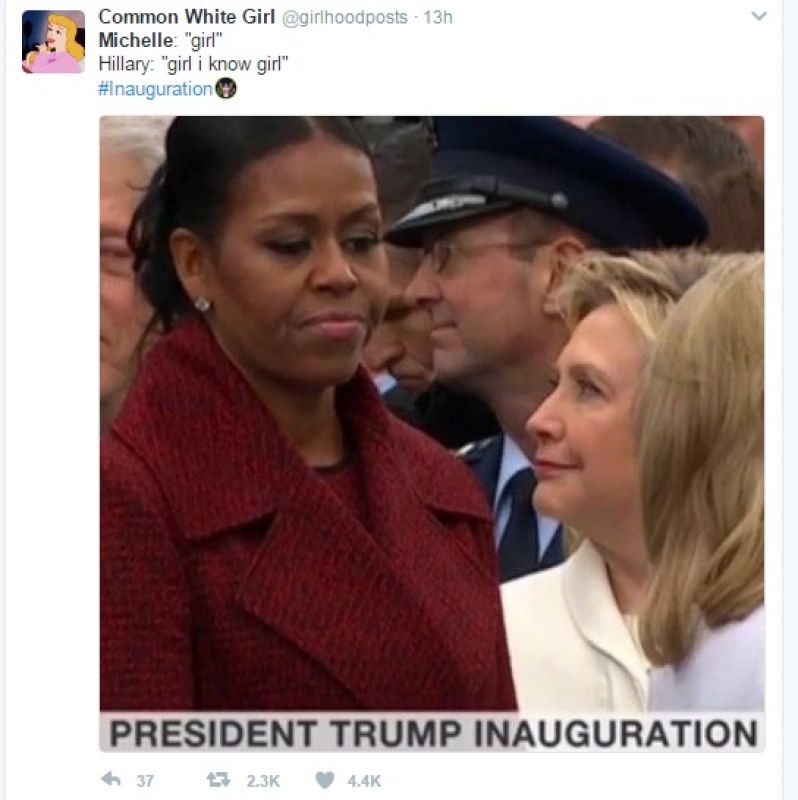 Donald Trump was sworn in as the 45th President of the United Stated of America on Friday. At 70, he is the oldest person to be sworn in as President.