Neil Armstrong: 1st man on Moon, least inclined to talk about it

The first mission to ever take place was Apollo 8 but the mission failed as it did not land even after circling around the Moon.

Apollo 11 mission included space astronauts Neil Armstrong, Buzz Aldrin and Michael Collins. They were dropped down on Earth after spending more than eight days in space.

He was the first man to walk on the Moon but the least inclined to talk about it.

Armstrong was not only an astronaut but before that he was a fighter pilot in Korea, one of the two civilians selected for the second astronaut group in 1962, Gemini 8 command pilot, backup commander of Apollo 8 and finally commander for Apollo 11.

At an early, he had developed a fascination for flying and got his student pilot's license when he was 16. In 1947, on a US Navy scholarship, Armstrong began his studies in aeronautical engineering at Purdue University. In 1949, as part of his scholarship, he trained as a pilot in the Navy and two years later, served in the Korean War. During his service, he flew 78 combat missions, left the service in 1952, and returned to college.

Speaking about the historic mission, at 10:56 pm on July 20,1969, Armstrong exited the Lunar Module. He said, "That's one small step for man, one giant leap for mankind," as he made his famous first step on the moon. 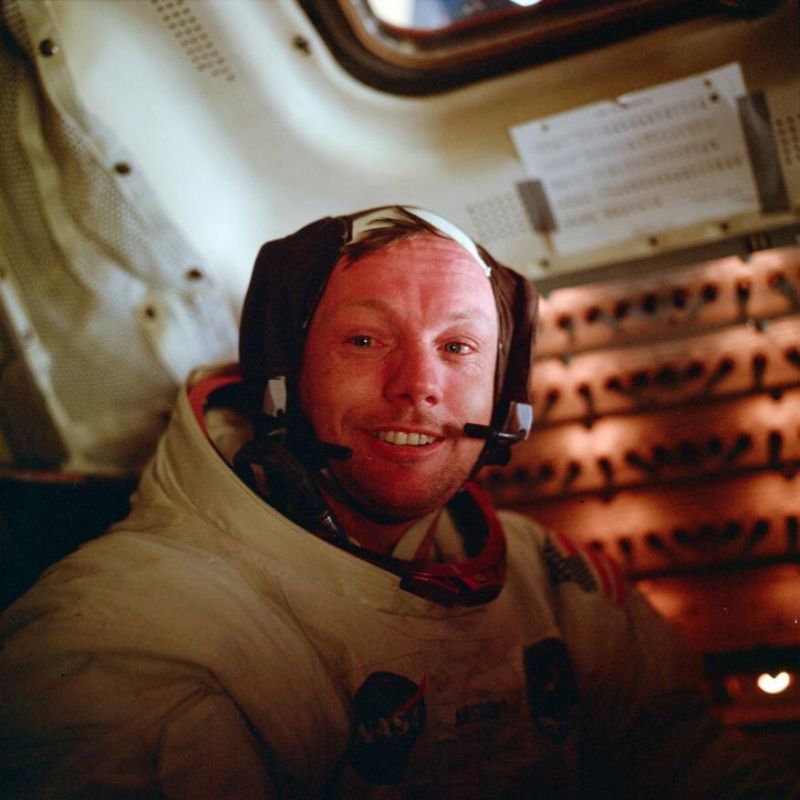 Neil Armstrong, Apollo 11 commander, sits inside the Lunar Module after he and Buzz Aldrin completed their extravehicular activity on the surface of the moon. (Photo: NASA | AP)

For about two and a half hours, Armstrong and Aldrin collected samples and conducted experiments. They also took photographs, including their own footprints.

He left NASA two years after the mission. Later, he taught engineering at the University of Cincinnati till 1979. He spent his remaining years in Ohio and died in 2012 at the age of 82.

Though Aldrin was the second man to walk on the Moon, but the first astronaut to have a doctorate.

He is now 89 and had a long list of accomplishments by the time NASA chose him. He was a fighter pilot in Korea, Air Force officer and a doctorate in astronautics.  He was also referred as Dr Rendezvous for his expertise in orbital dockings. 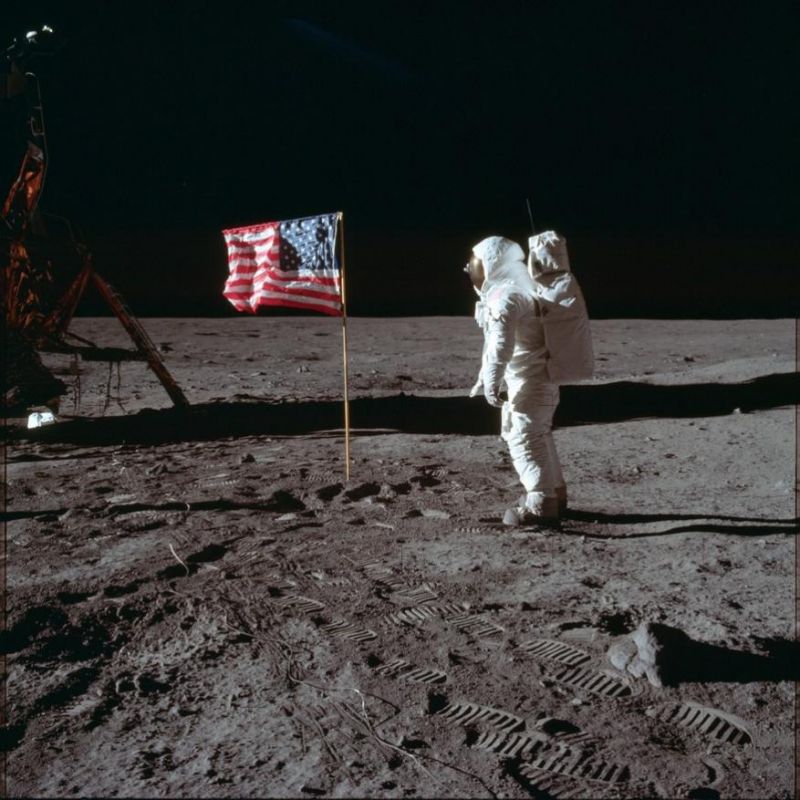 Buzz Aldrin Jr. poses for a photograph beside the US flag on the moon during the Apollo 11 mission. (Photo: NASA | AP)

Later, he legally changed his name from Edwin E Aldrin Jr to his childhood nickname Buzz which became an inspiration for the character Buzz Lightyear in “Toy Story” films.

After Apollo 11, he spent years struggling with mental depression and alcoholism and left NASA in 1971.

In 2018, his children sought to declare Aldrin mentally incompetent but he sued them. Later, the case was dropped.

Michael Collins, also known as “The Forgotten Man” during the Apollo 11 as the two were walking on the Moon, he circled overhead in the command module.

He was not only an Air Force officer but was also a former test pilot who flew on Gemini 10.

He was supposed to be command module pilot of Apollo 8 but couldn’t take that task due a bone injury in his neck. He went into surgery and was all fit and fine for Apollo 11.

Collins left NASA six months after the mission. Later, he served as Assistant Secretary of State for Public Affairs. He is also a founding director of Smithsonian Institution’s National Air and Space Museum.

Salman Rushdie on ventilator, likely to lose an eye, liver stabbed and damaged

Russia war a 'genocide,' trying to 'wipe out' Ukraine: Biden

US cautions its citizens against travelling to Sri Lanka