Of course, Smith received a thunderous round of applause from the 400 graduates -- and from their parents. (Photo:AP)

Washington: Sunday was already a day of joy and pride for the graduating class at historically black Morehouse College in Atlanta, Georgia -- and then it got a whole lot better.

Robert F Smith, an African-American businessman with a fortune estimated at USD 4.4 billion, told the new graduating class that he plans to pay off the entirety of their student debt: an estimated USD 40 million.

Of course, Smith received a thunderous round of applause from the 400 graduates -- and from their parents.

"My family is going to create a grant to eliminate your student loans," Smith told the assemblage, according to the college's Twitter account.

"This is my class," said Smith, who was at the ceremony to receive an honorary degree.

"I know my class will pay this forward" and help improve the lives of other black Americans. 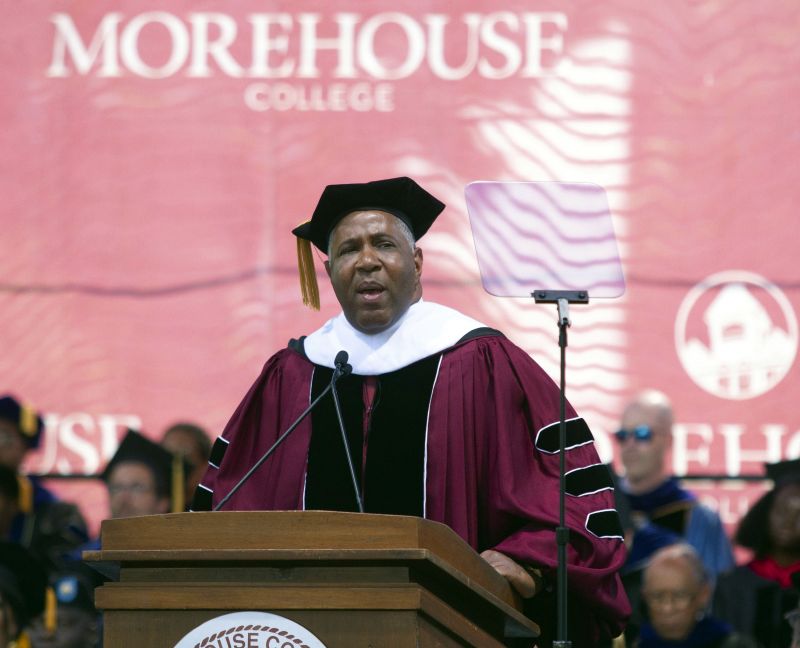 Billionaire technology investor and philanthropist Robert F. Smith announces he will provide grants to wipe out the student debt of the entire 2019 graduating class at Morehouse College in Atlanta, Sunday, May 19, 2019. (Steve Schaefer/Atlanta Journal-Constitution via AP)

Smith had earlier this year announced a USD 1.5 million donation to the school, but Sunday's news came as a surprise even to staff at Morehouse, according to the Atlanta Journal and Constitution.

A spokesman said it was the biggest gift in the history of the school, whose graduates include civil rights leader Martin Luther King Jr, filmmaker Spike Lee and actor Samuel L Jackson.

"If I could do a backflip, I would," Elijah Dormeus, a business major, told the newspaper. "I am deeply ecstatic."

He said he has USD 90,000 in student debt. His mother, Andrea Dormeus, is a school bus driver in New York's Harlem neighborhood.

Smith, a graduate of Cornell and Columbia universities, founded Vista Equity Partners in 2000, and by 2015 had become the richest African-American, according to Forbes magazine, with a fortune surpassing even that of billionaire celebrity (and fellow Morehouse donor) Oprah Winfrey. 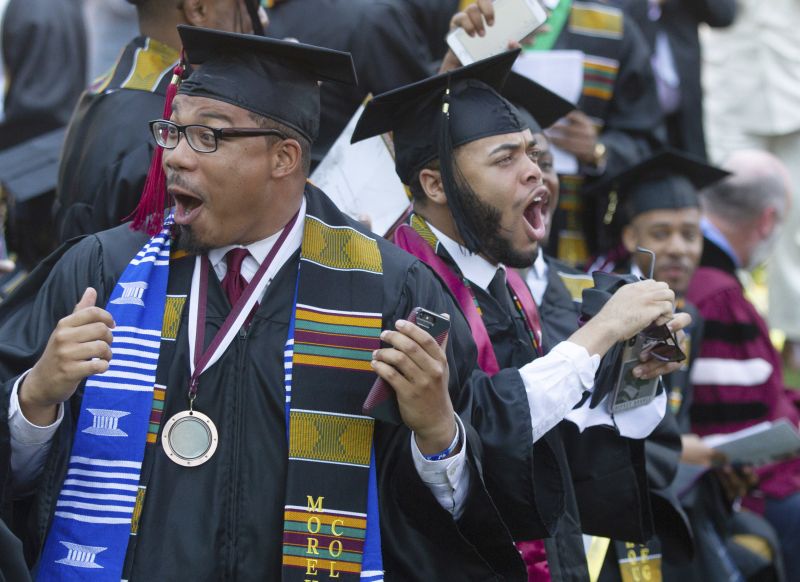 Graduates react after hearing billionaire technology investor and philanthropist Robert F. Smith say he will provide grants to wipe out the student debt of the entire 2019 graduating class at Morehouse College in Atlanta, Sunday, May 19, 2019. (Steve Schaefer/Atlanta Journal-Constitution via AP)

In recent years, the soaring costs of college education -- and the rising number of defaults -- have made student debt a growing national issue, addressed by many of the Democrats seeking their party's presidential nomination.

So at least at Morehead, Robert Smith had folks breathing a sigh of relief on Sunday.

Charles Releford Jr., the father of one newly minted graduate and of a second son in Morehouse's class of 2020, has a fervent wish for Smith.

"Maybe he'll come back next year," he said.

'Delta variant in 135 countries, COVID cases could exceed 200 million by next week'

Hundreds in Canada, US believed dead in heat wave despite efforts to help