The city of Philadelphia played an instrumental role in the American Revolution. (Photo:AP)

Philadelphia: Accusing President Donald Trump of being "divider-in-chief" by fomenting racism, hatred and bitterness among fellow citizens, former US vice-president Joe Biden on Saturday formally launched his 2020 bid for the White House and asserted that his campaign is all about restoring the soul of the nation, rebuilding the middle class, and unifying the country.

Giving a clarion call to "defeat Trump" amid chants of “we want Joe” by several thousands of his die-hard supporters, 76-year-old Biden formally launched his 2020 presidential bid from Philadelphia, the birthplace of American democracy.

"So why do we begin this journey in this place — Philadelphia? Because this was the birthplace of our democracy. It was here that two of the most important documents in the world's history were written," Biden said.

Also Read: If Islamic republic attacks American interests, it will be destroyed: Trump

The city of Philadelphia played an instrumental role in the American Revolution. The city is where the Declaration of Independence and the US Constitution were signed.

Accusing Trump of stroking fear and bringing racial division among Americans, Biden said, "The threat to our democracy and our nation is real. Our politics today is traffics in division. And our President is the divider-in-chief."

"If the American people want a president to add to our division... they don't need me. They already have a president who does just that," Biden told a cheering estimated crowd of 6,000 supporters. 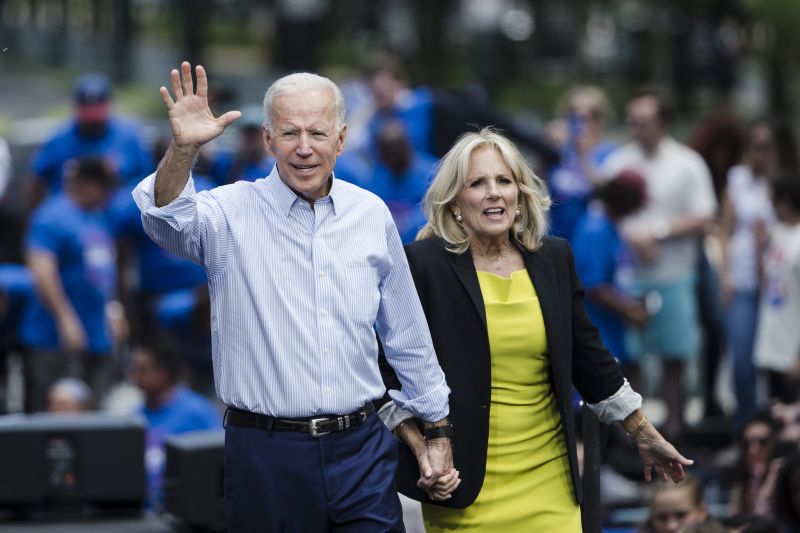 "I am running to offer our country — Democrats, Republicans and Independents — a different path," said the former US vice-president, who had played an important role in strengthening the India-US relationship during his tenure in the Obama administration.

"At the core of our campaign is a simple idea: we are at our best when we're one America," Biden, who was introduced to his supporters by his spouse Jill, said.

If nominated, Biden will be pitted against incumbent Trump, 72, for the November 3, 2020 presidential elections.

First elected as the US Senator from Delaware at the age of 29, Biden has nearly five decades of public service including eight years as the Vice President from 2009-2016.

"We are here to support Joe Biden. I believe it is only he who can put the US back on the path of development. The United States needs to lead the world," said Ajay Jain Bhutoria, a Democrat who flew in from California for the launch event.