One of Noel's abuser also said that women should be at home, looking after their children. (Photo: Facebook)

Los Angeles: A US-based journalist was branded as 'whore' and 'Feminazi' after she posted a video online of a man who is seen removing her knickers while she was walking on a street in Los Angeles, according to a report in the Daily Mail.

She then posted the CCTV footage online to publicly shame the pervert. However, instead of sympathising with her, people started mocking her by posting abusive comments on her video. While some branded her as a 'whore', others trolled her by calling her various names such as a 'filthy bitch'.

In the video generated by the CCTV camera, the victim Andrea Noel can be seen walking on the street when a man comes from behind and pulls down her knickers and flees from the scene.

'Next time I'll rape you,' said one of the users on social media. 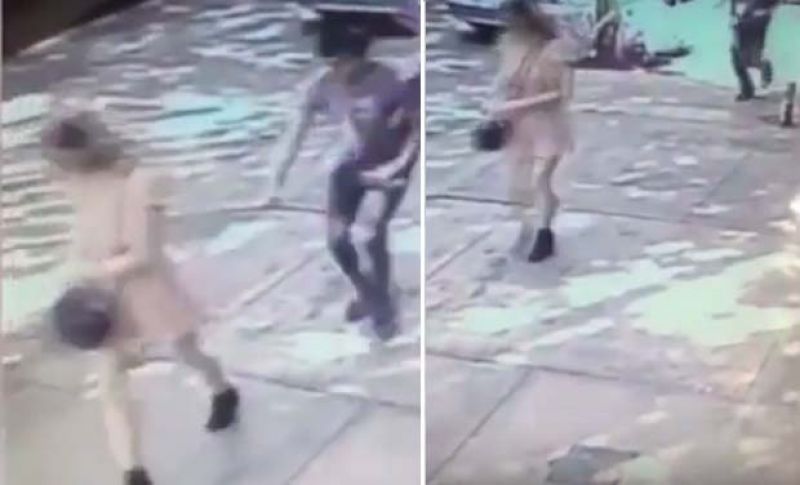 CCTV footage of the man who pulled down knickers of a woman walking on the street. (Photo: YouTube Video Grab)

Noel said that she received hate comments every 45 seconds. Another person wrote, 'Watch yourself, because we’re going to rape you for walking around with your arse out in beautiful Mexico.'

One of Noel's abusers also said that women should be at home, looking after their children.

According to the report, most of the comments on Noel's video suggested that wearing short clothes can provoke men and it's the woman's fault.

Some of the abusers even commented that 'hope next time they rape you, so that you know your place.'