Iranian-American Muslim fashion blogger Hoda Katebi was told during a segment on local Chicago's WGN News' morning show that she 'does not sound American' because of her views, on live television. (Photo: Twitter/Screengrab)

London: American TV hosts have sparked controversy after they made ‘Islamophobic’ remarks in an interview with a Muslim fashion blogger, who grew up in Oklahoma City of United States.

Iranian-American Muslim fashion blogger Hoda Katebi was told during a segment on local Chicago's WGN News' morning show that she 'does not sound American' because of her views, on live television.

The chat show host Robin Baumgarten asked Katebi about her opinion on Iran and nuclear weapons and she was laughed at for growing up in Oklahoma.

She was on the show to talk about bridging the gap between America and the Middle East through fashion and being an American hijab wearing Muslim and discussed being physically assaulted for wearing her hijab starting in the sixth grade in Oklahoma.

However, soon she was asked, 'Let's talk about nuclear weapons,' to which Katebi responded while laughing uncomfortably with, 'Okay.'

After which, Baumgarten's co-anchor Larry Potash said, "Some of our viewers say, We can not trust Iran."

"I don't think we can trust this country... I am a pacifist, I don't believe in violence," Katebi responded.

Katebi was called for an interview on her book, Tehran Street Style, and her blog. It was aired live on January 31.

"So hindsight is always 20/20, and I honestly should have just stopped him right there and questioned why he thought it was okay to make this ridiculous comment and pose it as a question..." she wrote.

Katebi also took to Twitter explaining that the host called to apologize, and as a response, Katebi requested for another interview to discuss how to prevent such occurrences in the future. 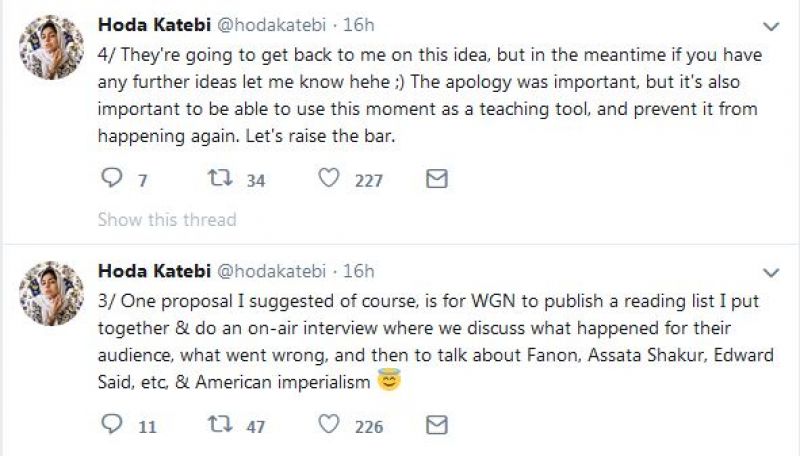 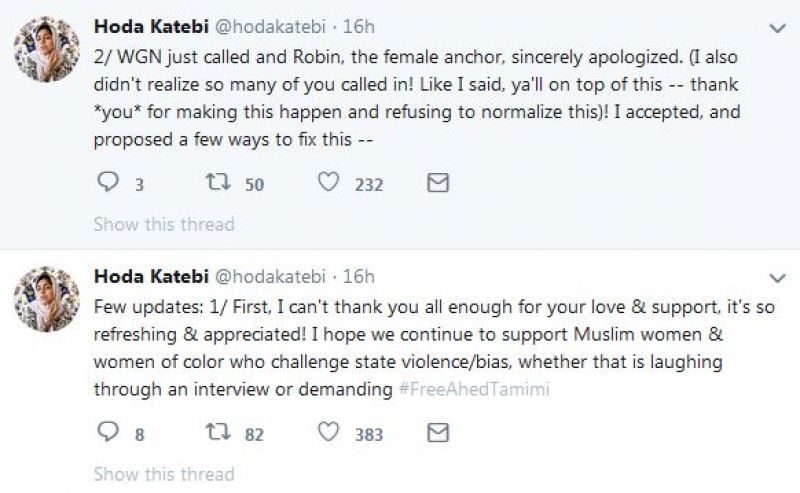 US freezes $9.5bn of Afghanistan reserves to block Taliban access to funds