AFP
Published May 12, 2019, 7:51 am IST
Updated May 12, 2019, 8:03 am IST
Trump had accused Beijing of reneging on its commitments in trade talks and ordered new punitive duties, which took effect Friday.

Only a week earlier, the two had seemed poised to complete a sweeping agreement. (Photo:AP)

"Such an easy way to avoid Tariffs? Make or produce your goods and products in the good old USA. It's very simple!" he said Saturday on Twitter, echoing a similar message he sent Friday -- and even retweeted.

Trump had accused Beijing of reneging on its commitments in trade talks and ordered new punitive duties, which took effect Friday, on USD 200 billion worth of Chinese imports, raising them to 25 percent from 10 percent.

Also Read: 'Negotiations have not broken down': China confident of US trade talks

He then cranked up the heat further, ordering a tariff hike on almost all remaining imports -- USD 300 billion worth, according to US Trade Representative Robert Lighthizer -- from the world's second-biggest economy.Those tariffs would not take effect for months, after a period of public comment. 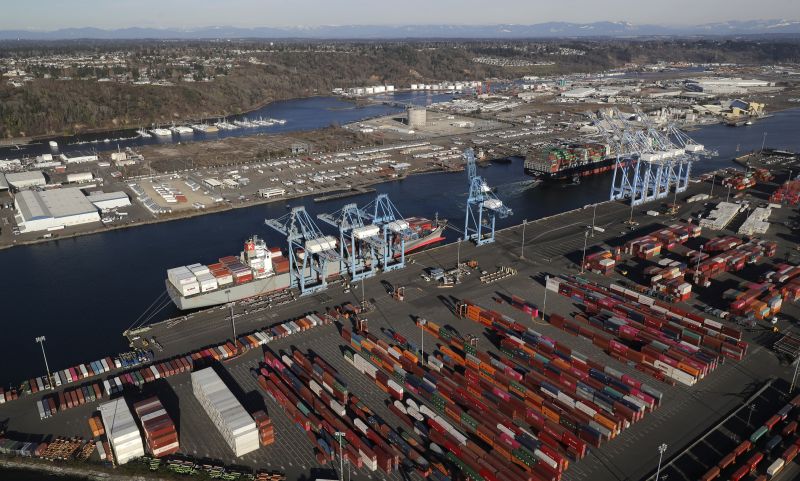 The developments came as two days of US-Chinese talks ended Friday with no deal -- but no immediate breakdown either -- offering a glimmer of hope that Washington and Beijing could yet find a way forward.

Only a week earlier, the two had seemed poised to complete a sweeping agreement.
Washington wants Beijing to tighten its intellectual property protections, cut its subsidies to state-owned firms and reduce the yawning trade deficit; China wants an end to tariffs as part of a "balanced" deal.

Also Read: US increases tariffs on Chinese goods; China says it will retaliate

While supporters laud Trump as a tough negotiator, free-trade-minded Republicans have warned that the tariffs could do real damage to the economy, and many farmers -- including Trump supporters -- say the tariffs have hit their bottom line.

As the trade war spread, China imposed USD 110 billion in duties on farm exports and other US goods.

Republican Senator Chuck Grassley from the farm state of Iowa cautiously welcomed the new tariffs but urged negotiators to reach a quick solution "so we can avoid prolonged tariffs, which we know have an impact on the US economy."

Survey says Indian-Americans solidly behind Biden in US presidential election