Death toll rises to 23 as California grapples with devastating wildfire

A house burns in the Hollywood resort town of Malibu -- about 88,000 homes have been evacuated in Los Angeles and Ventura counties. (Photo: AFP)

California: The death toll from the most destructive fire to hit California rose to 23 on Saturday as rescue workers recovered more bodies of people killed by the devastating blaze.

Firefighters are battling raging fires at both ends of the state, but there is little hope of containing the flames anytime soon.

"Today, 14 additional bodies were located, which brings our total number to 23," Sheriff Kory Honea told a news conference. Ten of the bodies were found in the town of Paradise while four were discovered in the Concow area, both in Butte County, Honea said.

Rescuers could be seen removing remains over a period of several hours in Paradise and placing them in a black hearse. Pieces of bodies were transported by a bucket, while intact remains were carried in body bags.

So far, a total of 23 of the people killed in what authorities have dubbed the "Camp Fire" have been reported in Paradise, where more than 6,700 buildings -- most of them residences -- have been consumed by the late-season inferno. 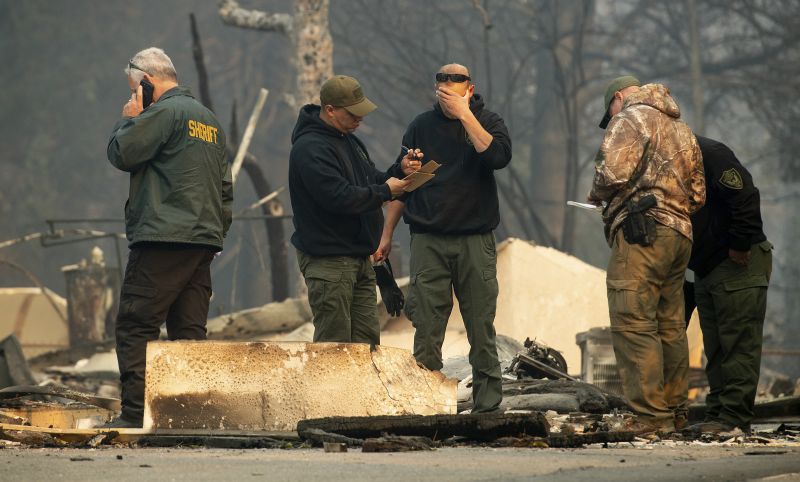 From miles around, acrid smoke could be seen in the sky around Paradise, the sun barely visible. On the ground, cars were reduced to metal carcasses, while power lines were also gnawed by the flames. Locals fled the danger, but police told AFP some farmers returned to check on their cattle.

"The magnitude of destruction we have seen is really unbelievable and heartbreaking, and our hearts go to everybody who has been affected by this," said Mark Ghilarducci, the director of the California Office of Emergency Services.

Governor-elect Gavin Newsom declared a state of emergency to provide assistance to the hardest-hit areas in the fire-prone state.

The fast-moving Camp Fire blaze in the north broke out early Thursday.
Fanned by strong winds, it has so far scorched 100,000 acres (40,500 hectares) and is 20 per cent contained, the California Department of Forestry and Fire Protection (Cal Fire) said Saturday. So far, three of the more than 3,200 firefighters deployed have been injured. They estimate they will need three weeks to fully contain the blaze.

Local power authorities have told state officials an outage occurred near the spot where the fire erupted, The Sacramento Bee reported, but there is still no official cause of the Camp Fire blaze. 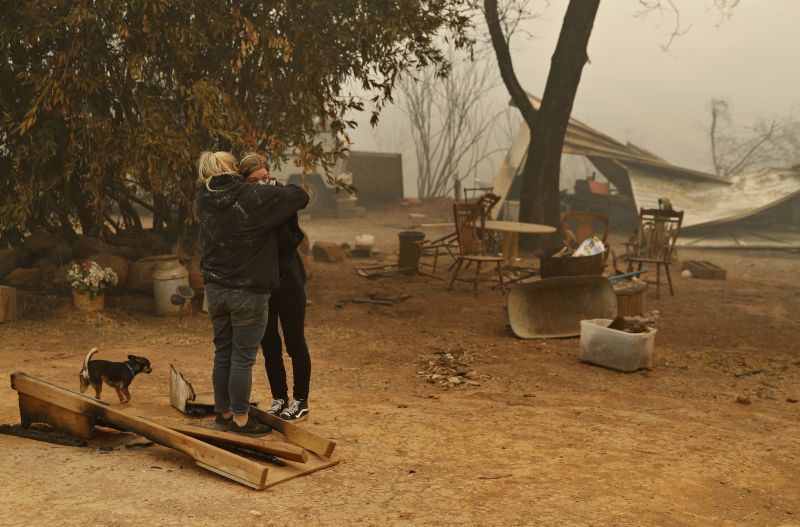 Trump, who was in France for World War I commemorations, drew criticism online for his somewhat unsympathetic reaction to the devastation earlier on Saturday. "There is no reason for these massive, deadly and costly forest fires in California except that forest management is so poor," Trump tweeted.

"Billions of dollars are given each year, with so many lives lost, all because of gross mismanagement of the forests. Remedy now, or no more Fed payments!"

Authorities said some 200,000 people are under mandatory evacuation orders, including the entire city of Malibu.

The "Woolsey Fire" had consumed around 69,000 acres, destroyed at least 150 homes and was so far not contained, the Ventura County Fire Department said, adding that evacuation orders were issued for some 88,000 homes in the county and neighboring Los Angeles County.

Malibu is one of the most in-demand locations in California for stars seeking privacy and luxury.

"I heard the flames have hit our property at our home in Hidden Hills but now are more contained and have stopped at the moment," she said on Twitter. "I just pray the winds are in our favor."

"We're fine, we're at Zuma Beach and we're probably going to sleep in the car tonight," Martin Sheen told Fox News 11, adding that it was the worst fire he had seen in 48 years of living in Malibu.

US says Taliban talks in Doha were 'candid and professional'