The board says Republicans need to put up every roadblock to Trump they can. (Photo: AFP)

Boston: The Boston Globe printed a satirical front page complete with fake stories that show how "troubling" its editorial board says a Donald Trump presidency would be for America.

The newspaper's front page is dated April 9, 2017, and its lead story is about Trump calling for deportations. Another article mentions work being halted on a wall at the Mexico border. 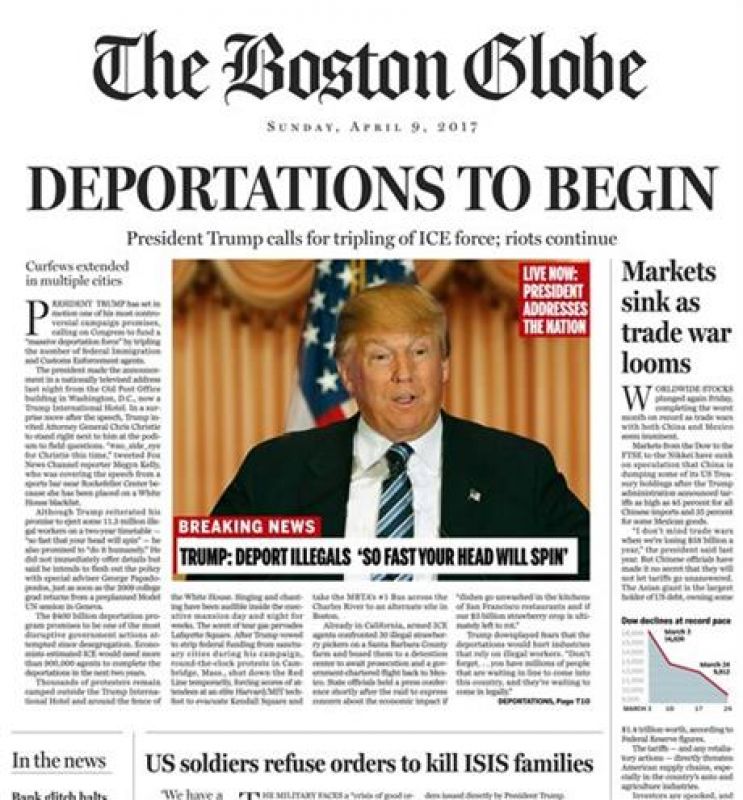 This image shows a portion of a satirical front page of The Boston Globe published on the newspaper's website on Saturday, April 9, 2016. The editorial board of The Boston Globe used the parody to express its uneasiness with a potential Donald Trump presidency. (Photo: AP)

In an editorial, the Globe calls the satire "an exercise in taking a man at his word."

The board says Republicans need to put up every roadblock to Trump they can.

The Trump campaign hasn't responded to requests for comment.