US mother kills daughter for ‘being naughty’, sentenced to life

Florida: When seven-year-old Adrianna Hutto died of drowning in a swimming pool at her home in Esto, Florida, authorities never suspected anything sinister.

According to a report in the Mirror, her mother Amanda Lewis said she had been cleaning bugs out of the pool, slipped, fell in and drowned. Her younger brother AJ had tried to save her but couldn’t, and cried for help.

Amanda rushed to the pool, found her daughter lying face first, and tried to give her the kiss of life even as she called emergency services. Fire services arrived soon and they then airlifted Adrianna to hospital.

However, Adrianna’s younger brother AJ soon began to tell a different story. While Amanda attended hospital as doctors battled to save her daughter’s life, AJ was in the care of his grandparents. He began to tell them how his mother had drowned Adrianna in the pool, using her hand to cover her face and push her underwater. 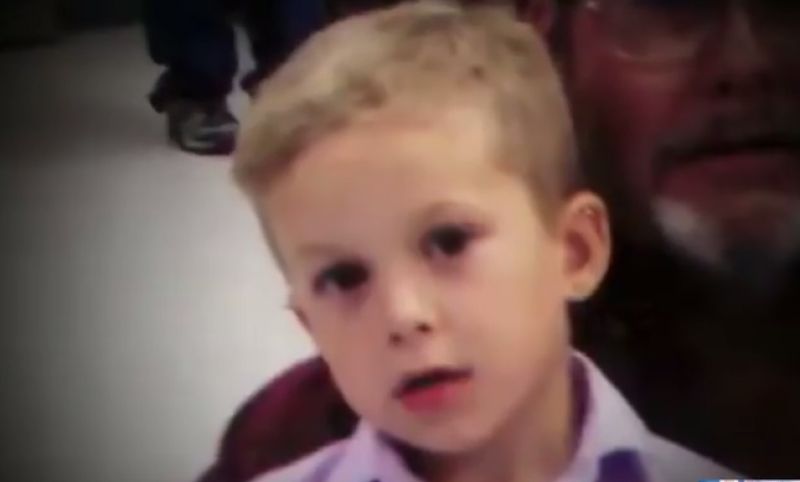 Amanda's son AJ told his grandparents his mother had 'dunked' his sister in the pool for being naughty. (Photo: YouTube screengrab)

AJ was interviewed twice that day - August 8, 2008 - by investigators and a child expert and both the times he told a story that broadly remained the same: Adrianna had been ‘dunked’ by his mother as a punishment for being naughty. Her fault? She sprayed window cleaner in the living room over the TV, making her mother very angry.

AJ described the events of Adrianna’s death graphically, using actions to show how his mom had ‘dunked’ and drowned his sister. "She done some stuff that she ain't suppose to so my mama got mad, so she throwed her (sic) in the pool," he said.

Adrianna died in hospital. Over the next two days Amanda was interrogated by the police. She denied the allegations and even passed a polygraph test.
The authorities weren't convinced though and over the next month the investigators and the local prosecutor corroborated multiple elements of AJ’s story and decided to investigate further.

An inspection of the children’s home led to the discovery that their bedroom was squalid and reeking of urine. Adrianna had ADHD and had been wetting the bed. Moreover, the room was devoid of toys.

A month later, Amanda was charged with murder. During the trial, the court was shown a sketch AJ drew of the events on the fateful day.

Moreover, an autopsy showed a bruise on Adrianna’s face which developed into a handprint. The doctor, who tried to save Adrianna, said Amanda was emotionless when she heard her daughter had died, asking ‘where the vending machine was’.

Amanda’s co-workers at the nursing home said that she had spoken of ‘killing’ her daughter after an incident where she’d vandalised her mum’s car, writing ‘loser’ with permanent marker in the interior.

The jury eventually found Amanda guilty after a four-day trial, and sentenced her to life imprisonment without parole, plus 30 years for child abuse.
It also emerged that Amanda had lost her first baby – 16 month old Alex – when she was 17 years old. The cause of death was seizure.