Harrowing video shows 'possesed' toddler balancing on side of his cot

Some people say that the child has not been possessed, but in fact, he has good balancing skills. (Photo: YouTube Video Grab)

A horrifying footage surfaced online, showing a toddler climbing on to the sides of his cot and balancing himself in a creepy way, according to a report in the Daily Mail.

In the video, the toddlers appears to be 'possessed' as he gets up from his bed and swiftly climbs up on the rail of the cot. He then balances himself on the cot for sometime before falling down promptly. 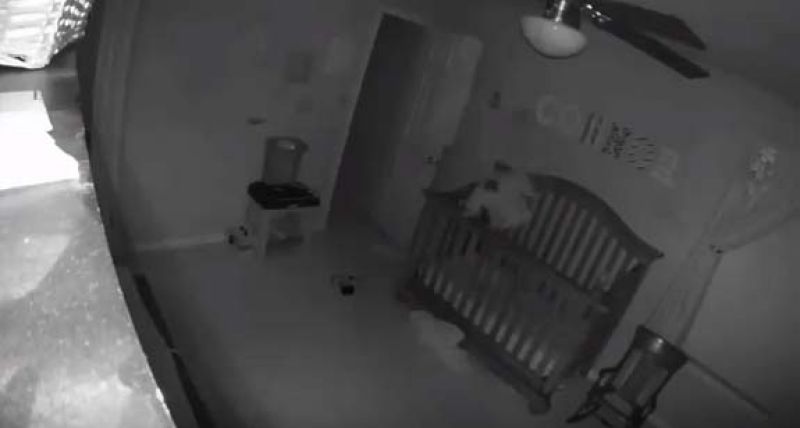 In the entire spooky video, the toddler can be seen crying and calling out to his mother.

Some people say that the child has not been possessed, but in fact, he has good balancing skills while few others said that the video had been scarier had the child fallen in the forward direction.

The video has been uploaded on YouTube and has been viewed more than 2.5 million times.

Teen who fired at Florida deputies sentenced to 20 years

Sikh students allowed to wear kirpan on campus of US university

"One of the most dangerous nations in world": Biden's comment on Pakistan