Juba: UN food experts warned on Tuesday of "alarming" levels of starvation in South Sudan with food prices at record highs after two years of civil war marked by atrocities.

Fighting in the war rages despite an August agreement, and food experts have repeatedly warned parts of South Sudan's northern Unity region are on the brink of famine.

"Alarming reports of starvation, acute malnutrition and catastrophe levels of food insecurity have been reported in areas worst affected by the ongoing violence," the Food and Agriculture Organisation (FAO) said in a statement.

It warned of "a bleak forecast" for the rest of year, with "rapidly depleting food supplies and a likely protracted lean season", adding that "food prices have reached record highs." 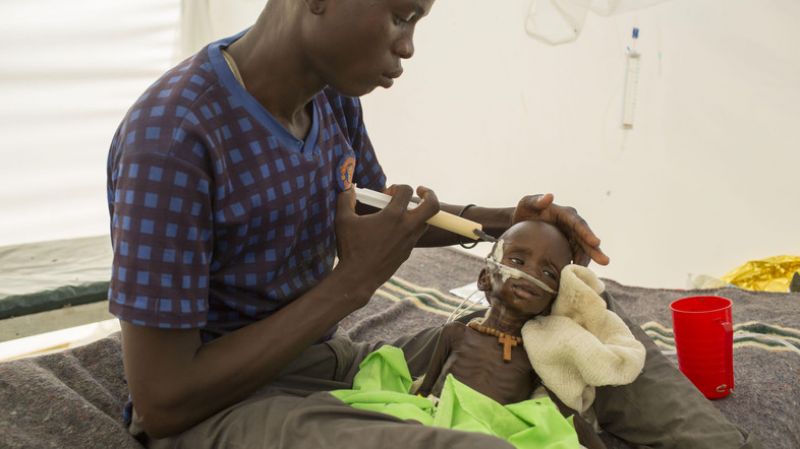 The world's youngest country is struggling to stem soaring inflation caused by the war, rampant corruption and the near collapse of the oil industry upon which the vast percentage of government foreign exchange earnings depend.

"Increased fighting puts the upcoming agricultural season at risk, with alarming potential to impact on food security for the entirety of South Sudan," FAO added. 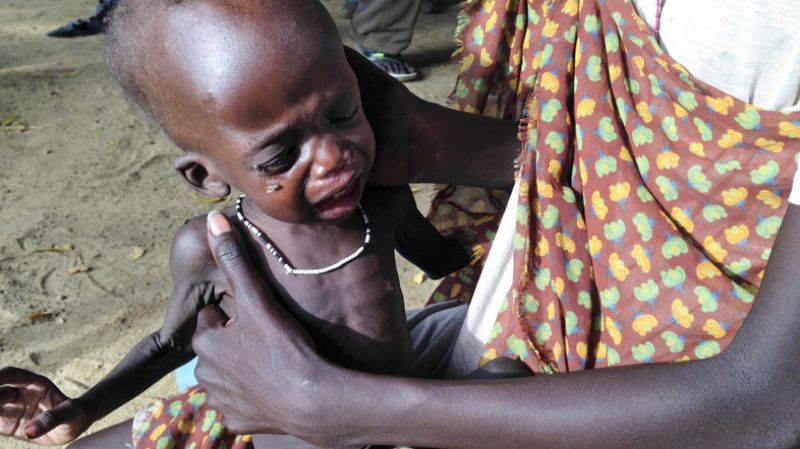 A mother holds her malnourished child at a hospital run by Medecins Sans Frontieres Doctors Without Borders in Leer, South Sudan. (Photo: AP)

Meanwhile the first batch of rebel soldiers arrived in Juba on Monday as a much delayed part of the peace deal, with 39 out of a planned 1,370 troops arriving, ceasefire monitors said.

The monitors also called for rebel leader Riek Machar to return to take up his post of vice-president.

"There are no remaining difficulties in the return of the First Vice President-designate and the formation of the new transitional government of national unity," said Festus Mogae, who heads the Joint Monitoring and Evaluation Commission (JMEC).

Civil war began in December 2013 when President Salva Kiir accused his former deputy Machar of planning a coup, setting off a cycle of retaliatory killings that have split the poverty-stricken, landlocked country along ethnic lines.