Pistorius dressed up Steenkamp's corpse after shooting her: report

Investigators have alleged that Pistorius changed her top as the gunshots wounds did not match up with the top she was wearing. (Photo: AP)

Pretoria, South Africa: While the Reeva Steenkamp murder trial continues, a never-seen-before CCTV footage has surfaced online which gives a completely different angle to the case.

According to a report in the Mirror, Pistorius had dressed up the dead body of Steenkamp after the violent struggle between the two that lead to him fatally shooting her.

The footage captured by a CCTV camera shows Steenkamp dressed in a different top before entering Pistorius's house. The top that Steenkamp's body had worn post her death was a different one which points out that Pistorius might have dressed up her corpse as she lay dead in his apartment.

Investigators have alleged that Pistorius changed her top as the gunshots wounds did not match up with the top she was wearing.

Recently, forensic experts had claimed that Steenkamp was hit by a cricket bat before being shot dead. The marks and injuries on her back suggested that she was brutally hit with the tip of a cricket bat. Moreover, the marks on the twisted handle of the toilet also point out that their had been a struggle between the couple before the apparent murder. 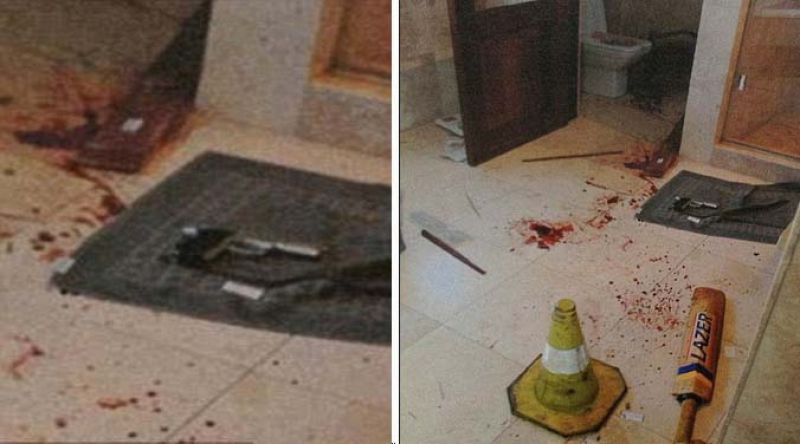 Pistorius had earlier said that he accidentally killed his girlfriend Steenkamp on Valentine's Day after mistaking her for an intruder. He had fired shot four times through the door of his bedroom toilet.

Read: Oscar Pistorius conviction: Explaining the law behind it

Pistorius was found guilty of manslaughter and his conviction was upgraded to murder after an appeal by the prosecutor.

The paralympic star faces up to 15 years in prison after his sentencing in June.

WHO probing Indian cough syrup after 66 children die in Gambia