Pistorius attacked Steenkamp with cricket bat before shooting her: report

Pistorius was found guilty of manslaughter and his conviction was upgraded to murder after an appeal by the prosecutor. (Photo: AP)

Pretoria, South Africa: The Reeva Steenkamp murder trial has taken a huge toll on Oscar Pistorius' career with new evidences surfacing against the Paralympic sprinter. According to a report in the Daily Mail, forensic experts have claimed that Steenkamp was hit by a cricket bat before being shot dead.

The marks and injuries on her back suggested that she was brutally hit with the tip of a cricket bat. Moreover, the marks on the twisted handle of the toilet also point out that their had been a struggle between the couple before the apparent murder.

Pistorius had earlier said that he accidentally killed his girlfriend Steenkamp on Valentine's Day after mistaking her for an intruder. He had fired shot four times through the door of his bedroom toilet.

Pistorius keeps head down as loving messages are read:

The double-amputee star had shot Steenkamp at the peak of his fame, and he has since lost his glittering sports career, lucrative contracts and status as a global role model for the disabled.

Read: Oscar Pistorius conviction: Explaining the law behind it 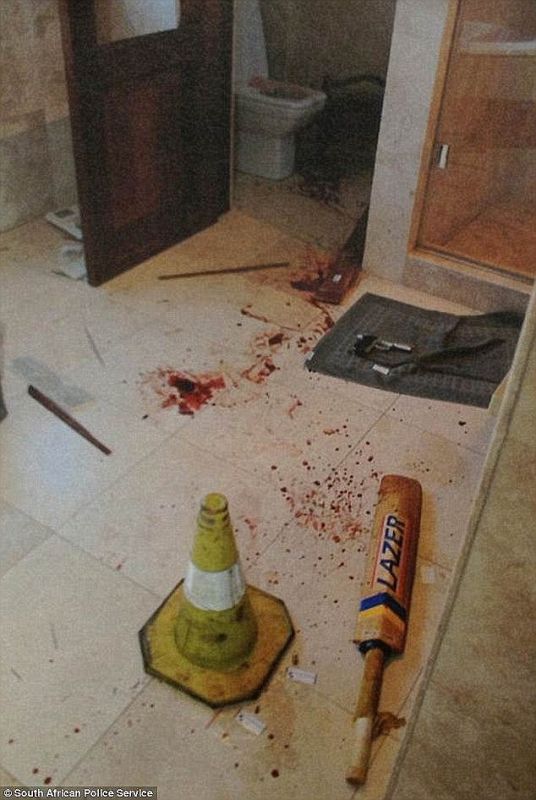 The blood-soaked bathroom pictured where Oscar Pistorius shot his girlfriend Reeva Steenkamp in the toilet cubicle with his 9mm pistol and the blood-splattered cricket bat he used to break down the toilet door after the murder. (Photo: South African Police Service)

Pistorius was found guilty of manslaughter and his conviction was upgraded to murder after an appeal by the prosecutor.

"Guilty of murder, with the accused having criminal intent," judge Eric Leach told the court in South Africa's judicial capital Bloemfontein in a dramatic legal reversal.

The paralympic star faces up to 15 years in prison after his sentencing in June.

"I'm satisfied with everything," Reeva's father Barry Steenkamp was quoted as saying after the trial. 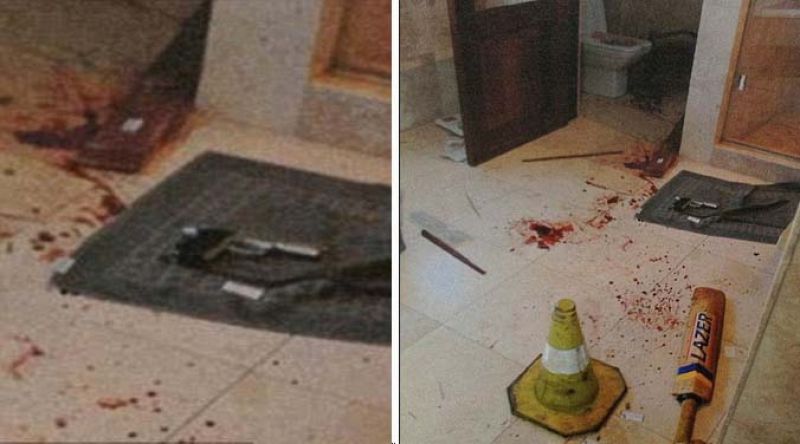