Panic as lions on the loose in Kenyan capital

Nairobi: Wildlife rangers on Friday hunted for two lions who escaped from Nairobi's national park and meandered into "highly populated" areas of the Kenyan capital.

Kenya Wildlife Service (KWS) issued an appeal, "for help to get two lionesses that strayed from the Nairobi National Park."

Armed rangers, as well as KWS vets with dart guns, scoured bush and agricultural land alongside the Kibera district, one of Africa's largest slums. 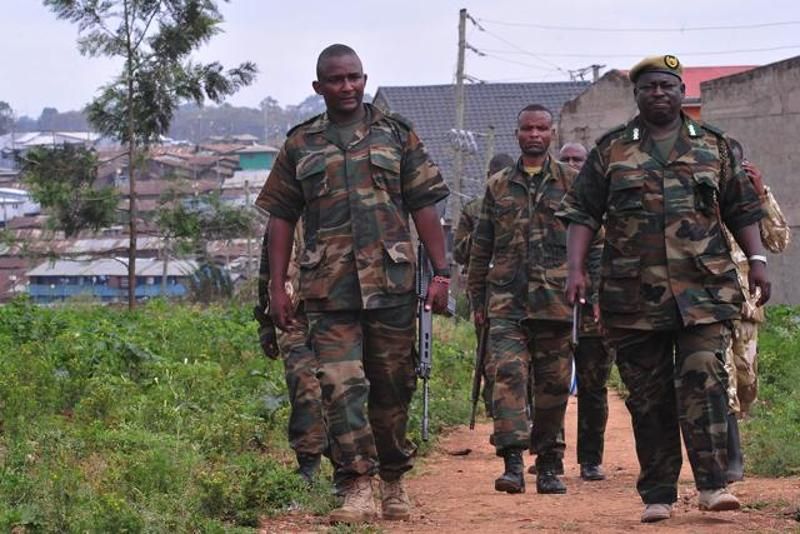 At least two lionesses are reported to have late Thursday left the park, spread over 117 square kilometres (45 square miles) where buffalo and rhino roam just seven kilometres from the bustling high-rise city centre.

Local media reported as many as six lions might be on the loose.

It is not the first time lions have prowled into town. The big cats are under growing pressure as one of Africa's fastest growing cities creeps onto ancient migration routes and hunting grounds.

Sometimes the lions are killed by livestock farmers protecting their herds, other times they prowl leafy gardens giving residents a fright.

"These are highly populated areas and that is why we are intensifying the search," Udoto said. "Anyone with information about them should share it with us immediately."

Lock up your children

"Our teams comprising veterinary officials have been in Langata looking for the animals," he said.

Rangers patrolled a narrow corridor of bush on the edge of Kibera. Its tin-roofed shacks house an estimated quarter of a million people, according to an aid agency that carried out a population study there.

One fearful Nairobi resident tweeted KWS spokesman Udoto asking whether she ought to "lock my kids in".

"Yes, please do until we report lions have been captured and safely returned to the park. Perils of born town lions," Udoto replied.

Lions are estimated to have declined in number by as much as three-quarters since 1980, and to occupy less than a tenth of their historic range across Africa.

While the park is fenced in on the city side -- some bars even have terraces where one can view animals while enjoying a cold drink -- the park is open-sided elsewhere to allow the annual wildlife migration in search of grazing.

But the land is under threat from increasing urbanisation and more intensive agriculture, and the routes used by migrating herds in search of new pastures as well as the carnivores that follow for fresh meat are growing narrower.

Conservationists say wildlife protection is a low priority for city officials struggling with multiple challenges in a grossly unequal capital of some 3.5 million people with overstretched basic services and infrastructure.