Rescuers work at the site of a building collapse in Nairobi, Kenya Tuesday. Nairobi Police Chief Japheth Koome said Tuesday that at least 10 people had been reported missing after the collapse Monday night. (Photo: AP)

Nairobi:  An eight-story building has collapsed in a low-income area of Nairobi and 10 people are missing, witnesses and officials in Kenya said Tuesday.

Akinyi, who lives in an adjacent building, witnessed the collapse and said three people had been rescued from the debris. The collapsed building and the building she lives in had been marked with an “X,” meaning they had been condemned by the National Construction Authority, she said. 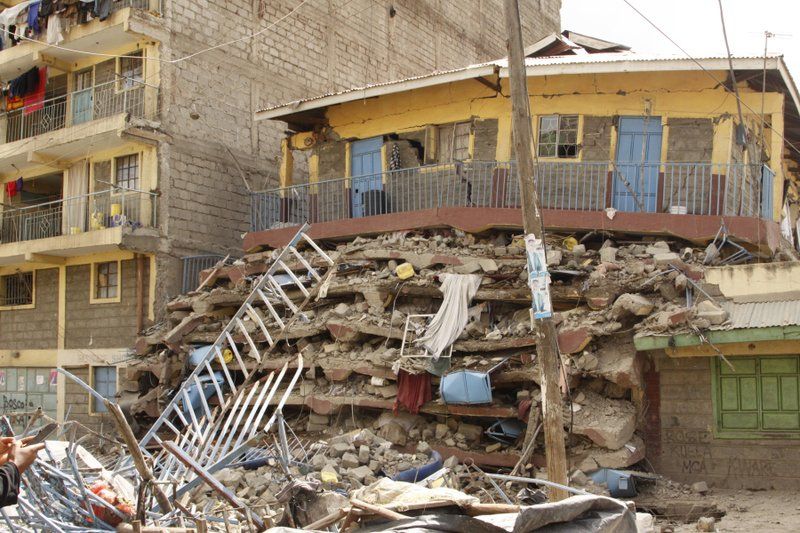 After eight buildings collapsed and killed 15 people in Kenya in 2015, President Uhuru Kenyatta ordered an audit of all the country’s buildings to see if they are up to code. The National Construction Authority found that 58 percent of buildings in Nairobi are unfit for habitation.

Last year a building collapse in another low income area killed 37 people and injured 70. The rescue mission took days during which a six-month-old baby and a pregnant woman were among those pulled safely out of the rubble.

After that collapse the government ordered all condemned building demolished and residents evacuated but the operation was never completed after media attention waned. 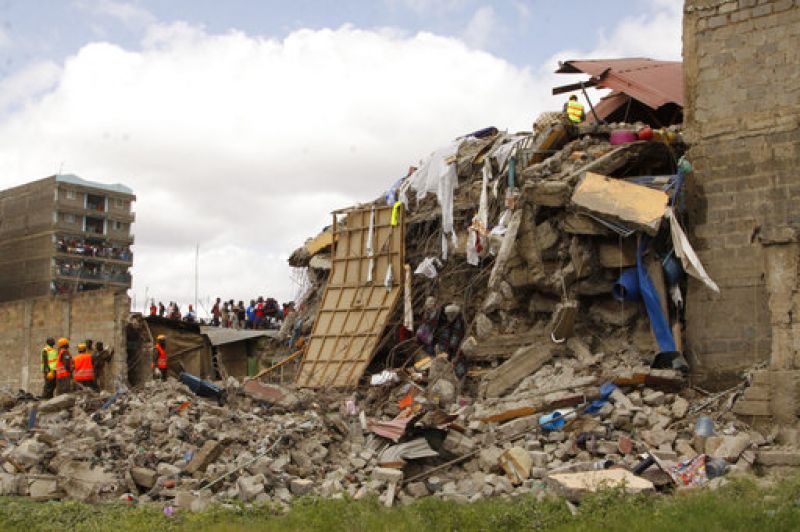 Last month eight people died when a wall collapsed on them in the coastal city of Mombasa following heavy rains.