Edna Cedrick,26, holds her surviving albino son after his twin brother who had albinism was snatched from her arms in a violent struggle in 2014. (Photo: AP)

Lilongwe: She is haunted daily by the image of the decapitated head of her 9-year-old son. Police asked Edna Cedrick to identify it after the boy, who had albinism, was snatched from her arms in a violent struggle.

The death in February was one in a recent surge in killings and abductions of people with albinism in this southern African country. They are targeted for their body parts, which are sold to be used in potions made by witch doctors who claim they bring wealth and good luck. 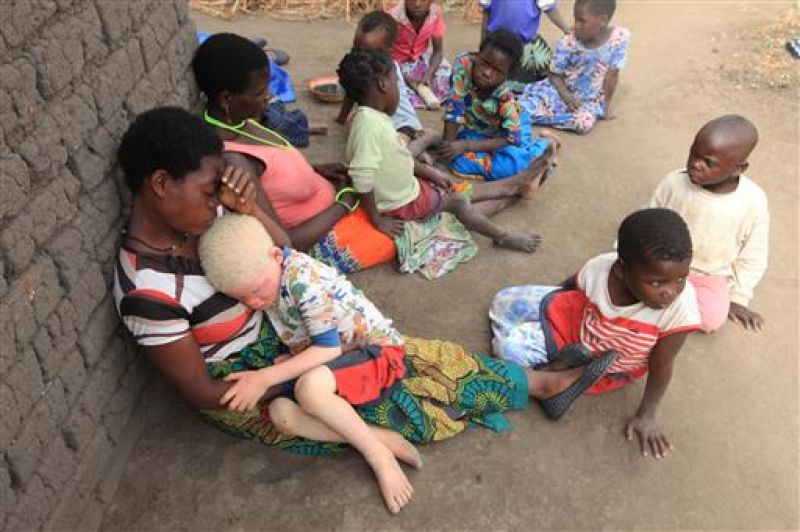 At least 18 albino people have been killed in Malawi in a "steep upsurge in killings" since November 2014, and five others have been abducted and remain missing, according to a new Amnesty International report released Tuesday. The toll is likely much higher because many killings in rural areas are never reported, according to the report. Malawi police also have recorded cases where the bodies of people with albinism have been illegally exhumed.

Cedrick, the mother of the murdered boy, recounted his abduction to The Associated Press last month while holding the murdered boy's surviving twin brother, who also has albinism. In the middle of the night, she said, she woke to the sound of people kicking down the door of the house. Her husband was away. 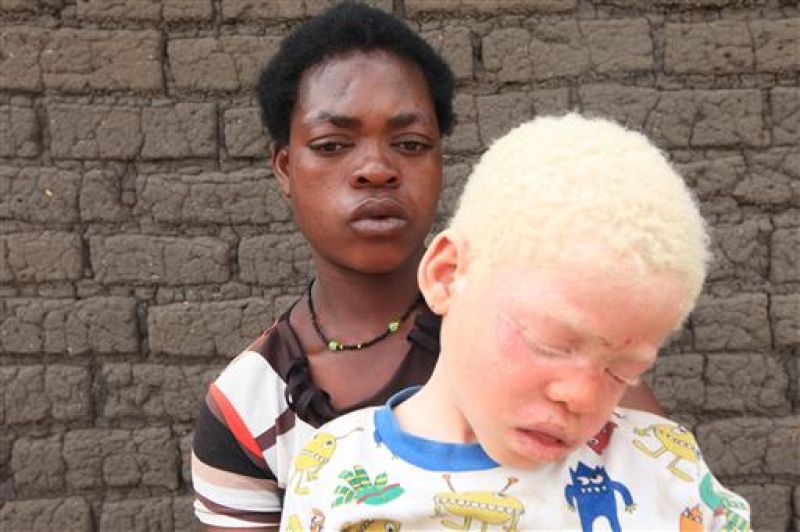 "Before I could understand what was happening, they sliced the mosquito net and grabbed one of the twins," the 26-year-old said, tears in her eyes. "I held on to him by holding his waist, at the same time shielding the other with my back."

When they could not overpower her, one assailant hacked her in the forehead with a machete, she said. "This dazed me, and I lost hold of my son and he was gone. I shouted for help, but when my relatives rushed to our house, they were gone."

The boy's twin keeps asking where his brother is, she said. She lies, saying he will return.

On the same day of the interview, a deadly attack was carried out in another part of Malawi on 38 year-old Fletcher Masina, an albino father of four. When his body was found, the limbs were missing.

Activists in Malawi recently took to the streets to protest, marching to parliament to present a petition calling for strict penalties for people who attack or kill people with albinism. President Peter Mutharika has since established a committee to look into the issue, which he called disgusting.

"That anybody could think that you can be rich by using bones or something like that because some witch doctors have said so. ... That's stupidity," he told a political rally on June 1.

Police concede that a lack of security has caused persons with albinism, and their parents, to live in fear of attack.

"In rural areas where these attacks are rampant, we do not have enough police officers," the officer in charge in Machinga district, Isaac Maluwa, said.

When an AP crew in Machinga district stopped to talk to a man riding a bicycle and carrying a 3-year-old albino boy, he charged at the crew with a knife.

The man, 31-year-old Razik Jaffalie, later explained that he is in dire straits after giving up his work as a bicycle taxi operator to protect his son. 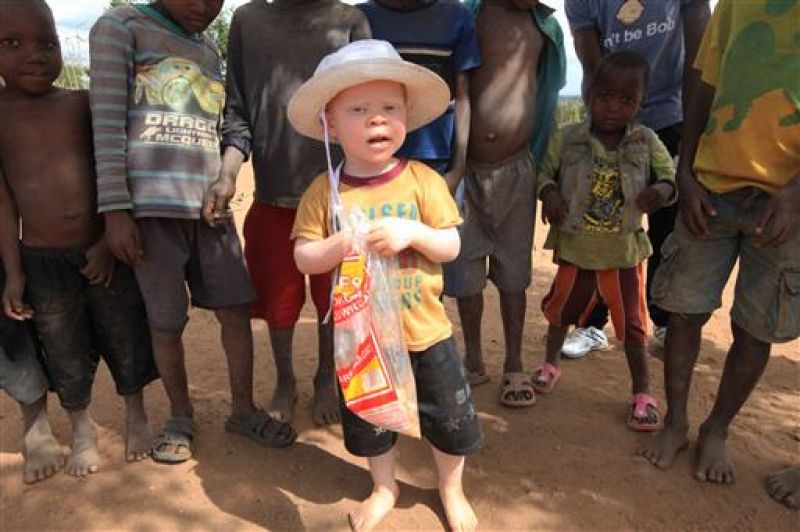 Cassim Jaffalie,3, is seen with his friends at their family home in Machinga. His father Razik Jaffalie gave up his work as a bicycle taxi operator to protect him. (Photo: AP)

"My life has come to a standstill," Jaffalie said, then declared: "Anyone who will come to try to snatch my child from me will have to kill me first."

Amid the fears, there are stories of optimism. Mina Godfrey, a 13-year-old girl with albinism in Machinga district, said she placed first in her latest school exams and hopes to become a lawyer. But this comes after she survived being abducted from her bed at night by her uncle.

"I was deep in sleep when next thing I realized was that I was outside the house, naked, while heavy rains pouring down on me," she said. "When I screamed, my uncle grabbed me by the scruff of my neck and I choked." 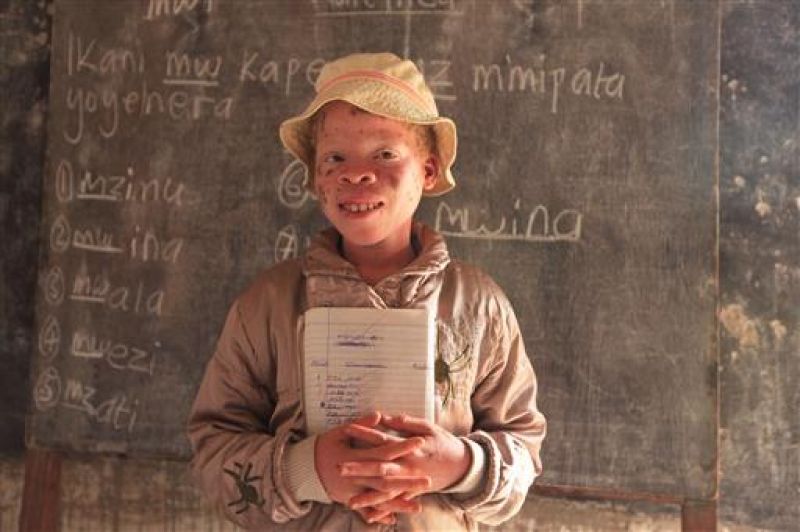 Mina Godfrey, 13, pictured smiling at the camera at her school. (Photo: AP)

She tried to flee but was tied to a bicycle that her attackers used to transport her.

"But when we went to the next stop, they untied me to negotiate with the buyer and started discussing before moving away a little bit, giving me an opportunity to run away again," she said. She escaped to a nearby house, where she squatted until the owner found her in the morning.

Deprose Muchena, Amnesty International's director for southern Africa, concluded: "The time has come for the government of Malawi to stop burying its head in the sand and pretending that this problem will just go away.”

At least 1,000 killed in Afghanistan quake, with fear toll will rise