The hoarding showed a map of India that includes Pakistan, Afghanistan and Bangladesh as its parts. (Photo: ANI/Twitter)

Rabat (Morocco): In a major gaffe by organisers of an event at the Mohammad V University in Moroccan capital Rabat, where Vice-President Hamid Ansari is scheduled to give an address on Wednesday, a hoarding shows a map of India that includes Pakistan, Afghanistan and Bangladesh as its parts.

The hoarding has been placed at the entrance of the venue where Vice-President Ansari is set to deliver his lecture.

The college authorities have now pasted a white tape over the erroneous map after Indian officials intervened. 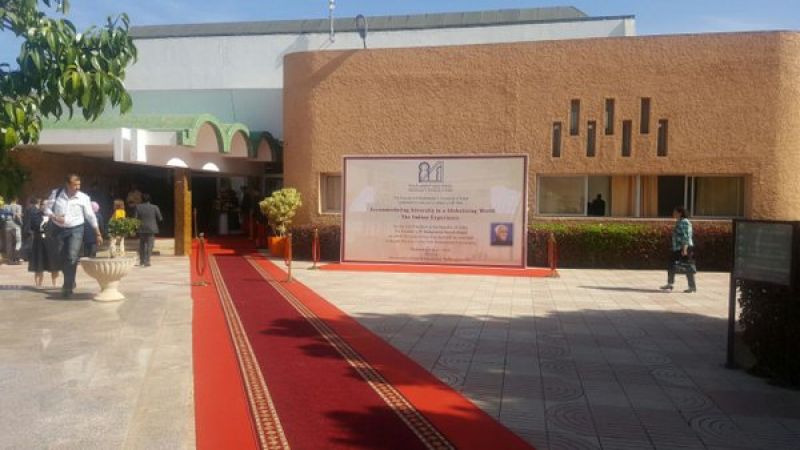 The hoarding now has white tape over the map. (Photo: ANI/Twitter)

College officials told an ANI reporter, who is a part of the vice-president's delegation, that it was an error on the part of the college. They, however, refused to be quoted on record.

Apparently, there are two such maps, while one has been covered with white tapes, another is still blatantly visible.

The lecture at the Mohammad V University today will be Vice President Ansari's final engagement in Rabat after which he will proceed to the city of Marrakech.

During his stay there, the Vice President is scheduled to visit Jardin du Menara, the gardens established in the 12th century at the gates of the mountain range in northwestern Africa known as the Atlas Mountains.

He will also pay a visit to the El Badi Palace, a centuries-old ruined palace located in the city.