A Hakuna Matata kind of holiday

Masai Mara has one of the largest densities of lions.

At the outset, let me confess — I was never an animal enthusiast; I didn’t even bother with the wildlife channels on TV till I got married into a family that was hooked on to these channels. But then I was hooked too. After watching the magnificence of this kingdom unfold on the TV screen, we really wanted to experience it at closer quarters and figured that a family holiday to Kenya would be perfect for this. So, off went six of us — armed with as many cameras — to Kenya!

Tourism is the biggest contributor to Kenya’s GDP and the main attractions are the National Reserves which are home to Africa’s Big 5 — Lion, Cheetah, Elephant, Rhinos and Buffaloes and many other species. With 10 days on hand, we chose a few reserves that would fit well into our itinerary.

Masai Mara was the highlight. The vast savannah grasslands stretch endlessly, as animals and birds roam freely in their natural habitat and you are forced to humbly acknowledge the magnificence you are lucky to be a part of. You can choose half or full day safari to explore the Mara and stay in a luxury resort located at the park itself. Masai Mara is famous for the Great Wildebeest Migration that takes place between July and October.

Over two million animals migrate from Tanzania’s Serengeti Reserve to Masai Mara in search of greener pastures. Thousands perish as they cross the Mara River, either falling prey to crocodiles or a casualty to the stampede that ensues. Unfortunately, we missed the spectacle by a week, although the wildebeest and zebras that dotted the landscape provided testimony to the migration.

Masai Mara has one of the largest densities of lions. The first lion we encountered was fast asleep, stretched out under the shade of a bush, oblivious to us. Our experienced guide led us on to an entire pride of lions lounging, after devouring a buffalo. We also followed a couple of lionesses as they tried to hunt down an antelope. We were enchanted by this power play in the wilderness.

A couple of impalas and a few giraffes surreptitiously followed a lioness to check where she was headed. Herds of elephants playfully nudged their little ones along, a perfect example of a close knit family, while a pack of hyenas were slinking about the bushes planning out their next move. Giraffes, gazelles, buffaloes, zebras and wildebeest grazed all over the grasslands, always on the lookout for predators.

Lake Naivasha was another favourite with its large population of hippos and many species of birds that thrive in the abounding acacia trees on its banks. Our lodge was located right on the banks of the lake and giraffes, antelopes and gazelles roamed across the grounds freely. The staff warned us about hippos that stroll around the property at night! My in-laws were pleasantly surprised when they woke up the next morning to the sight of a giraffe grazing right at their balcony! 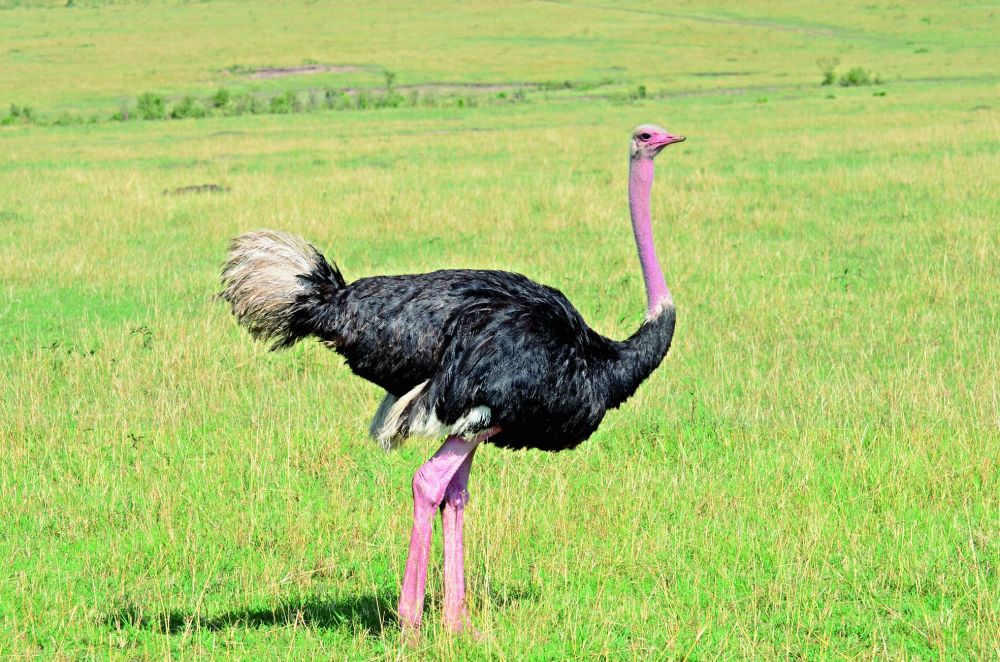 We also had safaris planned in reserves like Aberdare, where we stayed at an ark shaped lodge called, well, “The Ark”. We spent most of that night glued to one of the many glass-fronted viewing decks, entranced by our first experience of game viewing — elephants and buffaloes mainly, and a hyena as well!

At Lake Nakuru we had our fill of pink flamingoes, while a safari to Sweet Water Reserve brought us face to face with chimpanzees. Our safaris had indeed played out far better than what we had hoped for and so far only seen on television.

Of the many Swahili words and phrases that we picked up, our favourite was Hakuna Matata, which means, “don’t worry”. We visited a Masai village during our stay at the Mara and the Masai warriors were exhibiting the ‘adumu’, a traditional jumping dance. 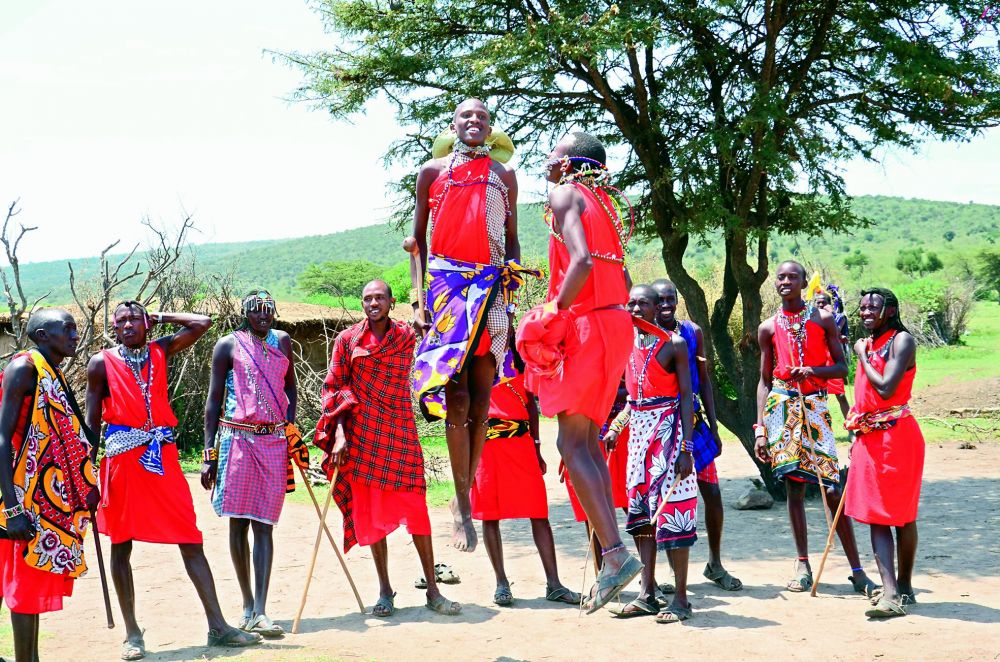 My brother-in-law decided to try out his skill at the adumu and merrily sprang about until his elbow accidentally connected with the jaw of a warrior next to him. For a few minutes, we all held our breath as we wondered what the repercussion would be. But the warrior just laughed aloud and said “Hakuna Matata”. I cannot tell you how relieved we were!

While this holiday was a whole lot of fun, it was also an eye-opener, about the role we all have to play in maintaining our ecosystem. Respect for all things living is just a small step in this direction. The memories of all the people we met, warm and hospitable, with their cheery “Jambo” and zest for life encapsulated in their “Hakuna Matata!” bring a smile to my face even today. All I can say is “Asante Sana” (thank you) Kenya for all the memories! When not toiling at her corporate job, the writer loves to travel the world