The Galaxy J6 is Samsung’s desperate attempt to gain attention amongst the likes of capable midrange smartphones from Xiaomi, Motorola, Honor and Nokia.
Rating:

Before Xiaomi, Motorola and a few others sold feature-packed smartphones offering tons of features, Samsung used to dominate the budget-midrange smartphone market. Their Grand series of Android smartphones offered the best one could expect from a phone at that price point. However, post the Xiaomi-Motorola era, Samsung relies on their J series smartphone to stay relevant in this segment. Riding high on its brand value and a sturdy after sales, Samsung kept dominating the charts with its J series until Xiaomi overtook them with their Redmi series last year and has been leading since then.

In order to gain back the position it once enjoyed, Samsung has unveiled its updated J series for 2018, with the Galaxy J8 catering to the sub Rs 20,000 bracket. The J6, on the other hand, has been devised to lock horns with the segment leader Redmi Note 5, Motorola’s G5 and Honor 7X. Samsung is betting high on its 18:9 Infinity Display with an AMOLED screen — a feature that was limited to the premium Samsung devices till now. The J6 also sports a unibody design and comes preloaded with Samsung’s AI assistant Bixby. It's priced aggressively at Rs 13,990 for the 3GB/32GB variant and Rs 16,490 for the 4GB/64GB variant. Let’s dig deep into what the J6 has to offer this time.

Samsung is known for recycling existing designs on their budget smartphones, which leads to most of their smartphones looking pretty much identical. That’s not the case with the Galaxy J6 — gone is the wide 16:9 panel with chunky bezels all-around. In its place, there’s a modern and slimmer 18:9 display. The modern display with narrow bezels makes for a smartphone that’s suitable for single-handed usage. However, Samsung has stuffed-in an LED flash to assist the front camera in low-light situations. 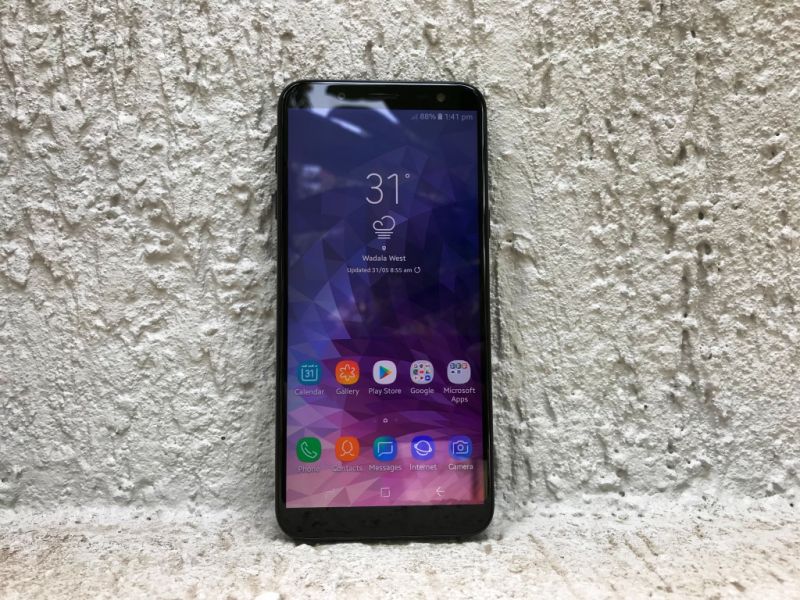 The rear gets interesting — unlike the Redmi Note 5 or Honor 7X, the Galaxy J6 sports a rear panel made out of plastic, with a matte finish. Plastic is certainly not the material you expect a midrange smartphone to flaunt these days. However, a plastic build ensures that the overall weight of the phone is kept in check, which indirectly helps with the ergonomics as well. As a result, the J6 is unarguably one of the few midrange smartphones today that’s comfortable to use. A plastic build also assures that you don’t necessarily need a bulky case to keep it away from fingerprints and scratches — a magnified problem with metal and glass-bodies phones. 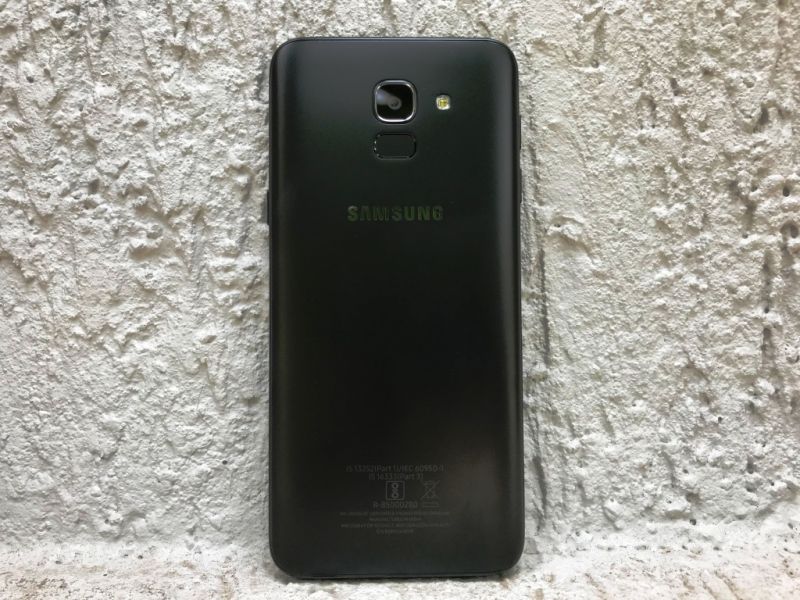 However, the J6 retains certain classic J-series features such as the side-mounted loudspeaker and a 3.5mm headphone jack. There's a dual SIM card slot and a dedicated microSD card slot that allows up to 256GB. The fingerprint sensor is also retained, positioned just below the rear camera. While it helps enhance the aesthetics, it certainly is situated in a difficult position, making it hard for anyone to reach it while on the move.

Similar to other midrange Android smartphones, the Galaxy J6 sports an 18:9 display measuring 5.6-inches. Unlike the competition, it utilises Samsung’s acclaimed Super AMOLED display, which is known for rendering inky blacks and vibrant colours. However, it only renders images at a resolution of 720 x 1480 pixels with a pixel density of 294 ppi — this is comparatively inferior to what the competition offers. Samsung also doesn't mention any glass protection — we noticed the J6 picking up minor scuffs and scratches while using it as our daily driver.

Despite the lower resolution, the J6’s display produces good results that provide a satisfactory viewing experience. The AMOLED panel helps with eye-popping colours and high contrasts. The viewing angles are wide, but sunlight legibility suffers noticeably. If display performance is really important to you, then the J6 will certainly impress you. However, Samsung could have pushed for a full HD panel, considering the competition considers it as standard. Additionally, the J6 lacks an auto-brightness sensor, which means that you are on your own adjusting the brightness in various situations — Come on Samsung, an auto-brightness sensor is a necessity, and not a luxury.

The J6 relies on Samsung’s home-brewed Exynos chipset, particularly the Exynos 7870. This is a two-year-old chipset with eight A53 cores and a single core Mali-T830 MP1 GPU. Samsung offers the J6 with either 3GB or 4GB of RAM. Samsung Experience 9.0 based on Android 8.0 looks after the daily chores. At first glance, the J6 doesn’t seem to aim for performance, considering the internals. 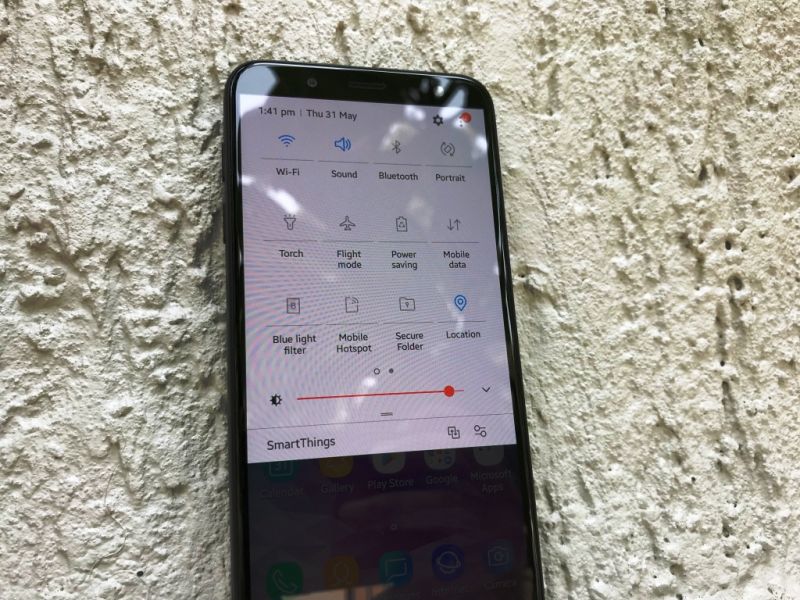 The 7870 chip wasn’t exactly a performance powerhouse when it was introduced in 2016. Additionally, Samsung still doesn't offer the latest build of Oreo (Android 8.1.1), offering the slightly older Android 8.0. Despite that, Samsung has optimised its software for the chipset, trimming down unnecessary stuff here and there. As a result, the J6 feels eager right out-of-the-box. There’s negligible stutter or delay while browsing through the interface. However, when the J6 is put under some stress, the old chipset begins to show signs of its age — it lags occasionally, bringing back the classic Samsung midrange performance issues that the phones of yesteryears suffered from. Heavy titles such as Dead Trigger 2 and PUBG will run on the lowest settings, albeit with noticeable frame drops. In short, this isn't a smartphone for performance enthusiasts. 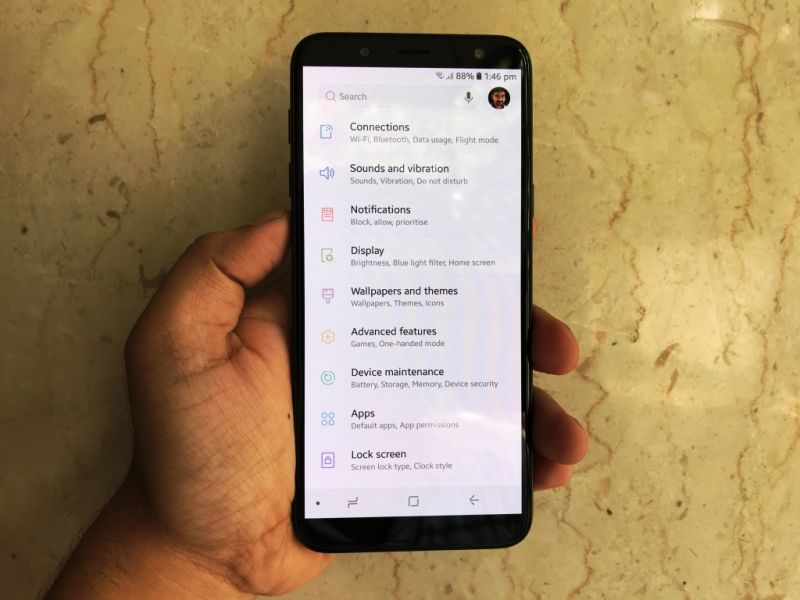 Despite the laid-back performance, Samsung has to be commended for delivering a highly polished user interface. Samsung Experience 9.0 feels premium and is packed with features that can be found on the more expensive models from Samsung’s stable. Samsung is also one of the few manufacturers in this price range to offer enterprise-grade data encryption security with its Knox service. Samsung has built-in a software-based Face Unlock system which requires brightly-lit scenarios to work effectively — we ended up relying on the fingerprint sensor for most of the time. The Chat-Over-Video feature allows you to use popular messaging apps without having to pause or resize your video by making the keyboard and the app's interface translucent. 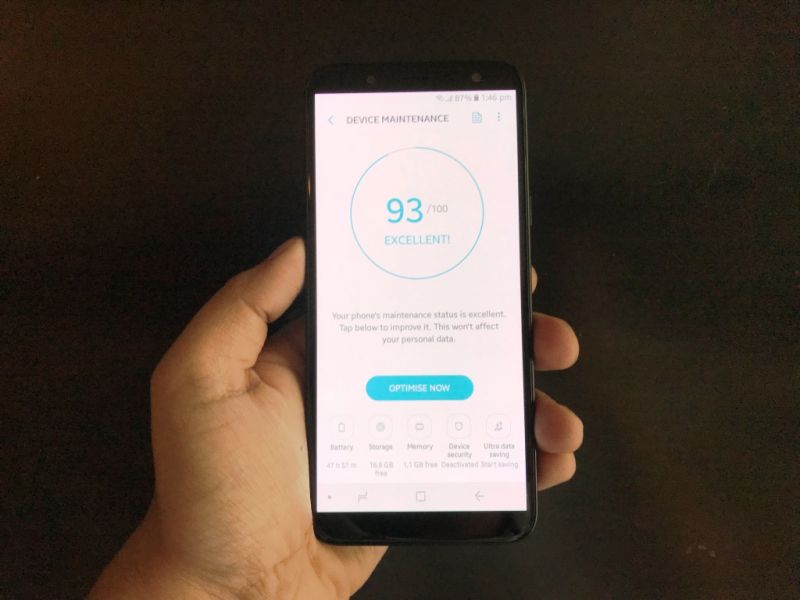 Bixby also makes an appearance here, albeit in a stripped-out form — Bixby is essentially an AI-powered timeline that arranges all the stuff you use the most on your phone — Bixby Voice is absent from here. But, you do get Bixby Vision, which is clever at identifying stuff and helping you find it on the Internet. You also get India specific features such as Samsung Mall (an AI-based shopping portal) and Samsung Pay Mini (a UPI payment portal). 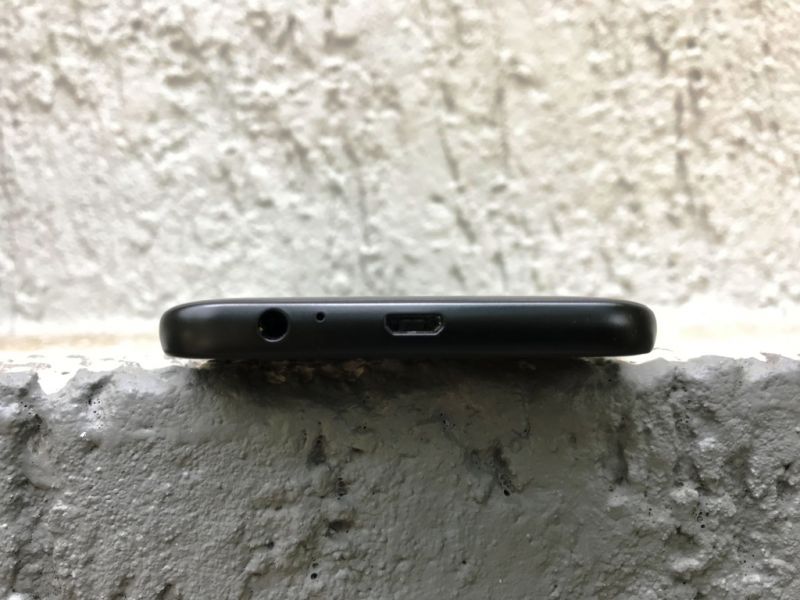 Another area where the J6 shines is the audio department. The J6 supports Dolby Atmos audio through the headphone jack, which delivers an impressive audio experience, even when you aren’t using professional headphones. 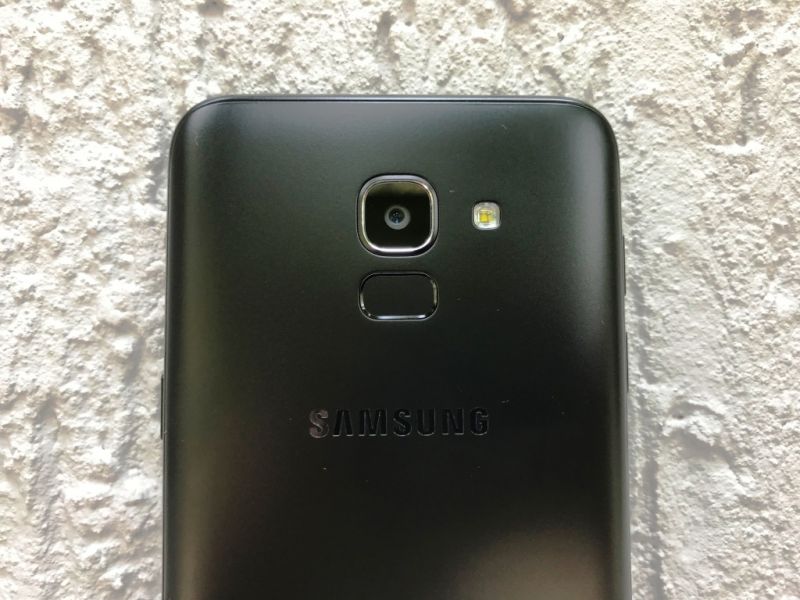 There’s a 13MP rear shooter with an aperture of f/1.9 and an LED flash. The images can at best be described as decent in daylight scenarios — the pictures are clear with vibrant colours and contrast. Low light performance isn’t impressive as the camera tends to underexpose the image and loses out on details as well. The camera also struggles with the autofocus system in low-light conditions. The camera app offers AI-based stickers like you find on Snapchat and Instagram. You also get a dedicated Night Mode that stitches four shots simultaneously in varying exposures and fusing them together to get the perfect shot. 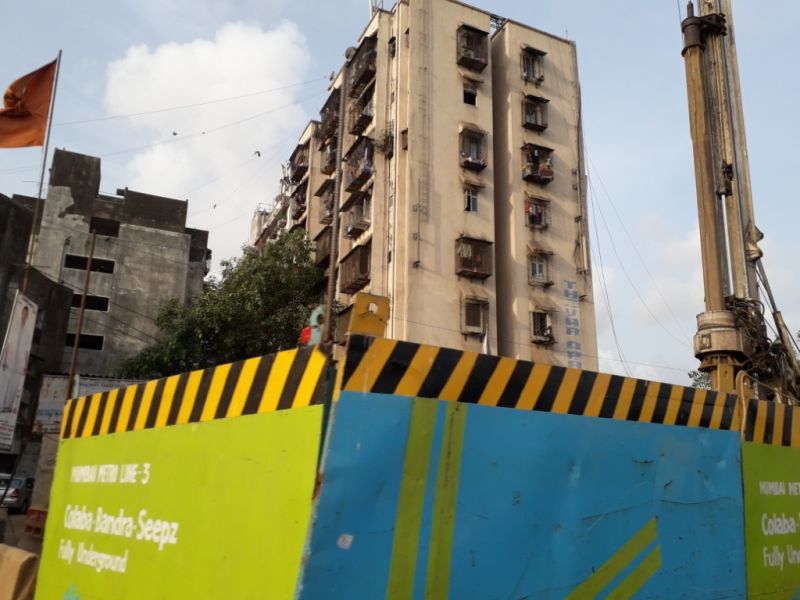 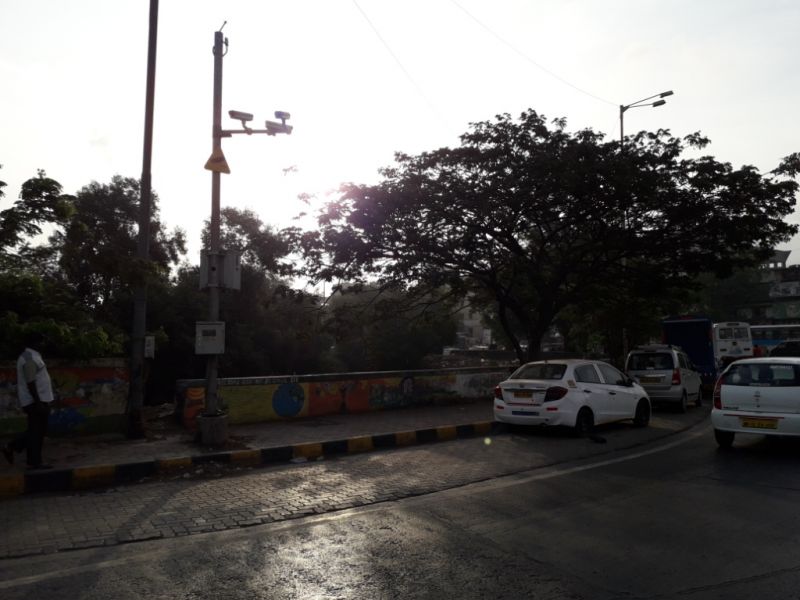 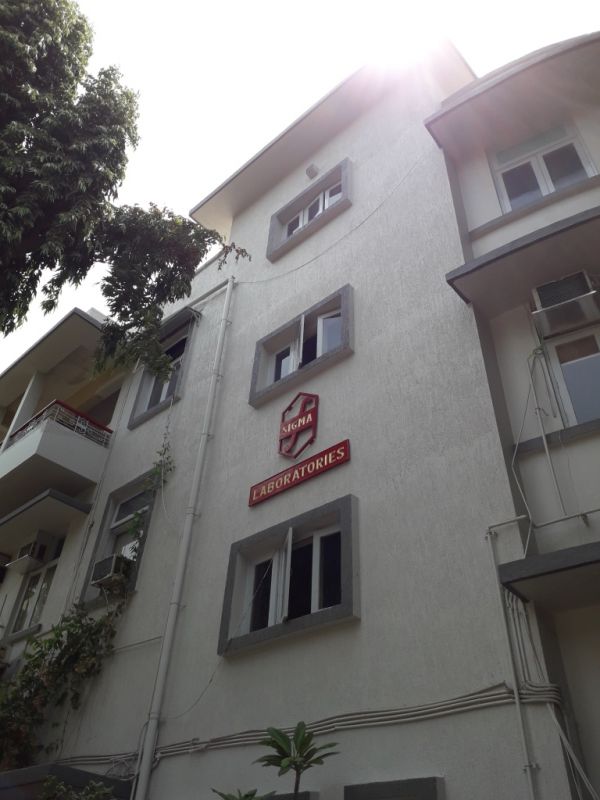 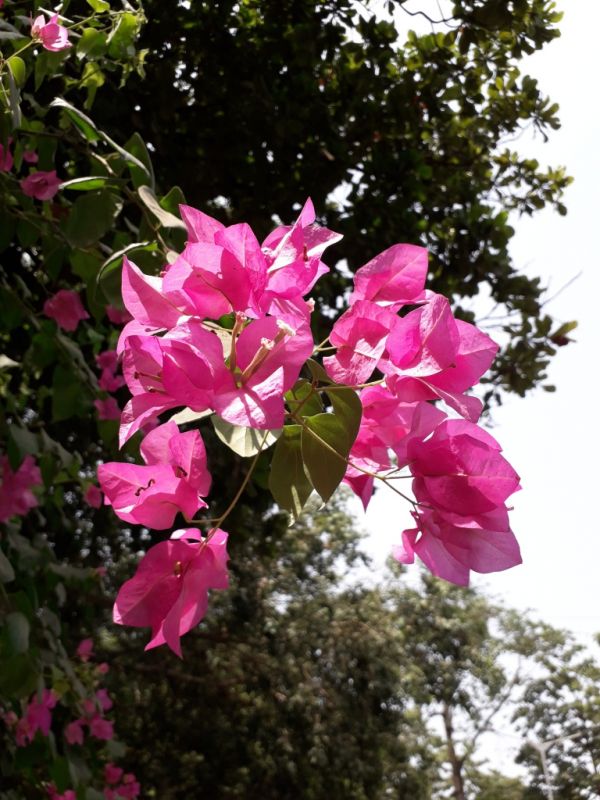 The front camera utilises an 8MP sensor with an aperture of f/1.9 assisted by LED flash. The selfies turn out to be good with adequate details and vibrant colours. The J6 also offers AI-assisted bokeh shots, which work fine in well-lit situations. 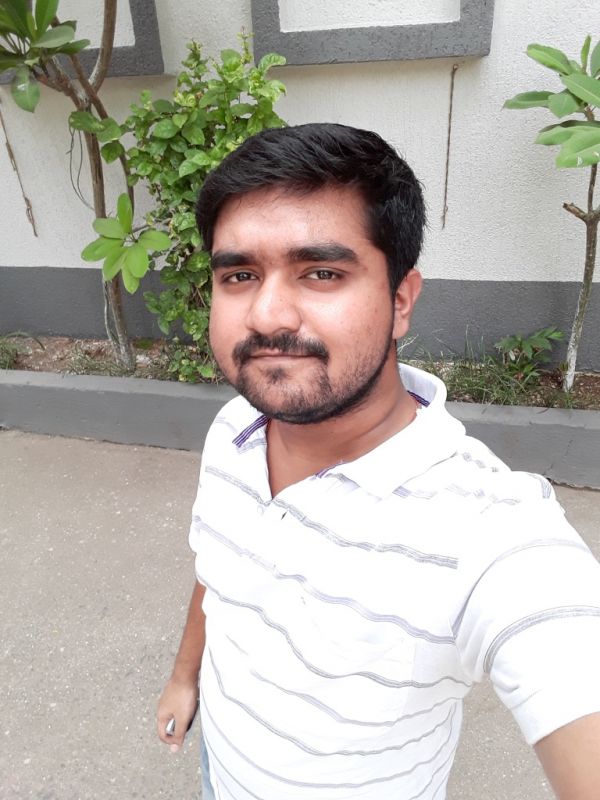 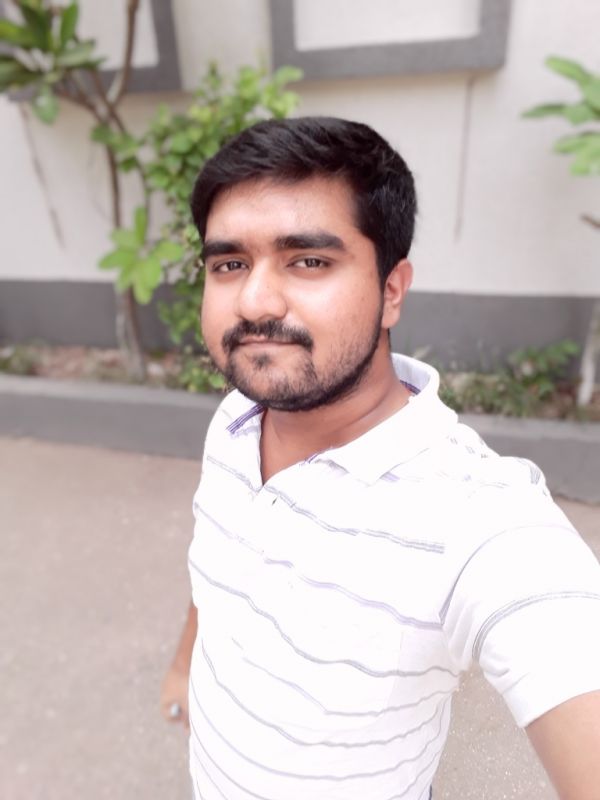 With a 3000mAh battery, the Galaxy J6 manages to deliver around a day’s power on a single refill with a fair amount of texting, doing hour-long sessions on YouTube, streaming audio from the Internet and snapping selfies. There’s no fast charging though, which is why it takes close to three hours for filling up from nothing.

The Galaxy J6 is Samsung’s desperate attempt to gain back its attention in the budget segment which is presently ruled by Xiaomi, Motorola, Honor and Nokia. The phone impresses with a good display, above average cameras, a polished UI experience and decent battery life. However, the competition offers better value for the same price, if not lesser, making for much more capable smartphones that are better options as a dependable daily driver. Therefore, the J6 faces tough competition, despite being a fresh offering in the budget midrange segment. The J6 does feel dated at this point.

We recommend the Samsung Galaxy J6 to budget smartphone seekers who value a brand image and a robust aftersales and support over performance and modern features.