The Infinix Note 5 comes with the purest form of Android 8.1 Oreo.
Rating:

Finding a good smartphone these days is quite a task — thanks to the prices that have skyrocketed, leaving most people in the lurch. Seeking a handset that boasts stylish designs, crisp display, good camera performance and most importantly longer battery life, especially within a small budget, is becoming increasingly difficult. Some handsets check one or more of the above boxes, but not all manage to pull it off. To address all these concerns, and after launching the Note 5 in the global market, at long last, Infinix has finally bought an Android One handset to market. This device comes with the purest form of Android and comes with hardware that many competitors cannot boast of in this price bracket.

We took a close look at the Infinix Note 5 that comes powered by a 4500mAh battery, cameras infused with AI, and last but not least, the Android 8.1 Oreo OS, the way Google designed it to be used.

With the Note 5, Infinix has paid a lot of attention to design. The smartphone comes in three colour options — Milan Black, Ice Blue and Berlin Grey; and for our scrutiny, we received the Ice Blue version. In our opinion, it looks great. In comparison to the Note 4, that was released last year, the new handset sports a different look. This is a premium-looking handset that seems a lot more expensive than it actually is. The handset features a design trend that is found on handsets placed in the upper spectrum as it comes with an aesthetic appeal that's found lacking on other handsets from the brand.

Infinix has shifted the fingerprint scanner from the front to the rear on this one — a lot cleaner look. The camera placement has changed as well — it's now shifted to the top as opposed to the centre previously, and this gives the handset a more streamlined look. Infinix has added a dual LED flash on the rear and has aligned the camera sensor and the flash horizontally. It looks a lot neater than the camera/flash setup on their previous offering.

The handset features a unibody design that has tapered edges and a glass rear panel. The latter is used plainly for aesthetics. Nevertheless, the inclusion of it adds to the elegance of the handset. However, having a glass rear panel makes it prone to fingerprints — keeping it in the bundled case is recommended.

The power and volume buttons are located on right along with a triple slot tray for dual SIM cards and a microSD card. It’s beneficial now as you don’t need to sacrifice a SIM card for expanding the storage, and vice versa. The handset uses a micro USB for charging/data transfer and also features a 3.5mm audio jack.

Overall, the design of the handset is impressive and the build quality is sound. Being a sturdy handset, this should ensure that it can survive a few accidental bumps without much damage.

The Infinix Note series can be classified as the brand’s flagship line-up and with this year’s debutante, the changes are aplenty. The handset comes with the very trendy 5.99-inch FHD+ display (18:9) that boasts a 2160 x 1080 resolution and an impressive 85 per cent screen-to-body ratio. This in itself puts it on par with smartphones that are priced a lot higher. A design choice with the use of the 2.5D curved glass display featured here makes it very comfortable to grip. The display is rated at a 500-nit brightness allowing you to have a comfortable viewing experience, even in direct sunlight. Apart from this, the display is crisp and the colours are vivid. 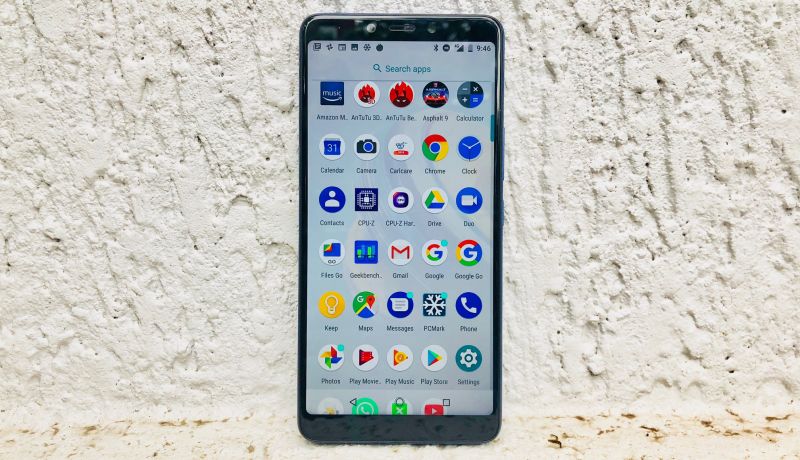 With that being said, Infinix has provided the purest Android experience and have done next to no tinkering with the software. Being an Android One device we don’t find Infinix’s XOS skin here and you will get security updates on a regular basis — guaranteed via Google. Infinix has also promised the Android 9 Pie update too, which would put it on the latest Android OS available till date. The Note 5 presently runs on a stock version of Android 8.1 Oreo and it is updated with the July security patch. 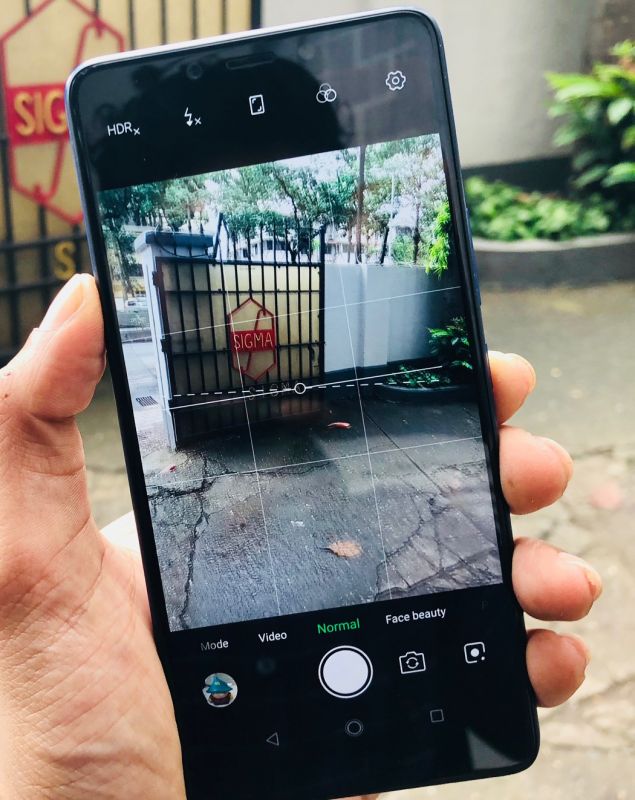 The handset has absolutely no bloatware; however, Infinix has thrown in three apps — CarlCare, XOS Camera and XClub. The handset also has unique gestures such as a three finger swipe down to capture a screenshot that is quite convenient to use.

To start of the performance section, the Note 5 is powered by a octa-core MediaTek MT67763V chipset, aka Helio P23, that’s clocked at 2.03GHz, and is paired with a Mali G71 graphics processor. The device we received for review was a 3GB/32GB variant and we found that upon booting up the handset for the first time, apps took a bit of time to load. However, post the first run, the UI loaded pretty quick and smooth. 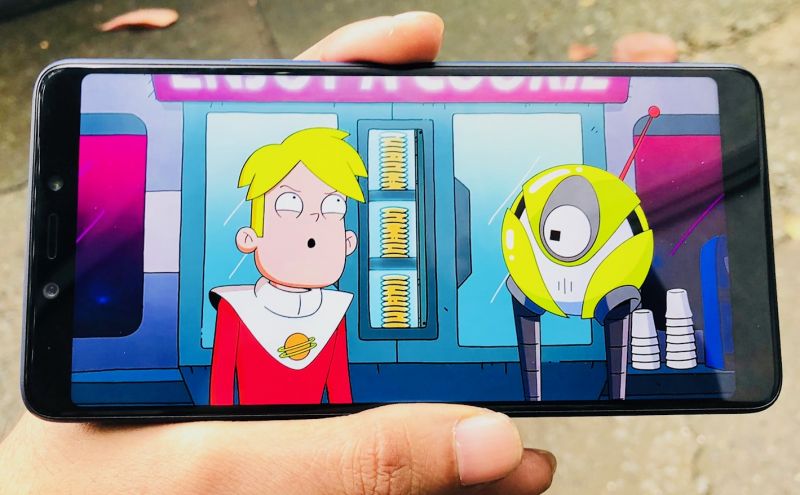 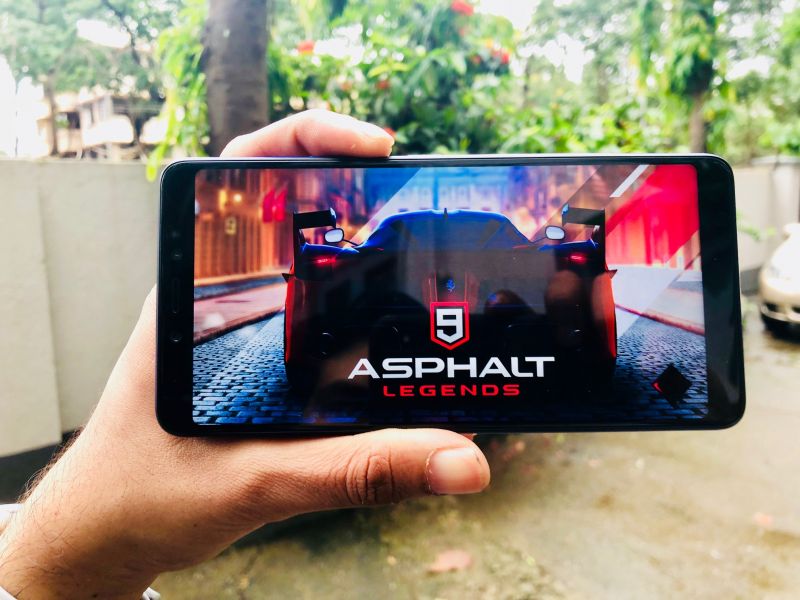 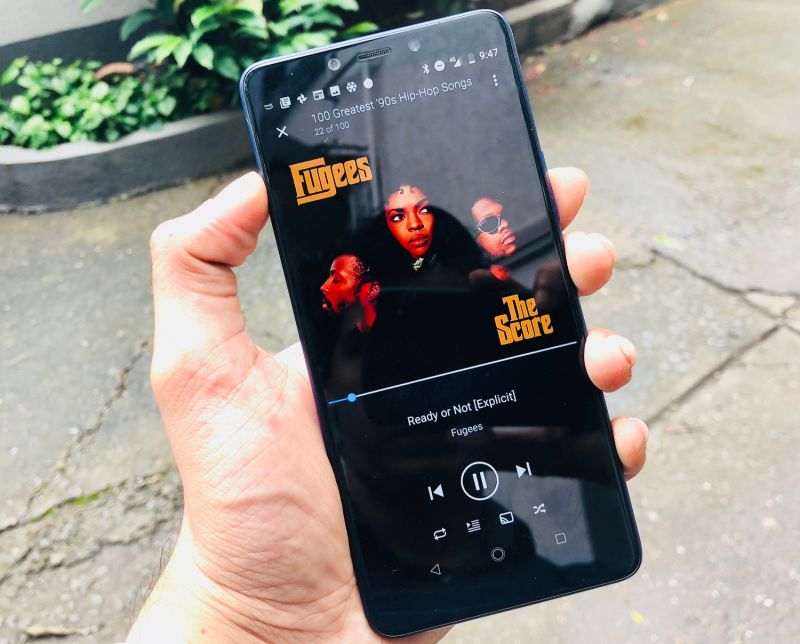 There was no stutter or lag noticed while using the device for social media, instant messaging, web browsing and alike. Streaming content from Netflix and YouTube was handled well and there were no issues here too. While playing casual games, the handset holds its own and it handled games such as Subway Surfers pretty well. When it comes to graphic intensive games like Asphalt 9, though the game is playable, the Note 5 works on the lowest possible in-game settings. There is a slight lag that’s noticed, but not as much to put you off.

We ran regular synthetic benchmarks, and in the Geekbench test, it scored 829 points in the single-core test and 3485 points in the multi-core test.  In the Antutu benchmark, the Note 5 scored 83957 points. In comparison, similarly priced handsets from competitive brands scored a lot less than this handset in these benchmarking tests. 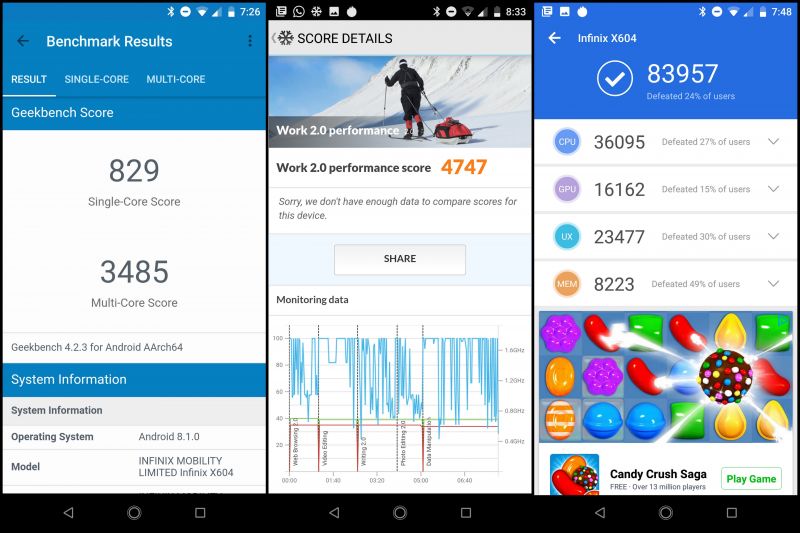 Moving on, a major gripe we had with this handset was the fingerprint sensor. The performance was pretty spotty and an error message would often appear stating that the finger wasn't recognised. We feel that Infinix should have also added face unlock as an alternative to the fingerprint sensor, as the same is a trend now. In fact, the brand does have this feature on their recently released Smart 2 device and it works effortlessly.

Google has powered almost the entire user experience on the Note 5; however, Infinix has taken care of the camera with their XOS Camera app. What may seem a little odd is the inclusion of a single rear shooter here, as nowadays a lot of budget offerings are coming with dual rear sensors. Infinix has stuck with a single 12MP primary shooter like they did with the Note 4. The camera features a 1.25µm pixel size sensor with a f/2.0 aperture. The rear shooter performs well in well-lit environments and has good colour accuracy. Details were pronounced and there was hardly any visible image noise. However, in low lit areas and indoors, the camera fell short as noise tends to set in. Smartphones that cost similarly have managed to produce better results without much difficulty. The rear camera comes with a variety of modes and most notably the inclusion of Google Lens and a Pro mode. In the latter, you can adjust the various camera sensitivities such as ISO, aperture, white balance, etc, to get the full manual shooting mode that’s found on DSLR cameras. 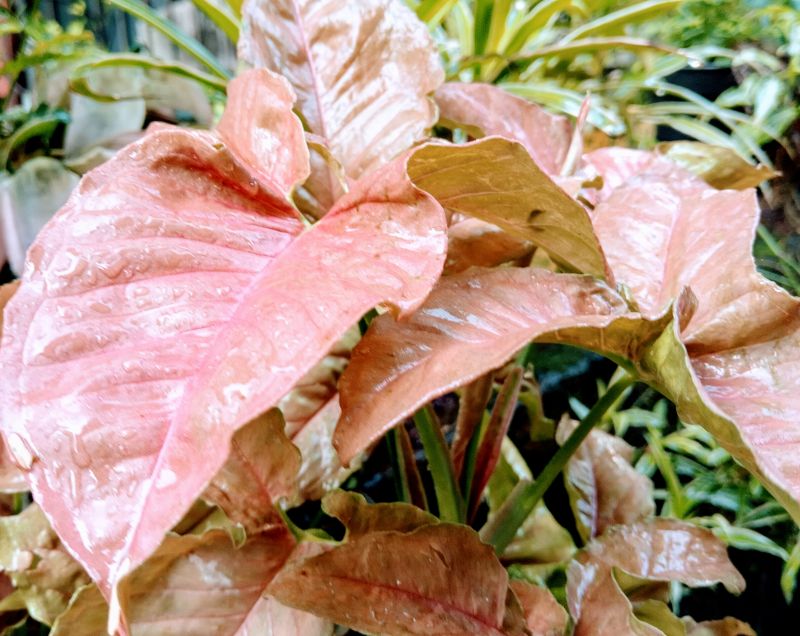 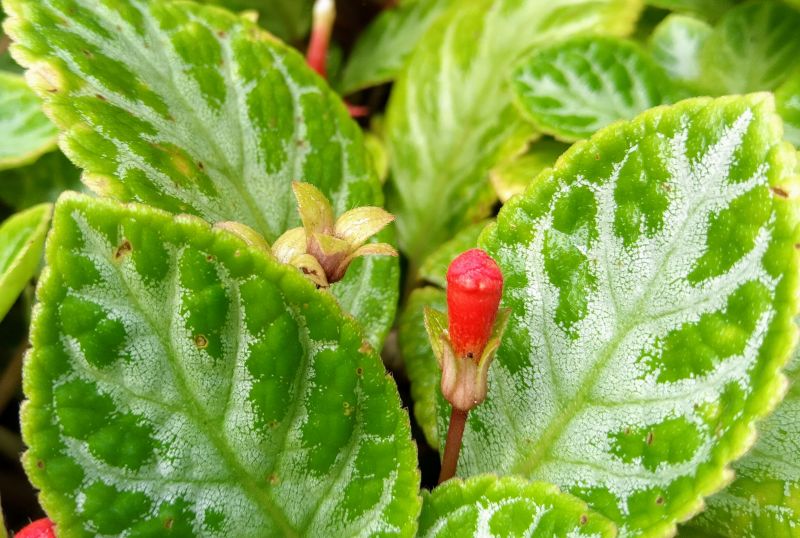 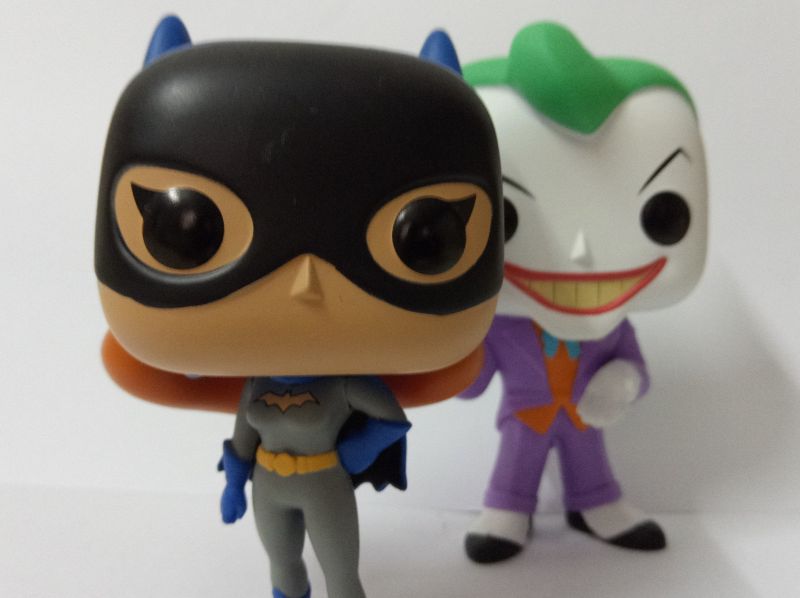 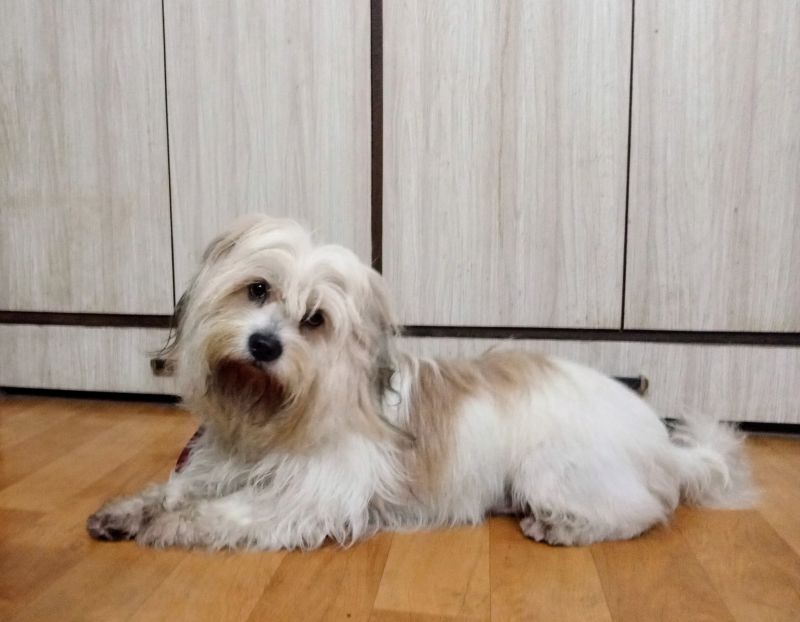 As for selfies, there a 16MP shooter with a f/2.0 aperture assisted by a dual LED flash is thrown in. The selfie camera is miles ahead of the rear camera when it comes to image quality and we really loved the outputs that it managed to produce. With this camera in use, skin tones appeared natural and a lot of detail was visible. Colours rendered well and this camera gets a big thumbs up. With the selfie camera, apart from normal shooting, you also get a dedicated Beauty mode and a Bokeh mode. With the former, your skin appears to look like it has makeup on it; we were not too fond of this feature as it makes you look unnatural. The Bokeh mode does well to produce a depth of field and clicking photos with this setting on was fun and is great for social media. 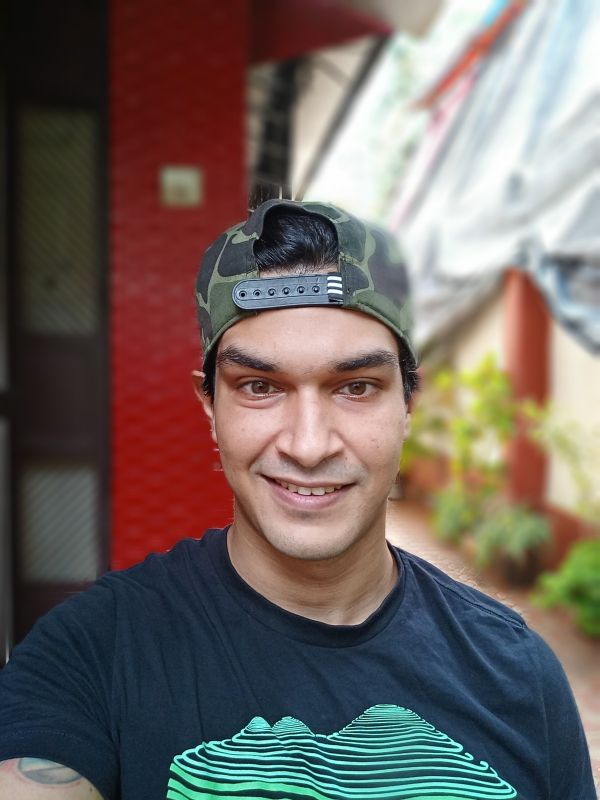 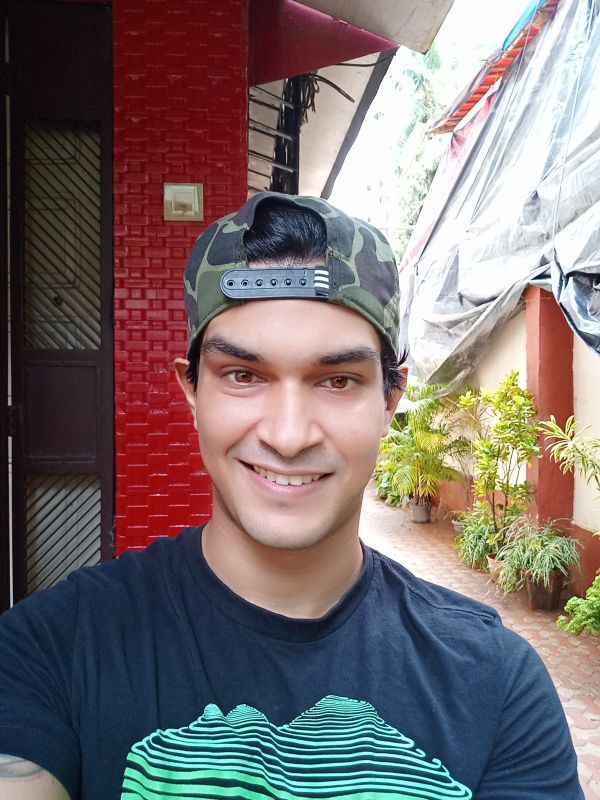 One of the strongest points of this handset is the extra-large 4500mAh inbuilt battery. We used this handset to browse the web, chat on instant messaging platforms such as WhatsApp and Facebook Messenger, access social media and played games such as Asphalt 9 and streamed audio and movies over Amazon Prime and there was still enough juice in it at the end of a regular workday. The battery is taken care of by an AI power management that helps with maintaining the runtime. And best of all, there is also a support for fast charging at 18W which helps to top up the battery in a jiffy. Also, Infinix has rated the battery standby at 3 days, which is quite impressive. 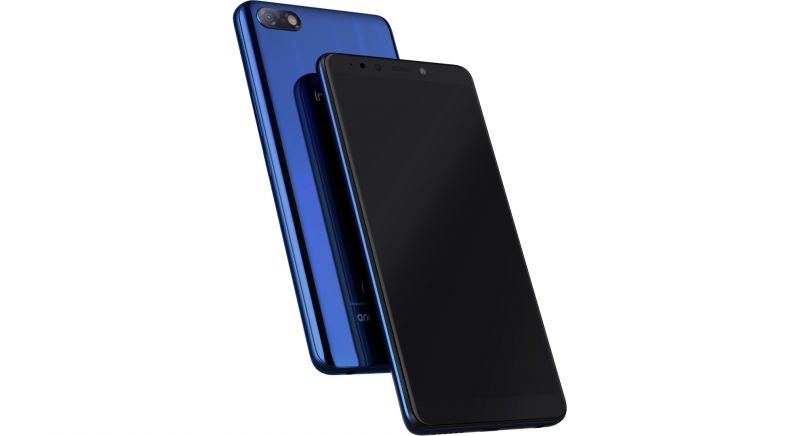 The Infinix Note 5 is priced at a sweet Rs 9,999 for the 3GB/ 32GB variant and Rs 11,999 for the 4GB/ 64GB variant. This handset is great for those looking for an Android One handset on a very strict budget of Rs 10k. The Note 5 does come with a few flaws, namely the rear camera performance and the erratic duty from the fingerprint sensor. However, if you ignore these two issues, then you get a handset with a beautiful UI experience that’s absolutely polished and uncluttered, a nice display, a great selfie camera, along with incredible battery life, all fitted in a very stylish package. So if you’re looking for an Android One handset from a brand that has managed to establish themselves in a relatively short period of time, then the Note 5 is an option that’s definitely worth considering.