After details of Samsung’s foldable Android phone surfaced on certification website TENAA last month, promotional images of the device have been leaked online, confirming the existence of such a device. 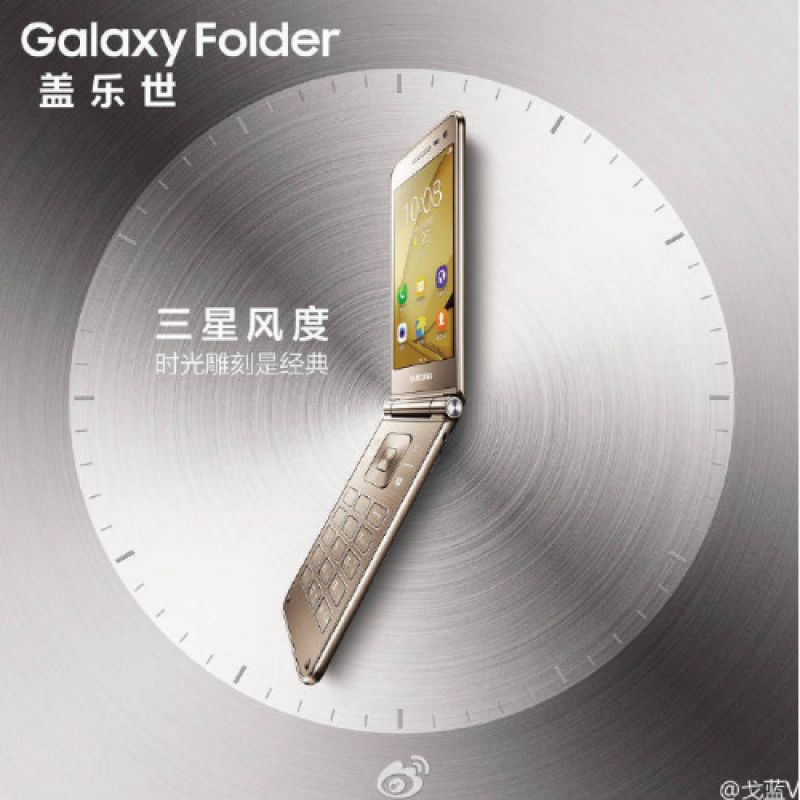 It was reported earlier that the handset would come along with a 3.8-inch touch-screen display and FCC confirmed that it would sport a 2,000mAh battery. A 1.4Ghz Qualcomm processor with 2GB RAM will take care of performance and 8GB internal storage would accommodate data, along with microSD support.

The phone will also feature an 8MP rear camera for photography and a 2MP front snapper for selfies. The phone is expected to run on Android 6.0.1 Marshmallow and should be priced around $250.

Samsung never really stopped making flip phones in this smartphone-dominated market; however, the report suggested that Samsung are not looking to retail this device outside China.