Honor Note 8 is expected to be launched on August 1.

Huawei is all set to showcase its new phablet from the Honor series with some respectable specs on board. But just days before its official launch, press renders of the Honor Note 8 have been leaked by Android Pure. 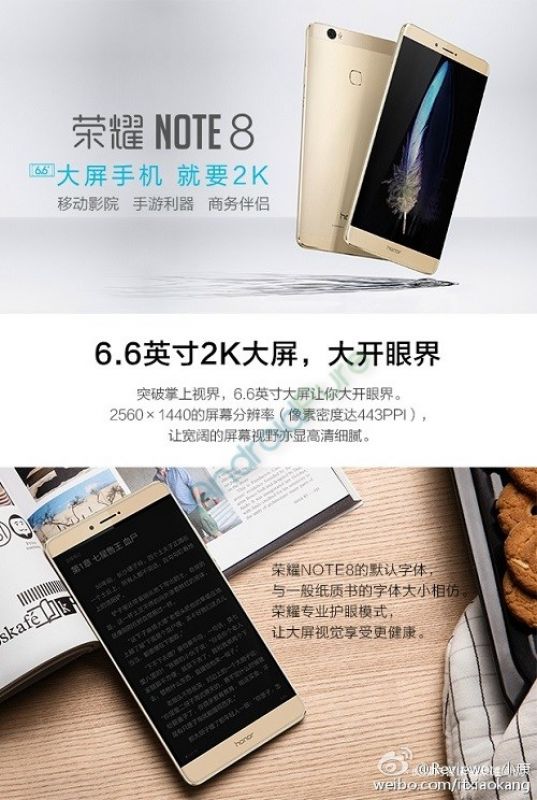 The images were posted on Weibo, where it can be clearly seen that the device will feature a fingerprint sensor and a bezel less display. The leak confirms that Honor Note 8 will feature a 6.6 inch 2K display. The display is Super AMOLED with 105% NTSC color gamut and 70000:1. 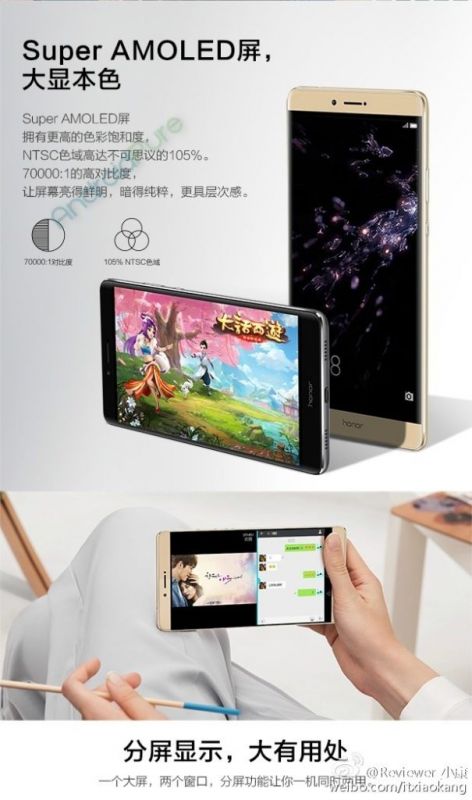 It will be powered by company’s Kirin 955, an octa-core processor coupled with 4GB of RAM. It packs a 13MP rear camera with with F/2.0 aperture, optical image stabilization and RGBW sensor.

It will also sport an 8MP front facing camera for selfies. Storage wise it will have 64GB of internal storage with support for external storage using a microSD card.

The phablet will be juiced by a 4500mAh battery and will ship in White, Black and Gold colour variants. If the rumours are to be believed, the phablet could be sold for a price starting $300 and it is said to be unveiled on August 1.