The iPhone features a cut-out for the front-facing camera, a similar move to what Samsung has done with its Galaxy S10+.

Apple will be showcasing its upcoming iPhone in September and looks-wise, it will be a minor upgrade over the current generation iPhone XS. While we expect Apple to sell plenty of iPhones, the Cupertino-based smartphone brand is expected to receive a windfall of cash when they announce their 2020 line-up as these upcoming smartphones will be revolutionary.

Apple has been tipped to release three iPhones in 2020 and will continue its refresh cycle. However, the biggest change here will be the elimination of the 5.8-inch iPhone to make way for a smaller 5.4-inch iPhone. Now, thanks to popular YouTuber EverythingApplePro, we get our first look at the 2020 iPhone and it looks absolutely stunning. The iPhone features a cut-out for the front-facing camera, a similar move to what Samsung has done with its Galaxy S10+. The key difference here is that it is centrally located. Apart from this, we get an iPhone 5/5s/SE design here as it comes with an industrial design that features sharp edges and a chamfered finish. The iPhone 5 has long been considered one of Apple’s best-designed iPhones so it’s great that it has been re-imagined to look like this. While it's not clear we also see the new mute switch that Apple is expected to unveil with the 2029 iPhone. This will be a major departure from the option they have used since the first iPhone. Apple is reportedly changing the design of this switch because they will be adding an extra camera sensor on the rear. 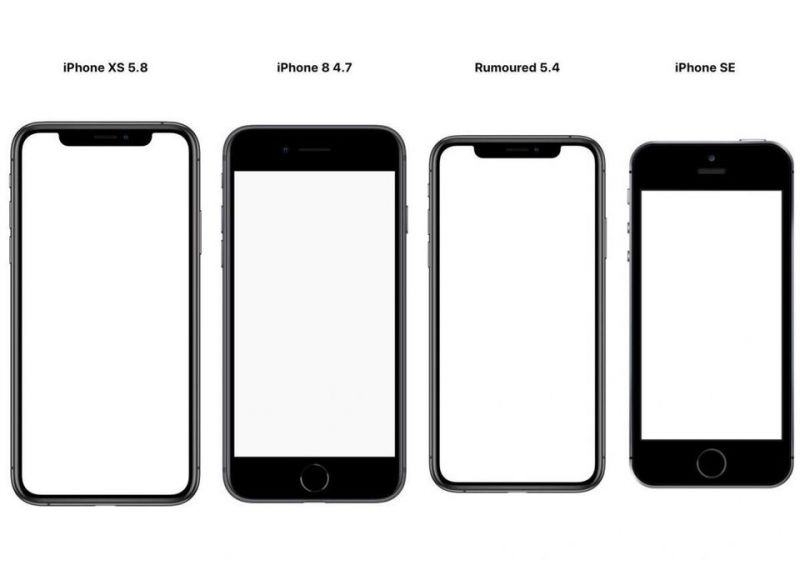 A report by Forbes states, “Because not only is Apple now able to fit a display 1.4-inches larger than the diminutive iPhone SE in almost the same form factor, Rudberg has played safe since Apple is expected to transition to a punch-hole design which will free up more screen space. “

The report goes on to state that when Android rivals are launching bigger handsets, Apple will throw a curveball and launch a handset that’s a lot smaller than the competition. This will cause it to disrupt the market and other manufacturers will once again be caught playing catch-up.