10GB RAM, 512GB Storage, 4K Display: Are you ready for this smartphone?

Vivo recently launched world’s first in-screen fingerprint scanner phone, the Vivo X20 Plus UD. However, its seems that the company is still looking to push the boundaries in the smartphone market. Leaks on the Internet are teasing a new Vivo smartphone by the name of Xplay 7, which is most likely to be the company’s new flagship this year.

According to Weibo, this Xplay 7 is rumoured to feature a massive 10GB of RAM, a 4K display and 256/512GB of internal storage. If these rumours are believed to be true, then this smartphone will be one of the world’s first to feature 10GB of RAM and 512GB of storage. This phone also sports in-screen fingerprint scanner similar to X20 Plus model. The phone is also expected to have a 92.9 per cent screen-to-body ratio. 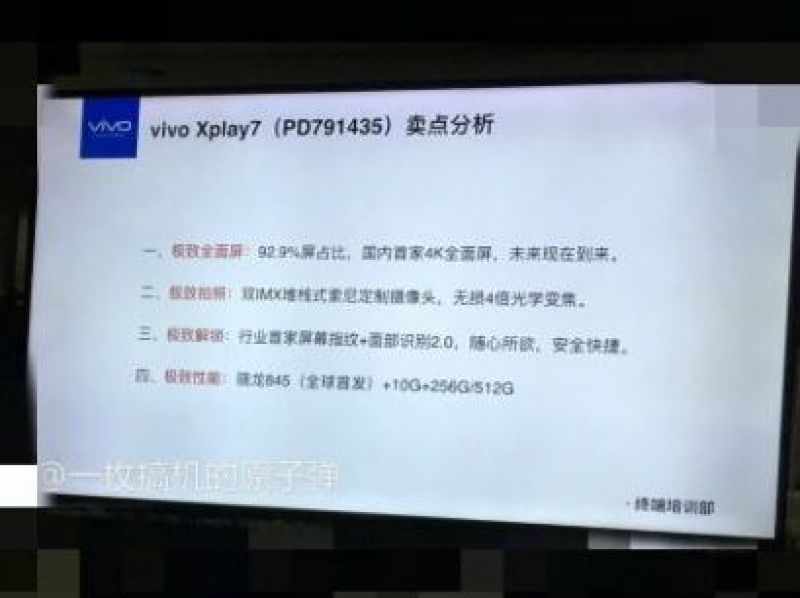 The phone sounds exceptionally good in terms of specifications and already beats the existing OnePlus 5T and Razer Phone, both of which are equipped with 8GB of RAM. Vivo Xplay 7 appears to be a successor to Vivo Xplay 6 which was launched in 2016. This phone might not be appearing at MWC in February but is expected to be launching this year soon.