Four-year-old Google’s flagship Nexus 6 was released with Android 5.0 Lollipop and was upgraded up to Android 7.1.1 Nougat until the company had decided to stop the regular Android updates back in 2016. After a solid two years of Android upgrades, Google had rolled out its most important security patches till last October, surprisingly now in the mid of 2018, the Nexus 6 received a new update from its Google servers.

According to Android Police, sized around 344MB to 911MB, the new update has started rolling out to the Nexus 6 users since past few days. With Build number N8I11F, the new update appears to be a change in the baseband version since its still running on 7.1.1 Android Nougat and is on the same security patch as released by Google last October. The kernel version of the update also appears to be same as earlier and the Factory and OTA Images are also available on Google servers currently. The N8I11F build features baseband version MDM9625_104670.31.05.51R, replacing MDM9625_104670.31.05.45R. 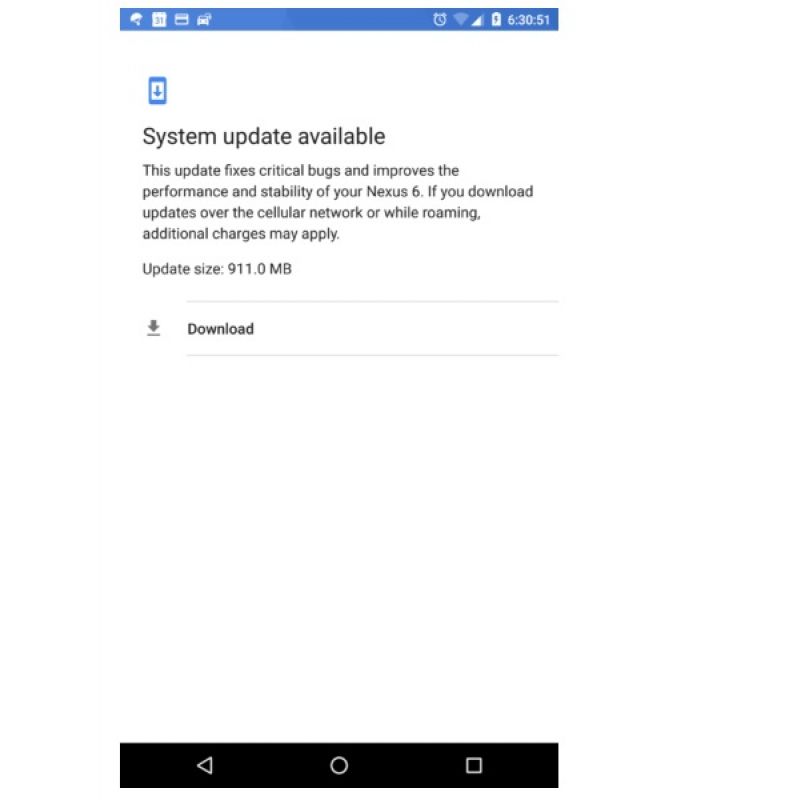 The report also suggests that this new update appears to be fixing an issue related to the T-Mobile carrier and nothing more than that. Moreover, this might be the last Android update from Google to the massive 5.96-inch screened Nexus 6 smartphone.