India will now 'Speak via satellite'

Inmarsat’s world-wide services are backed by three geostationary satellites, recently augmented by a fourth for redundancy.

Till quite recently, travellers entering India, including her own citizens, had to answer a question in the arrival card at immigration: Are you carrying a satellite phone? India remains among the small group of nations including, Russia, China, Cuba and Myanmar which bans the use of satellite phones within its boundaries, thanks to perceptions that such calling devices, untethered to a terrestrial operator within the country, could be exploited by terrorists. 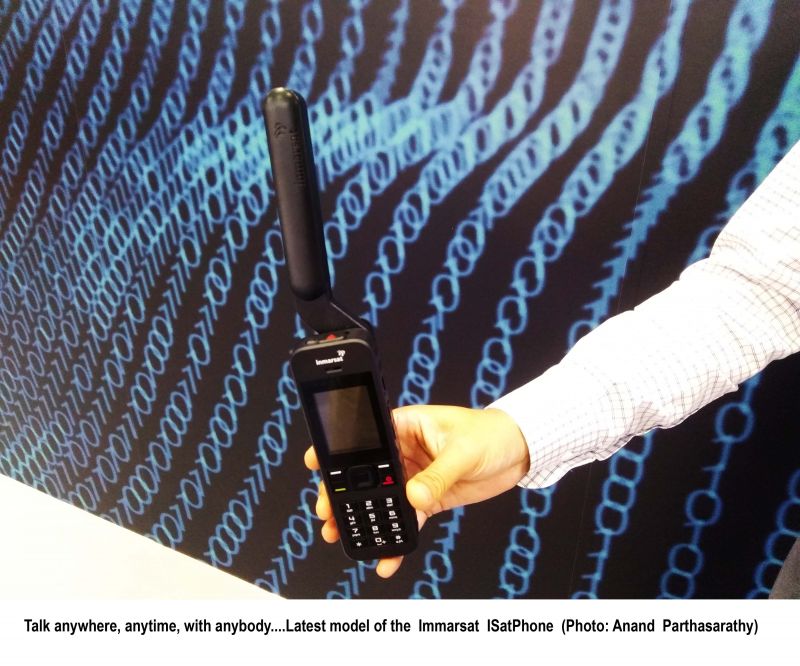 In the process India has denied itself a robust and fail-safe technology which has served well in disaster situations worldwide when all conventional communication channels fail. The need was acutely felt during the Chennai floods of December 2015, when rescue operations were cut off from victims for almost two days. Ironically, only five months earlier, in July that year, when Nepal suffered a massive earthquake, satellite phones as well as sat-backed Broadband Global Area Networks (BGAN) were widely used by aid agencies to coordinate rescue and rehabilitation. 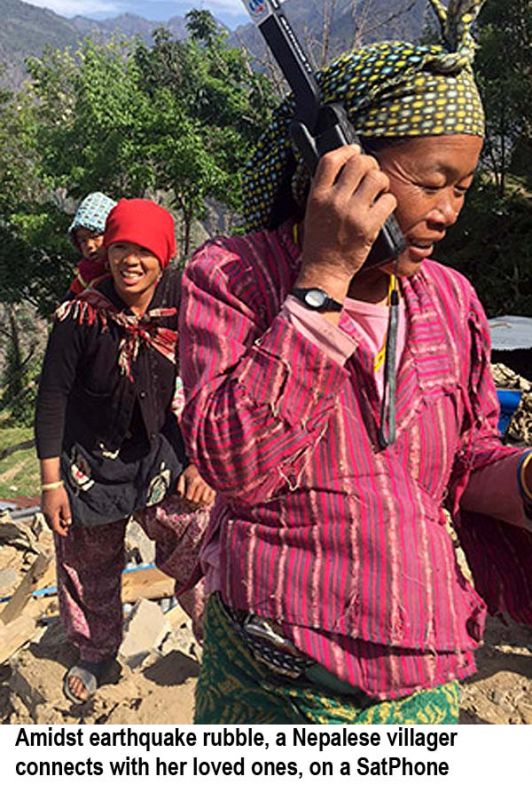 Perhaps someone in Delhi was watching... because last week, in what is a huge change of policy, the Indian government enabled BSNL and its partner, global satcom services leader Inmarsat, to set up an Indian Global Satellite Positioning System ( GSPS) gateway in Ghaziabad — a prelude to shortly offering government and private sector customers, access to satphone services. BSNL will, offer the service initially to government departments-- disaster relief agencies, Border Security, Railways etc. In 18 months to two years, the service will be offered to all citizens, says BSNL Chairman Anupam Srivastava. Call rates are expected to be in the Rs 30 to Rs 40 per minute range. 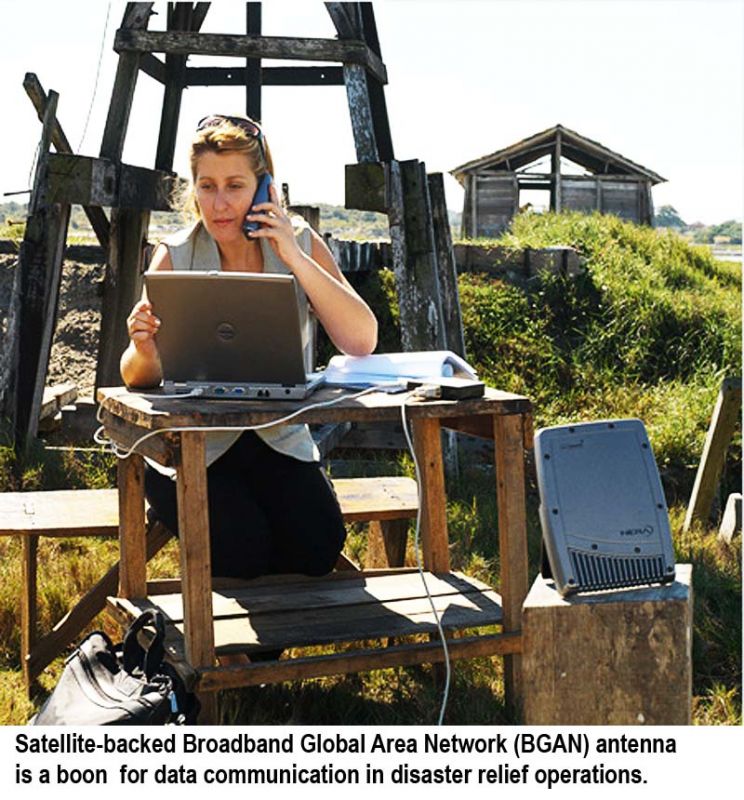 Inmarsat's world-wide services are backed by three geostationary satellites, recently augmented by a fourth for redundancy. By setting up an earth station here, Inmarsat has addressed the government's security concerns — since the communication will now land within India — like all other domestic cellular telecom. In a win-win it will now allow government to equip civil authority and the national disaster relief agencies with satphones as well BGAN-type data terminals which will work when all other forms of communication — radio, cellphone, Internet and telephone — fail.

In Singapore at the CommunicAsia show last week, I got to try out the Inmarsat ISatPhone2, a handy 316 gram device with its own swing-out satellite antenna. It works for voice, text and data — but the data connection is something of a standby and is quite slow — around 2.4KBPS. The voice was crystal clear when I called home. 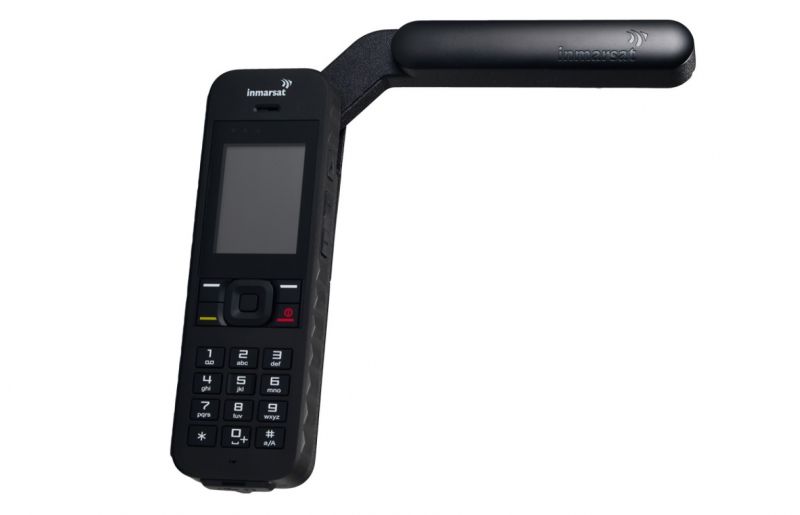 Inmarsat is not the only player on the satcom scene. The other names are Iridium, Globalstar and Thuraya, with fairly similar services. Iridium and Globalstar use 40-60 low level earth orbiting satellites rather than geostationary satellites.

Once India has met its security criteria, chances are, it will soon open up satphone usage to private enterprises as well. "Only Connect!" said E. M. Forster, famously, in his book 'Howard's End'. Technology has changed beyond recognition, but the need to connect people to people, is ageless.

India's eye in the sky

India's indigenously developed network of seven satellites to provide her own global positioning system or GPS is now, up and working. The ground receivers to work with what was as the Indian Regional Navigation Satellite System (IRNSS) and has now been rechristened NAVIC (navigator in Sanskrit) for NAVigation with Indian Constellation, are falling into place. Services are expected by end 2017. 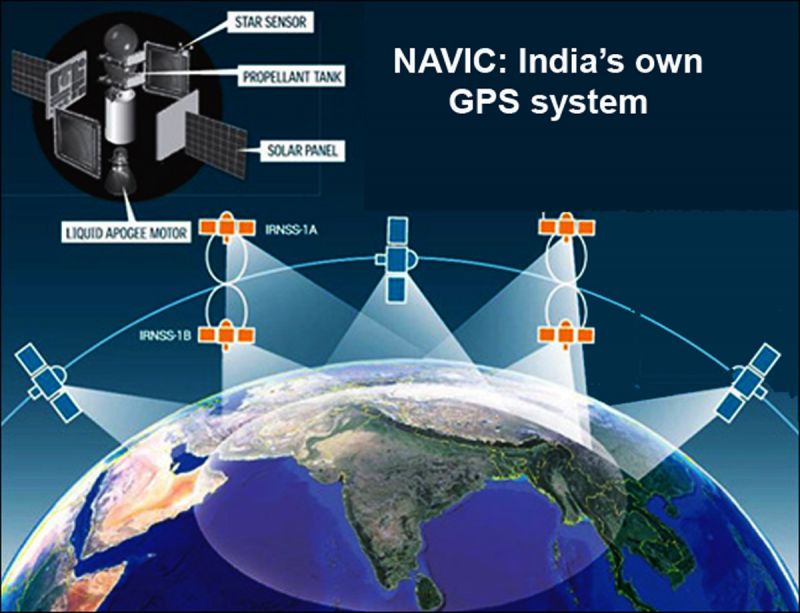 With this, India will join a small club — US, Russia, China, EU — with its own GPS system. The advantage is hugely strategic: NAVIC will cover all of India and up to 1500km beyond, to provide pin-point positioning and navigation. Today, everyone uses the US-based GPS system. What if in a future scenario, its use is denied to us? We will then have our own — and will not be susceptible to blackmail. Meanwhile the government is being sensible: GPS which has 30 satellites will remain the standard, but NAVIC will complement it. Already Indian aviation is using one of NAVIC's services — GAGAN — for aircraft guidance.