After the nearly successful Galaxy S9 and S9+ launches recently, the upcoming Note 9’s benchmark shows up online. The leak suggests that Note 9 to feature Qualcomm’s Snapdragon 845 chipset with an octa-core processor and 6GB of RAM. 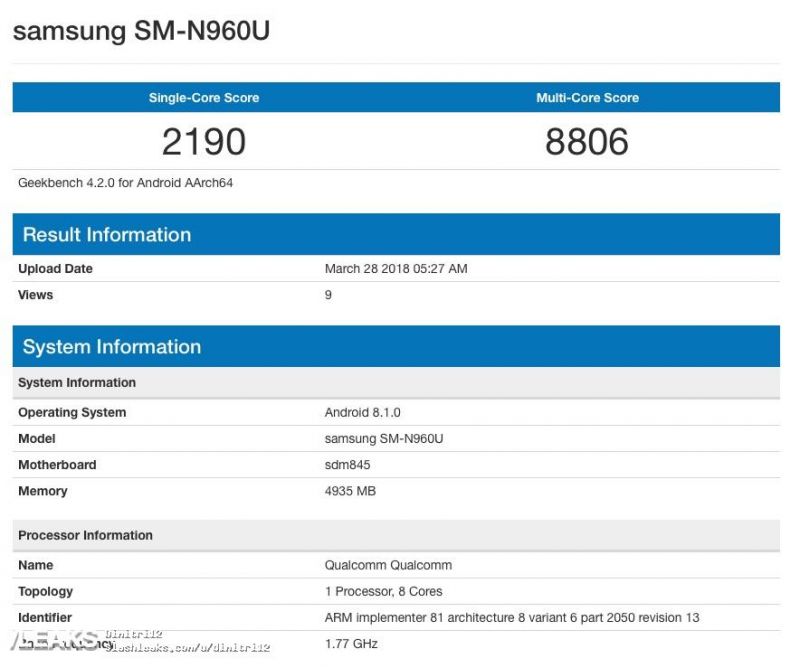 Since this variant is powered by Snapdragon, the numbers might slightly differ for Exynos model. As the Note 9 most likely launches in the second half of this year, this benchmark leak is quite early. As there is no change in the processor and RAM storage compared to the current S9+, we can expect a better camera and new stylus features on the Note 9 (with a larger screen obviously).

There have been rumours circulating that Samsung might go with in-screen fingerprint scanner on its Galaxy Note 9. Who knows it might be happening, as there aren’t any major under the hood changes according to this leaked benchmark leaks.