Acer is planning to launch its new tablet with Chrome OS, which is to be the first tablet shipping with the Chrome OS. Even though the details, price and launch date are yet to be revealed, a leaked image has surfaced online by an attendee at BETT London. 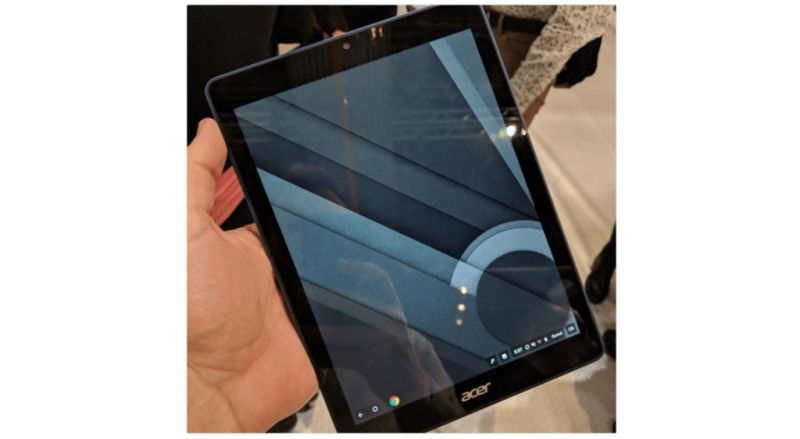 According to the Twitter user, who shared his hands on (tweet is now deleted) of the new tablet, which features 7.9-inch LCD display, with 4:3 aspect ratio and 1024×768 pixels resolution. The tablet might also feature a 5MP camera on the front and 8MP camera sensor on the rear. The leak also suggests that the Acer ChromeOS tablet might come with a stylus with a special storage slot and a RockChip’s RK3399 chipset.