In what was first regarded as a bad design decision, the notch is slowly becoming a staple design trend on most smartphones these days. By employing this design, smartphone manufacturers are able to get a higher screen-to-body ratios that are being desirable by consumers these days.

The Honor 9N is a not considered as a successor to the Honor 9 Lite that was released earlier this year. But simply put, it is another handset in Honor’s lengthy arsenal of smartphones, and this time with just a notch.

With the Honor 9N, we get the highly coveted notched design,and it looks right at home with handsets that cost a lot more. This design alone is intended to tempt people to shell out cash to buy this budget smartphone instead of going for the dated, all round bezel design. The Honor 9N is not just about the notch though. Let’s see what else this handset brings to the table. 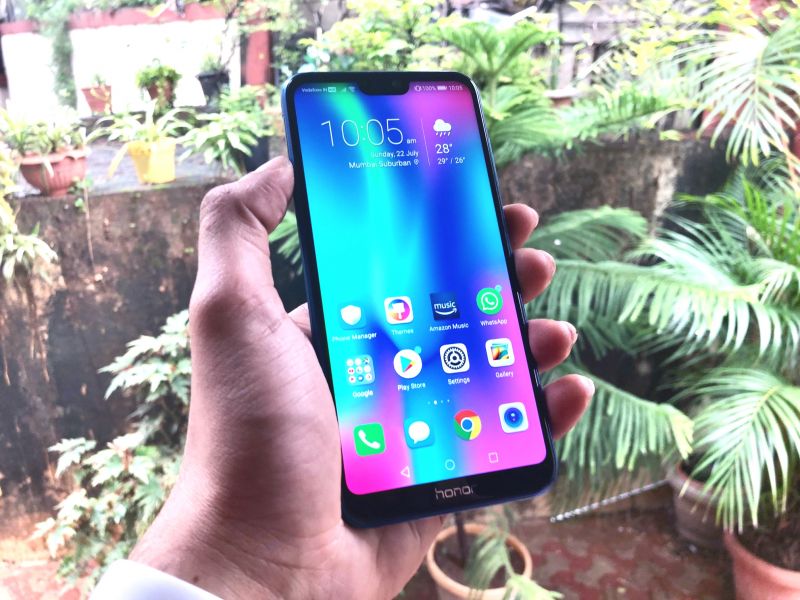 Unlike the Honor 9 Lite, the 9N aims to provide that minimalistic bezel-free design that is available on handsets that cost a lot more. Honor has termed this 5.84-inch display as FullView with Notch and as mentioned earlier, this essentially aims to provide a higher screen to body ratio, which is an impressive 79 per cent. 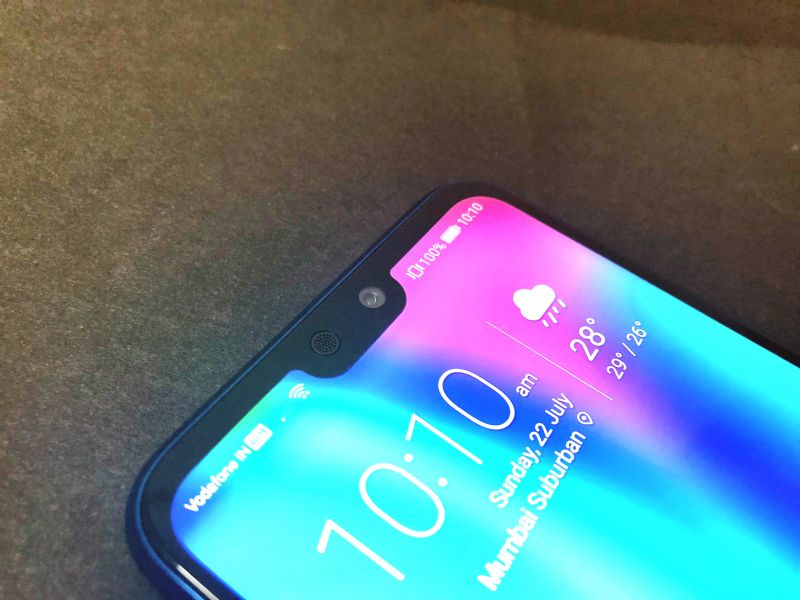 Even though Honor has opted for an almost bezel-free design, there are still bezels on show here. The sides do feature slim bezels and it does not have that edge-to-edge display. The top maybe notched, but since there is an LCD panel used here, there is a significant bezel down below. However, we are not picking here considering Honor managed to price the 9N very attractively. Speaking of the display, Honor has used a 2.5D curved glass design as usual. Though this is becoming an increasingly common trend, it’s great to see this feature sticking around with this model as well. However, we don’t find Gorilla Glass used here either — this could potentially be fatal to the phone.

One design change that was very appreciable was that with every colour variant, Honor has opted to keep the bezels black on all devices. This makes the handset look a lot classier than the Honor 9 Lite which featured coloured bezels.

Unlike the Honor 9 Lite, the Honor 9N comes with a single 16MP front-facing camera. Honor has scored well in the imaging segment in the past and, with this model too, it should fire out some great selfies. There is no front flash here that is seen on some of the budget offerings, but instead, Honor lights up the display as a proxy for the flash. We shall talk about the camera quality more ahead. 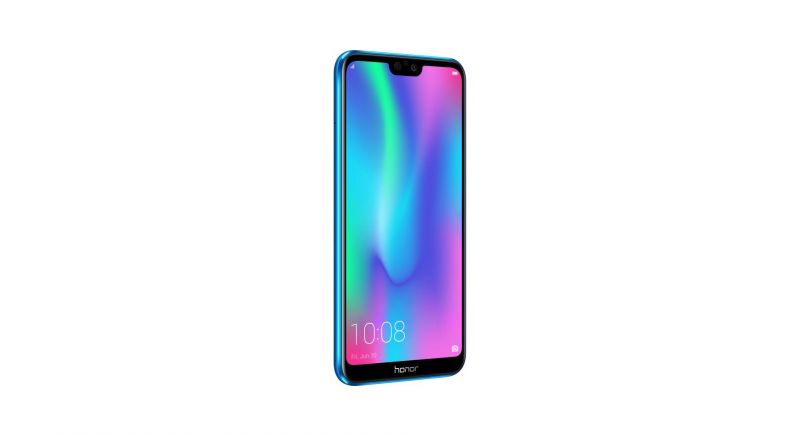 Moving over to the rear panel, we won’t fault you for confusing it with the Honor 9 Lite. Both handsets are virtually identical and this was an intentional decision by Honor as it sits beside the 9 Lite and is not competing as its successor. Here, you will find the speedy fingerprint sensor towards the centre, and the top features a horizontally stacked dual-camera system which is rated at 13MP (primary) and 2MP (secondary).

Honor has used a glass back on the 9N and this is a design trait that has been employed in the 9 Lite as well. However, this is just done for aesthetic reasons and not functional. When other smartphone manufacturers use a glass back, it’s usually done to support wireless charging, unless otherwise. No luck here though, and at this price point, don't even think of it. 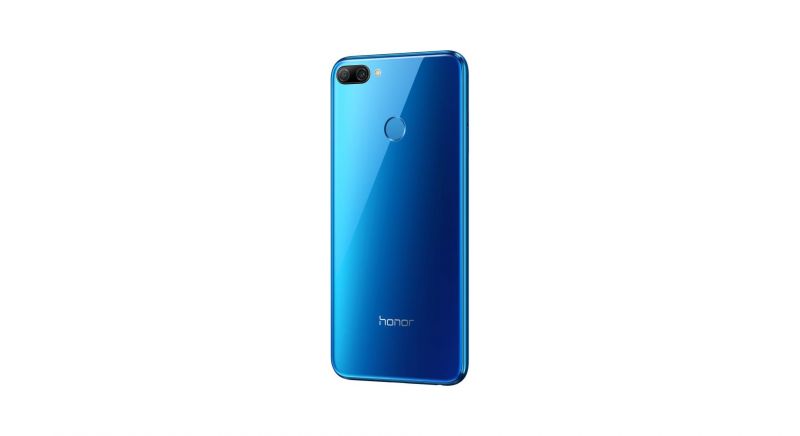 The mirror finish on the 9N looks beautiful and we really loved this design element. It makes the handset look a lot more premium. The handset feels classy too and this is all down to the glass back; however, it is highly prone to fingerprints. We recommend keeping it in the case that comes bundled with the handset to keep it fancy, besides protection reasons.

As for the other design elements, the power button is placed on the right below the volume rockers, the bottom houses the micro USB charging port, the 3.5mm jack and the speaker grill. The double slotted hybrid SIM tray is located on the top right of the handset. It weighs around 152g, and sports a pretty slim profile at a mere 7.7mm. 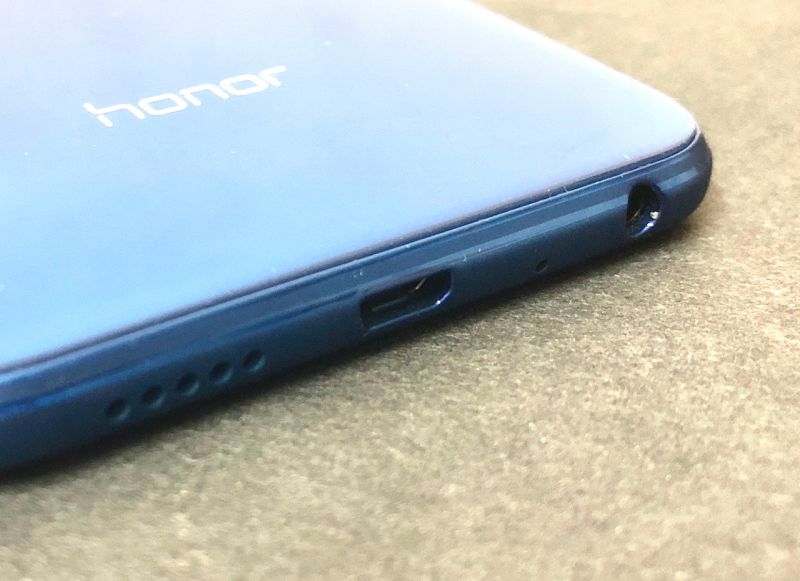 The screen is the main USP for this handset and the 9N delivers well in this area. Coming equipped with a 5.84-inch IPS LCD panel, the Honor 9N comes with very good viewing angles along with the right amount of brightness and contrast ratios. The screen boasts of a 2280 x 1080 resolution with a 19:9 ratio and 432ppi. To find a screen better than this, you would need to increase your budget by quite a bit.

The screen does well when watching widescreen videos, but a somewhat odd part is that they don’t stretch past the notch, like with the iPhone X where the black bars on either side are present. However, with Honor’s EMUI at play, it will prompt to go to the full-screen display the first time you enter an app.

The internals are identical to the Honor 9 Lite. So, we once again find the HiSilicon Kirin 659 processor here that is built by Honor’s parent company Huawei. The chipset runs on four 2.36GHz Cortex A53 cores and four x 1.7GHz Cortex A53 cores — along with a Mali-T830 MP2 GPU. There are three memory configurations to choose from, which include 3GB/32GB, 4GB/64GB and 4GB/128GB, where the one we received was the 64GB version. The handset can support up to 256GB of additional storage using a microSD card. 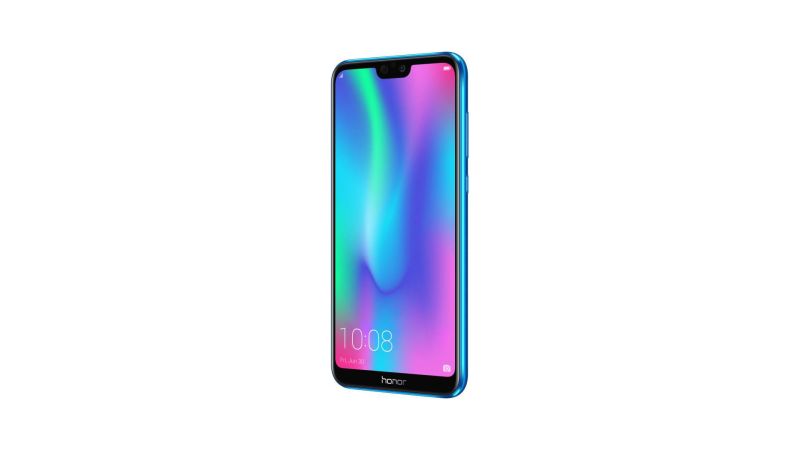 Since the chip is built by Huawei, it allows Honor to price their products rather competitively. The Kirin 659 is a chip that is quite commonly found in Honor’s mid-range offerings. For those number crunching critics out there, the Geekbench test shows the Honor 9N at 941 points in the single-core test and 3738 points in the multi-core test.

Honor has added their EMUI 8.0 skin on top of Android 8.0 Oreo here. The handset comes with a whole host of preloaded apps here. And even in the initial setup process, there is a prompt that asks us to install apps, otherwise, we just cannot go ahead. We are pretty sure that most people may never even use these apps. Unfortunately, there is no way to uninstall these apps. 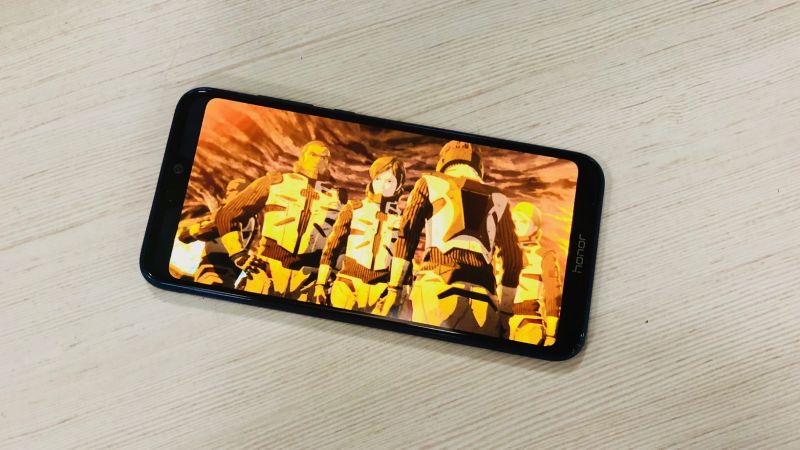 As for the user interface, it is pretty smooth and responsive and we found no lag while switching around between apps. One may find issues with the clunky icons that dominate the screen; however, we feel those upgrading from a sub Rs 10K device or another Honor handset to this one should not find any issue with it. 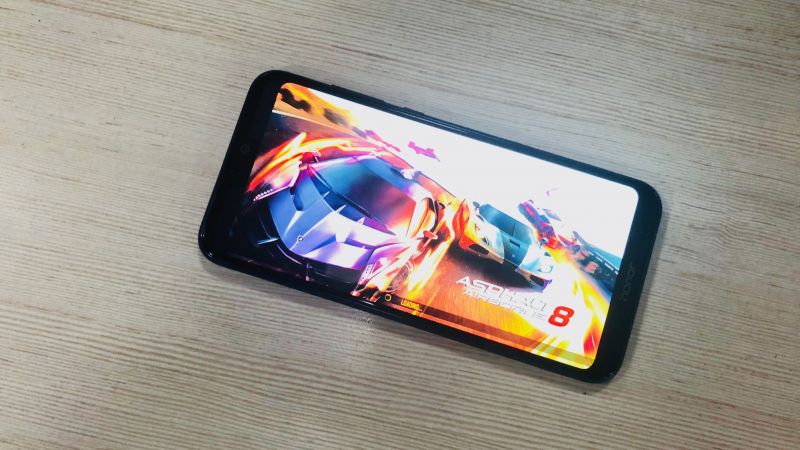 As a test, while running graphic-intensive games such as Asphalt 8: Airborne, the handset did a great job of processing the onscreen graphics and there was no jitter or lag seen.

The handset can easily handle social media apps such as Twitter, Instagram and Facebook as well as messaging apps such as IMO or WhatsApp without any sweat. This makes the Honor 9N pretty suitable as a daily driver.

One of the strong points of the Honor 9N was its camera prowess. The brand has equipped an identical setup for the rear cameras, so clicking photos with this phone is an absolute pleasure.

Honor has added a 13MP and a 2MP sensor on the rear with the second one simply to assist in depth effects for portraits. A lot of smartphone manufacturers are using this design to achieve a blurred-out background, while some use it for better light capturing or zoom.

One of the highlighted feature is the phase detection autofocus (PDAF). With this, one can expect to take shots quickly without worrying if they will be in focus or not. The 9N does this well enough and to achieve these kinds of shots and clicking moving objects shouldn’t be much of a concern. 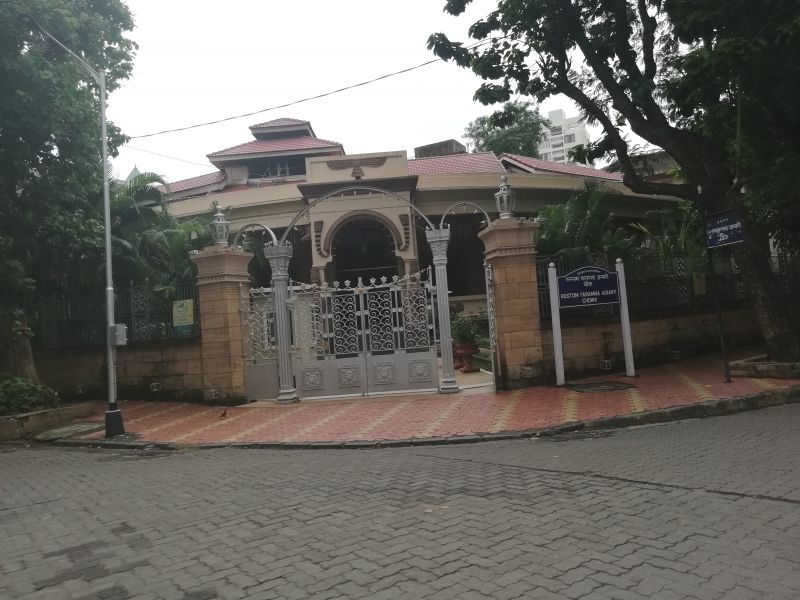 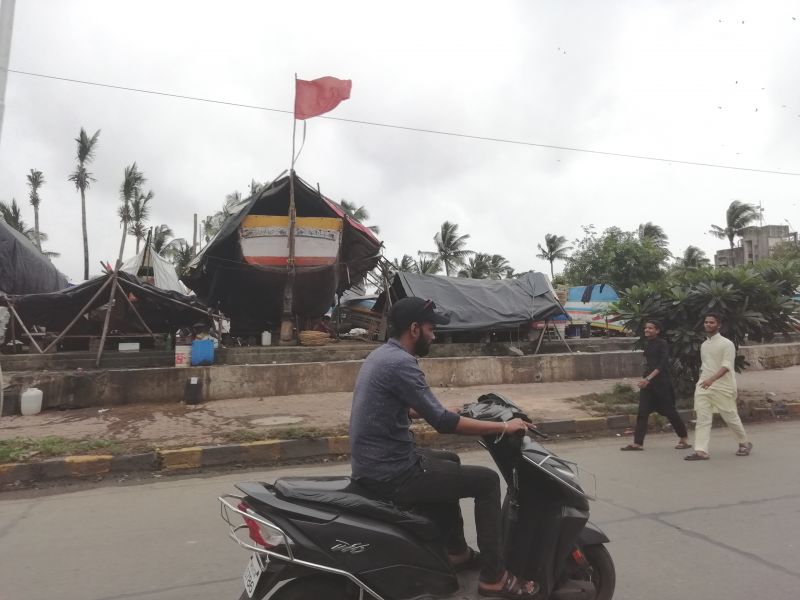 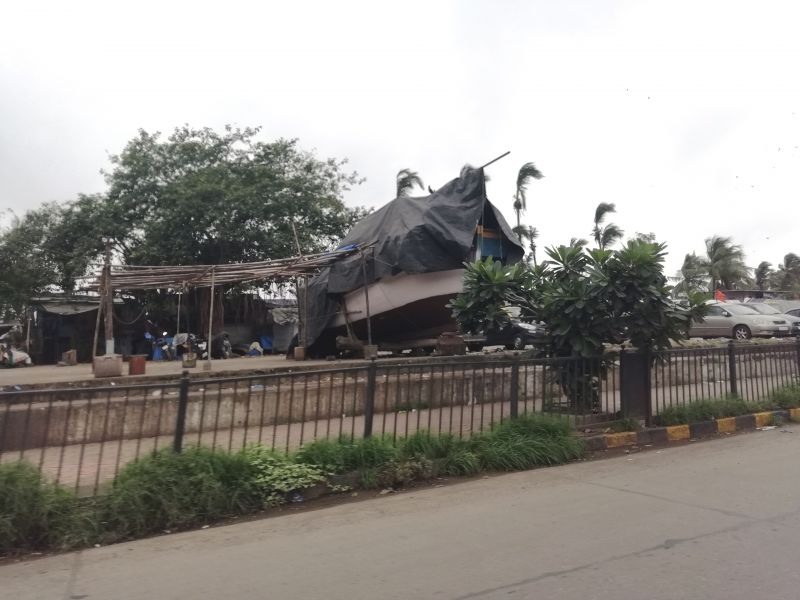 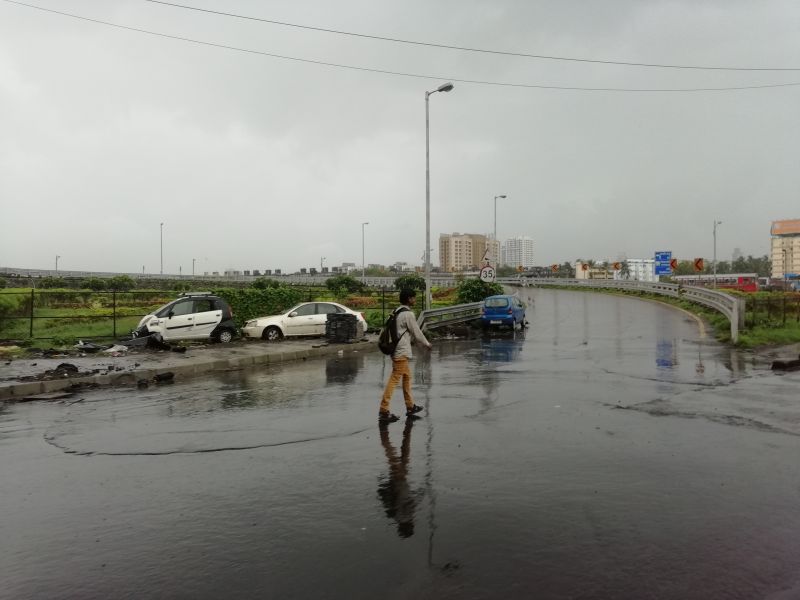 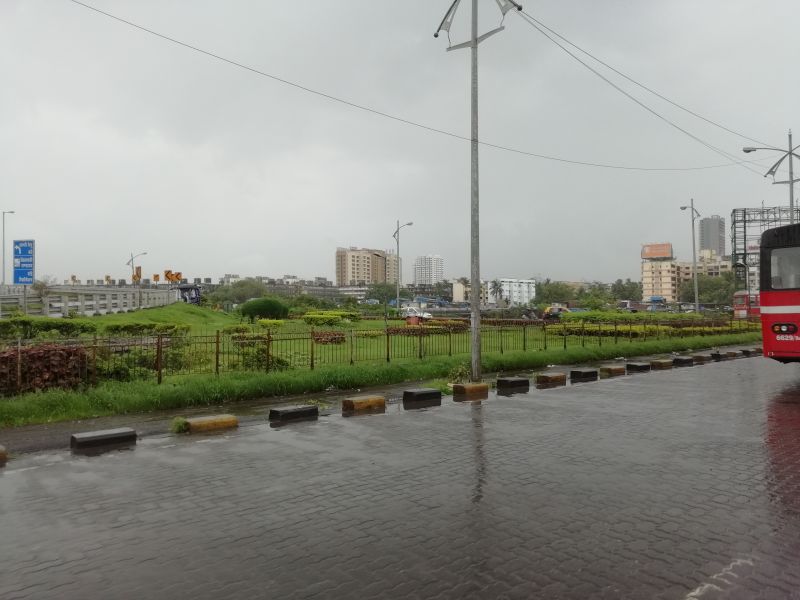 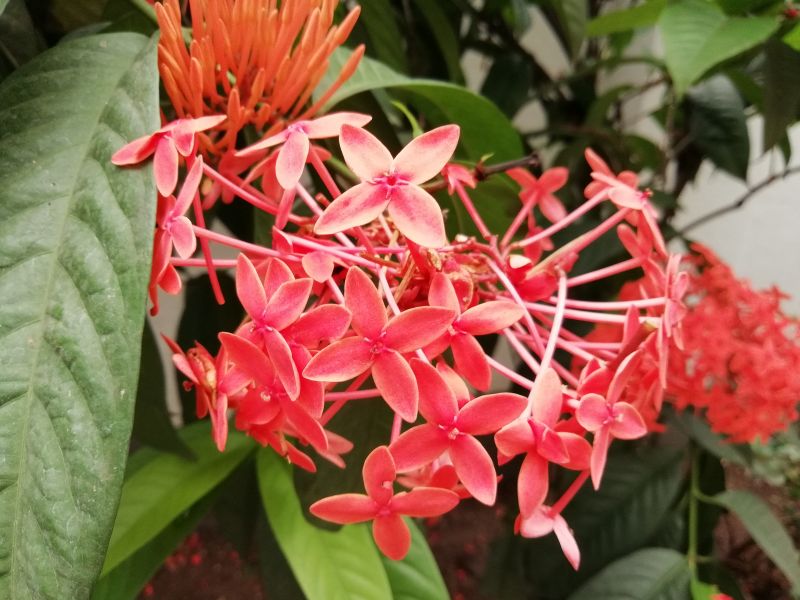 With outdoor shots, in well-lit environments, the Honor 9N handles most scenes pretty well. Colour representation was a tad off when it came to flora, but not so much that we would have to knock points off it. Colours on cars and buildings, however, proved to be accurate and we were left impressed. To sum up outdoor photography in the daylight, the 9N takes balanced shots when the lighting is good. There is a slight amount of noise visible but we can’t complain too much considering the price tag. 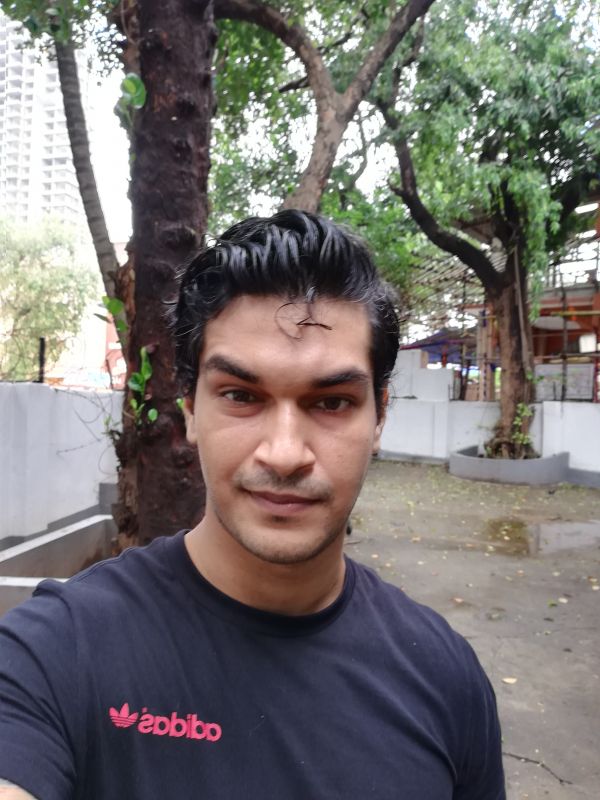 The Honor 9 Lite comes with a dual selfie camera but due to the notch featured here, no such luck here. However, Honor has bumped up the camera from a 13MP shooter to 16MP for better selfies. While clicking self-portraits, the camera by default has the ‘Beauty’ mode on. Thankfully, this can be turned off. With it off, skins tones appeared accurate, unlike a pink hue that usually comes with the Beauty mode turned on. 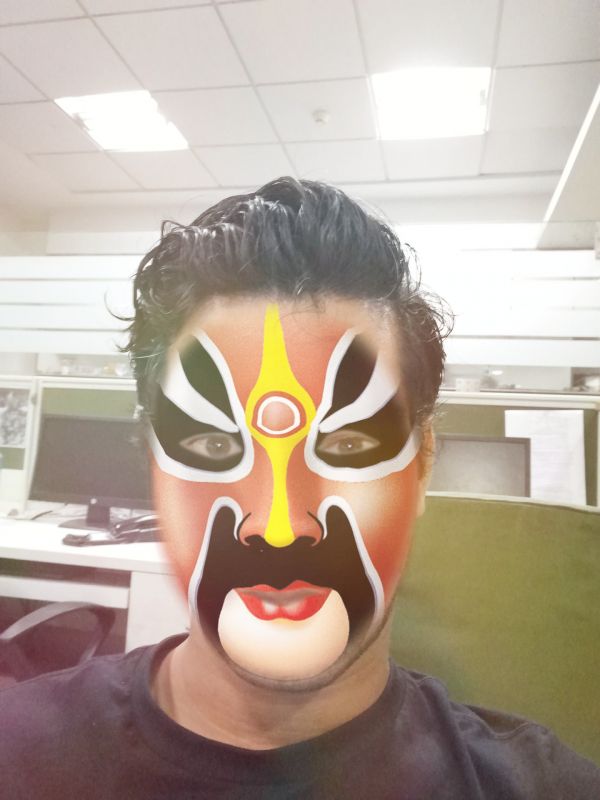 The handset comes with an AR mode that allows you to add masks and backgrounds like Snapchat. This is a neat feature that has been added and it should make for some entertaining moments or for some creative selfies to upload on social media platforms. 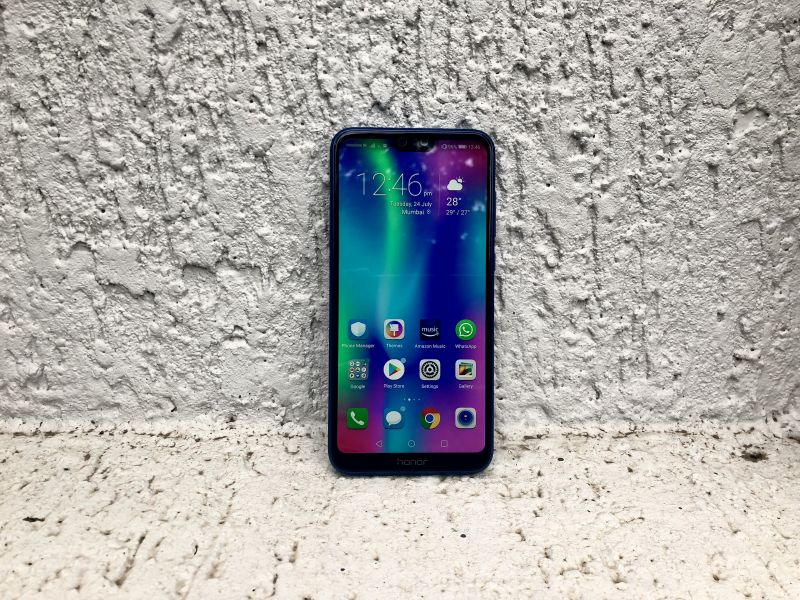 Honor has added a 3000mAh battery with the handset and we used the 9N as our daily driver for about a week. One thing we cannot dispute is that the battery fared well with a fair amount of streaming over Netflix, Amazon Music and Amazon Prime Video. Apart from this, we used it to access social media and did a fair amount of instant messaging over WhatsApp. The battery lasted a day, every time, and we did not find the need to plug it in to charge at odd hours. 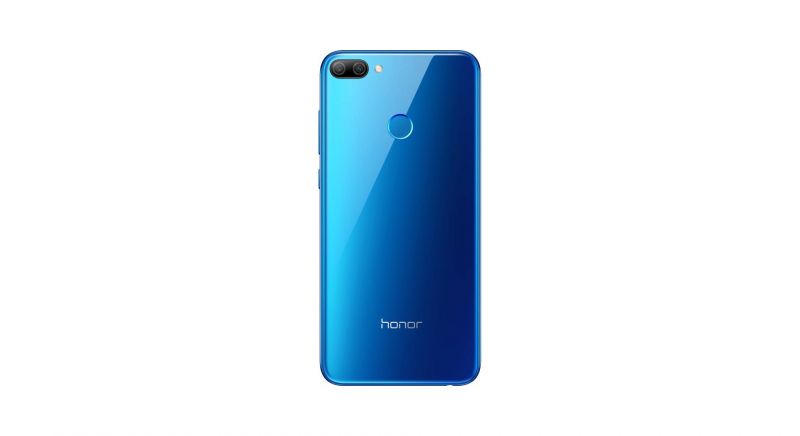 Priced at Rs 13,999 for the 4GB RAM with 64GB storage, the Honor 9N is a great option for those who want a beautiful looking phone with the trendy notch. The handset does have its drawbacks such as a clunky interface and a delicate screen protection, for example. However, these points can be overlooked as the handset succeeds well in other departments such a great call quality, extremely stylish looks, great camera abilities and a good battery. We feel that the pros do outweigh the cons, and this sure makes it a recommended device.

As for who this handset is intended for, it’s for someone who already has used an budget Honor handset and wants to switch to something new within the same brand. Additionally, it’s could appeal to someone who is making the jump from a sub Rs 10K handset to a mid-range device with premium looks on a lower budget.