OnePlus 6 leaks again, this time with a 'narrower' notch

Whatever the OnePlus 6 may turn out to be, we are pretty sure that it will sport the Snapdragon 845 chipset as standard along with 6GB as well as 8GB of RAM.

OnePlus has been in the news for all the right and wrong reason for the past few months. Presently, the company has been pulled into the limelight again as leaks of their next-generation flagship smartphones are doing rounds of the Internet. Last week, we caught hold of a few leaked photos of OPPO's (OnePlus' parent company) upcoming flagship offering, the R15 smartphone. Based on past happenings, we assumed that the R15 will heavily 'inspire' the OnePlus 6. And now, we have photos of a device that is claimed to be the alleged OnePlus 6.

A new leak from GSMArena has come up with leaked photos of the rumoured OnePlus 6 smartphone. The photos suggest the OnePlus 6's possibility of having a ‘notch’ in a fashion pretty similar to the iPhone X. 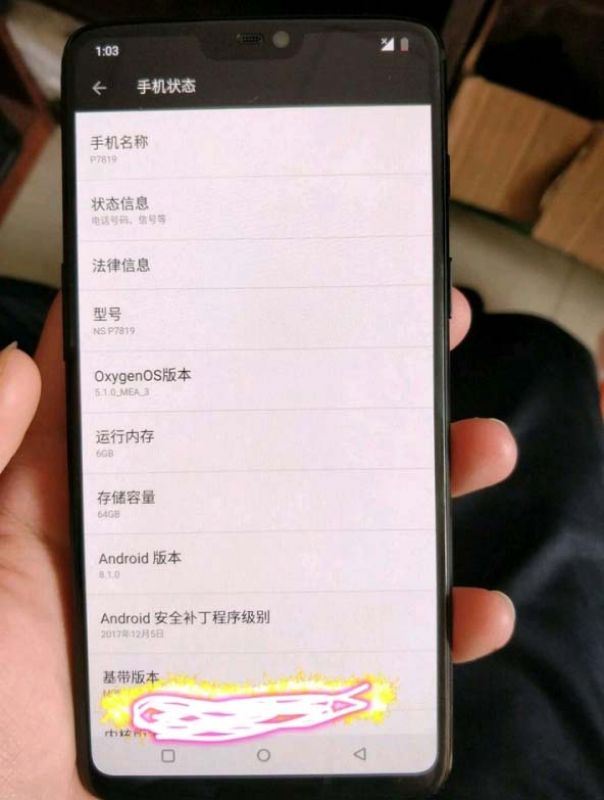 According to the leaks, the front of the OnePlus is shown with a notch, long enough to hold the front facing camera along with the selfie camera. The device is seen running on Android 8.1 and OxygenOS 5.1, both of which haven't been released yet, pointing these to the beta builds of OnePlus' upcoming updates for their existing smartphones. The photographs also reveal internal specifications — 6GB of RAM and 64GB of internal storage, suggesting this might be the base variant. 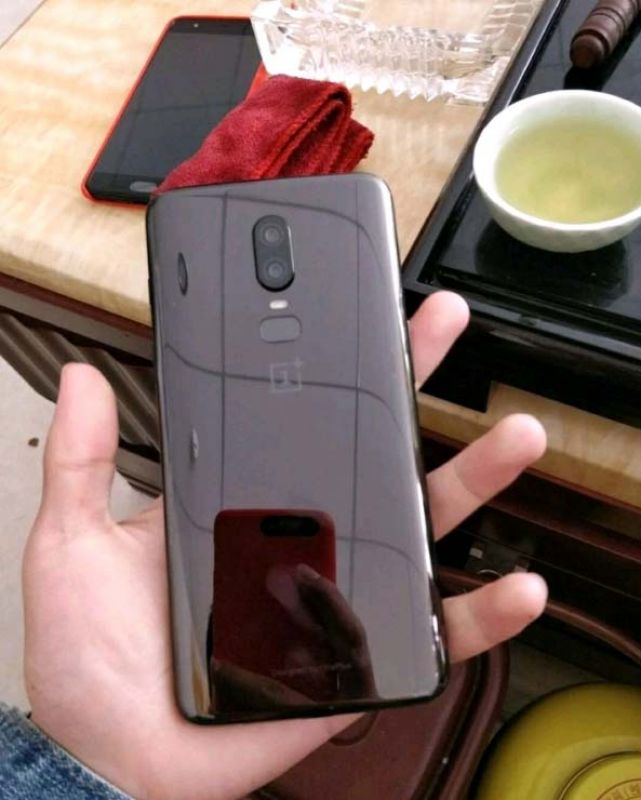 Our report about the vertically-stacked dual camera setup at the rear is also strengthened by this leak, but they are positioned in the centre of the device. The rear panel also seems to be made of glass, which is a first for any flagship OnePlus device (the affordable OnePlus X had a glass body). We believe that this might be one of the several prototype units and it could be highly unlikely that this could come out as the final version of the flagship OnePlus 6.

However, the notch is here to stay on the next OnePlus flagship. OnePlus co-founder Carl Pei has been specious about the possibility of the notch and flagged it as a rumour. However,  the next version of Android is expected to have support for notch and we believe that OnePlus will be up there with some of the others as the first ones to ride on the 'notch' hype. Carl's Twitter post garnered a lot of negative opinion on the case of the OnePlus 6 borrowing an iPhone X-inspired design from one of its cousins.

#clickbait rumor mill is in overdrive this morning 😂 https://t.co/NZhILfgm5W 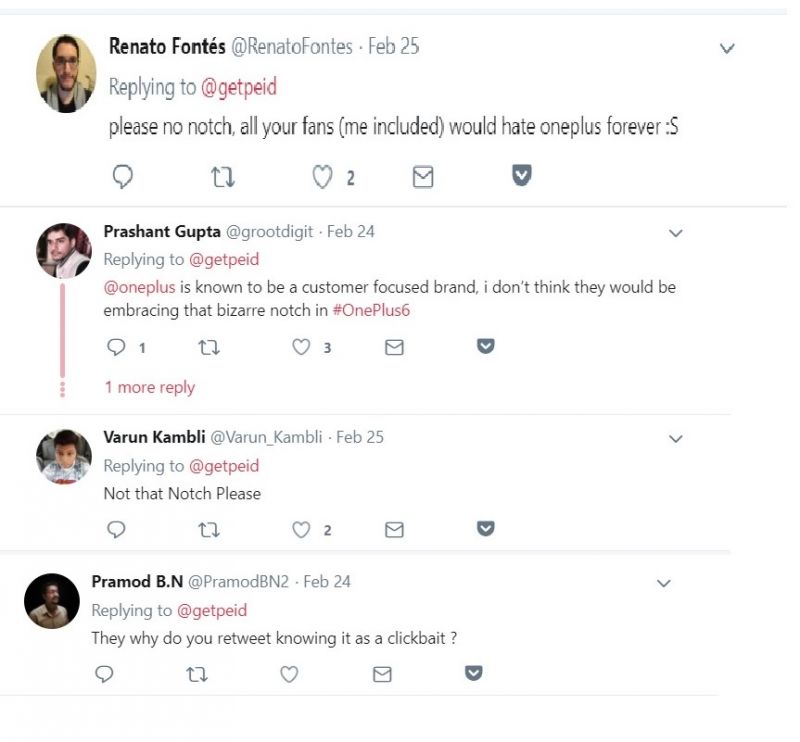 Several OnePlus fans have disagreed and have been complaining/suggesting the co-founder not to sway on the notch ever since. Few of them have also replied why to tweet about it if it was a rumour, suggesting that the OnePlus 6's aesthetics could indeed be pretty similar to these leaks.

Whatever the OnePlus 6 may turn out to be, we are pretty sure that it will sport the Snapdragon 845 chipset as standard along with 6GB as well as 8GB of RAM. OnePlus' Face Unlock will also stay, considering its efficiency we experienced in the OnePlus 5T.