Is this the ground-breaking Moto Razr 2?

The new patent shows a handset with multiple touch sensors along the edge of the device.

The Moto Razr foldable phone has just recently been announced and it is already lauded as the best handset of its type by reviewers across the world. With the dust to still settle on the launch proceedings, a new patent has surfaced which showcases the second-generation device and it looks a lot better than the original. 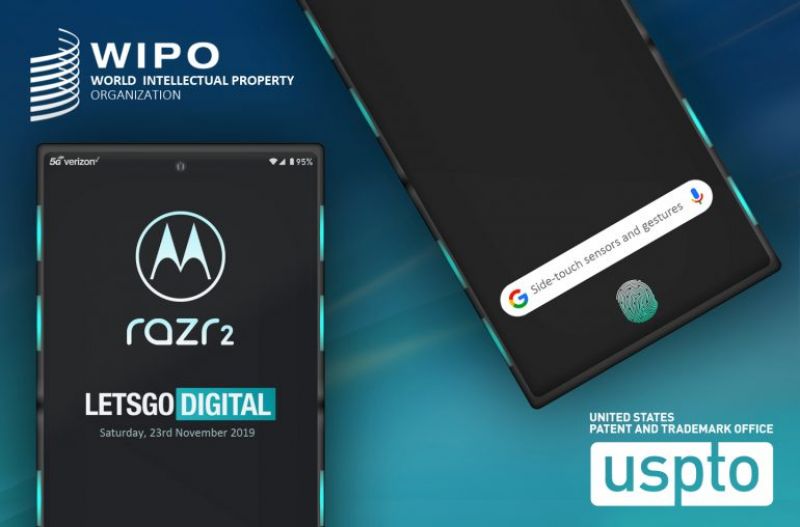 Uncovered by LetsGoDigital, a new patent that had been filed in 2018 and approved as recently on November 21, 2019, details a similar clam-shell style foldable handset; but with some key differences.  The new patent shows a handset with multiple touch sensors along the edge of the device which is similar to what Google does with its Active Edge on the Pixel devices. These sensors register squeezes and launches various functions. 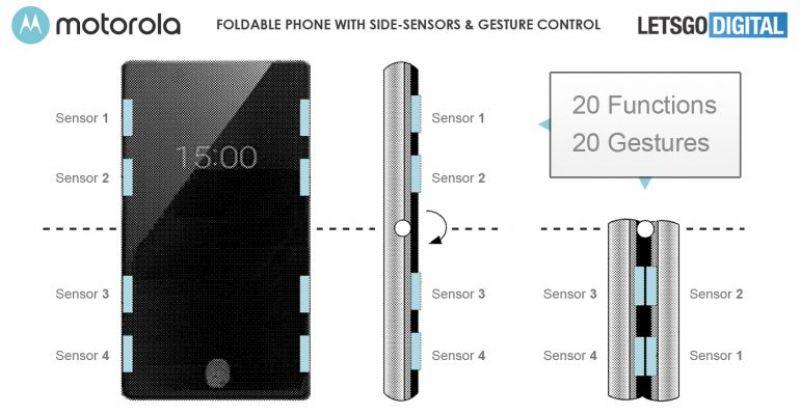 The patent states that the side-mounted sensors could have different functions and this is dependant on whether the Moto Razr 2 is opened or closed. The patent has detailed this feature as a “cumulative sensor mode.” What this means is that gestures such as swiping or squeezing around the outside of the handset would quickly launch apps or other functions like a camera or quickly pull up the Google Assistant. With multiple sensors on either side and each one of them possibly registering different gestures, the range of functions available would be astonishing. 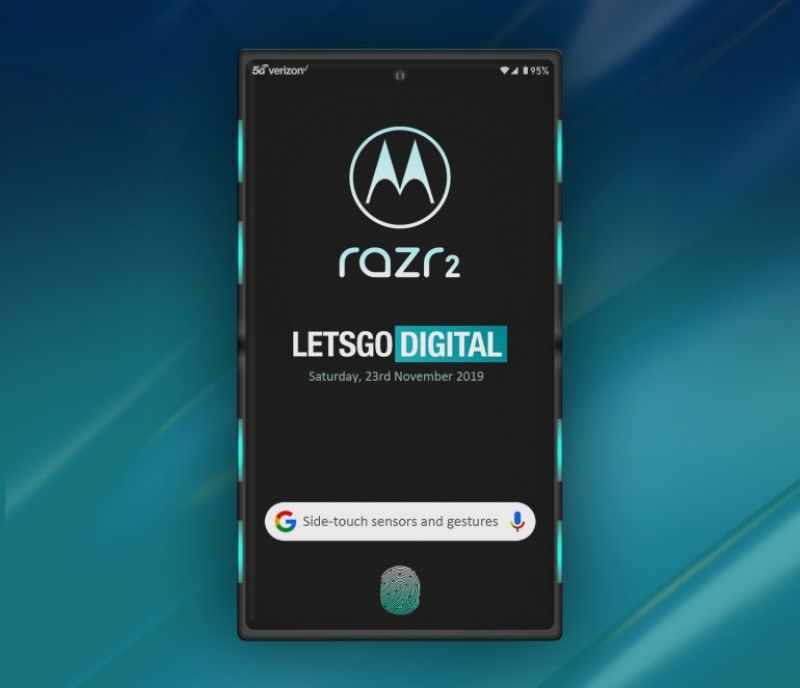 With the ability to map these sensors, and what function they execute seems to be the key to how this device is interacted with. The patent also focuses on when the smartphone is closed as well; which means that it gives users greater access to core functionalities by way of the smaller secondary display. This will be beneficial as it negates the need for opening the phone to get the entire experience.

A related report by Forbes states, “The concept of moving more of the simple functionality to the less power-hungry second display (or Quick View, as Motorola calls it) is a consistent theme in Motorola’s messaging. The press release when the 2019 Razr launched a few weeks ago talked about the Quick View screen giving owners the option of "disconnecting" and “taking a break from distractions”.

To sum it up, this could be a good move going forward and the Lenovo-owned brand have already stated that more devices are on the way. They state that they have already experimented with 20 different designs before it finalized on the 2019 Moto Razr. It will be great to see how Motorola solves the hurdle of adding a bigger battery into a compact foldable phone and also, encouraging users to simply not engage with the fully folded out device might be a solution.