Xploree keyboard review: The power of AI now on your keyboard

In fact, there’s no other software keyboard in our knowledge that can show contextual information in a way Xploree does.
Rating:

One of the most important elements on a smartphone or tablet is the keyboard. A keyboard forms the primary interface between the user and the device, letting the user impart commands and input text in messaging apps, emails, and more. For years, we have been subjected to Android’s standard keyboard before a host of custom third-party keyboards, such as the most popular Swiftkey and others such as GO keyboard and others, came into limelight.

In response, Google came up with its own version, named Gboard, packing smarter features than before. During all these, several custom keyboards popped up and went away, cluttering the Google PlayStore, and disturbing users with half-baked features and unwanted advertisements, leave alone privacy concerns. 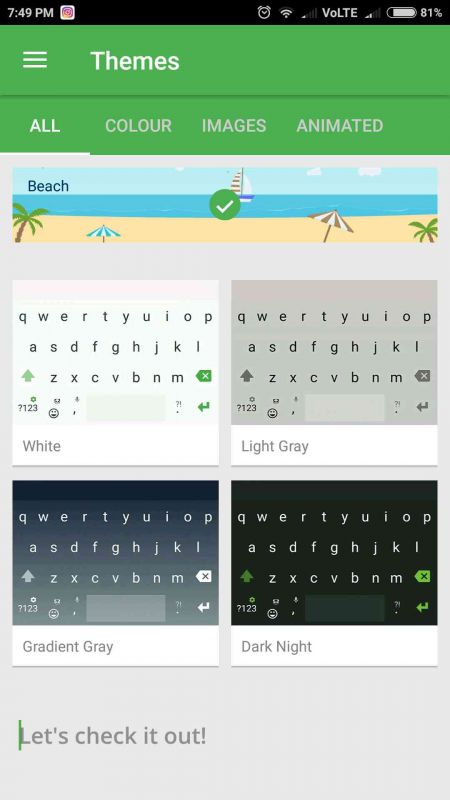 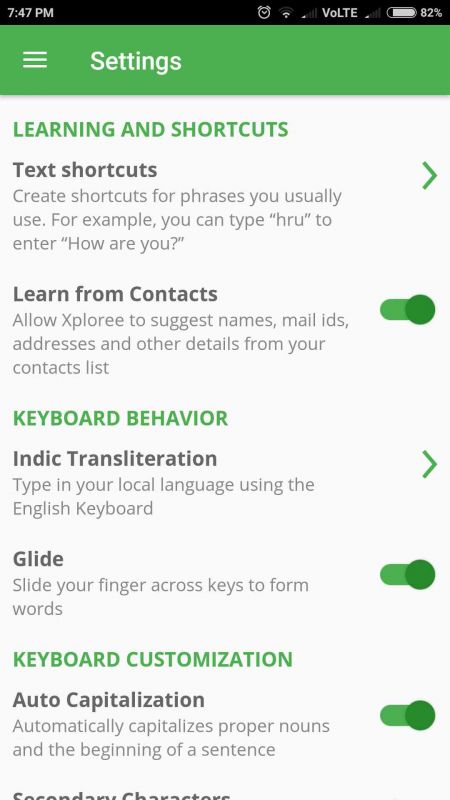 A newcomer in this space is Xploree, developed by UK-based developers. The Xploree keyboard might seem to be another one from the small ‘cluttering lot’ at first glance as it has no major recognisable name backing it, particularly with its default theme inspired from the Gboard and multiple custom themes. However, “never judge a book by its cover”.

Underneath the ‘highly inspired’ keyboard theme, is a smart AI engine constantly working in the background, learning what you are feeding in. Based on what you write, it readies itself to search for that keyword on the Internet and show a few suggestive results. 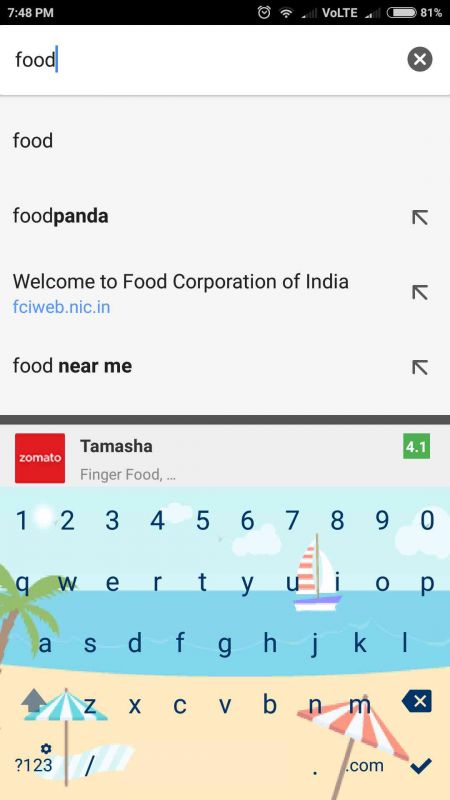 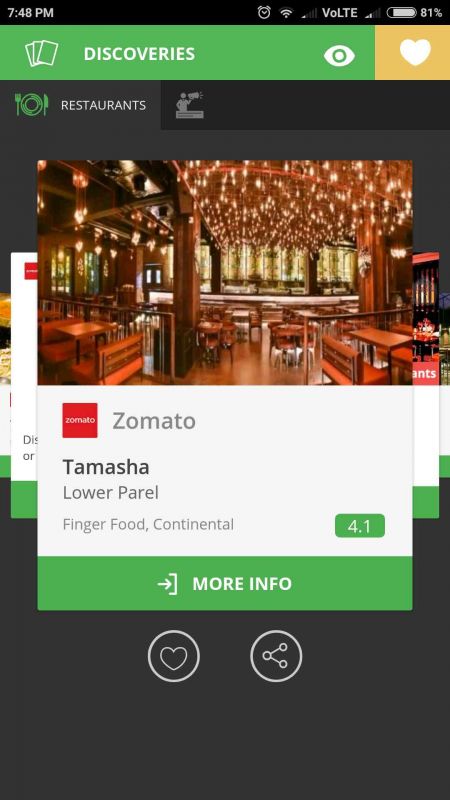 For example, if you type in 'dinner' while texting someone, and tap on the Xploree icon on the top right corner of the keyboard, you will be taken into the Xploree app wherein you will be greeted with multiple cards arranged in a stack. Each card carries a link to the word you typed. So, if you typed dinner in the text box, you will be shown nearby restaurants and eat-outs and several new articles related to your keyword 'dinner'.

Tapping on the top right ‘search’ icon will search for the same using the default web browser. Hence, the keyboard app assumes that you could be making plans for dinner with your contact or probably heading out to eat yourself and suggests local joints and areas for eating out. This is well accommodated with the location services you may have kept on.

This is the only feature that sets apart Xploree from others. In fact, there’s no other software keyboard in our knowledge that can show contextual information in a way Xploree does. Even Google’s Gboard only shows a search button that only shares links. Apart from that, you get the option to choose between different themes for your Xploree keyboard, some of them being even animated.

Xploree is a multilingual keyboard, which means you can now use multiple languages depending on the country you reside in. You also have a host of emojis and stickers, similar to other conventional keyboard apps. The stickers seem to be inspired heavily by the likes of Hike Messenger.

However, every custom keyboard has its drawbacks and the Xploree keyboard is no exception. First is the smart AI-based suggestion system, which needs to be connected to the Internet to function. This could pose an issue for older and low-end Android smartphones since heavy tasks running in the background could hamper the entire user experience. The app continuously searches for data and information related to every keyword you would be typing on your screen. This results in loss of unnecessary data, as well as provide a sluggish experience on affordable smartphones altogether. 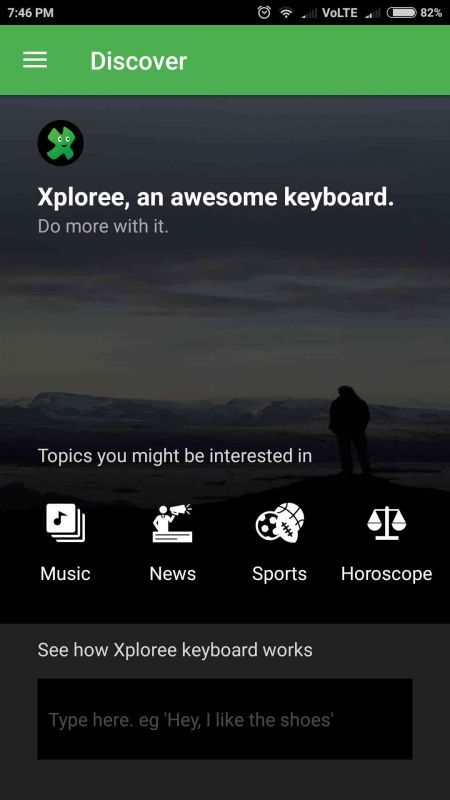 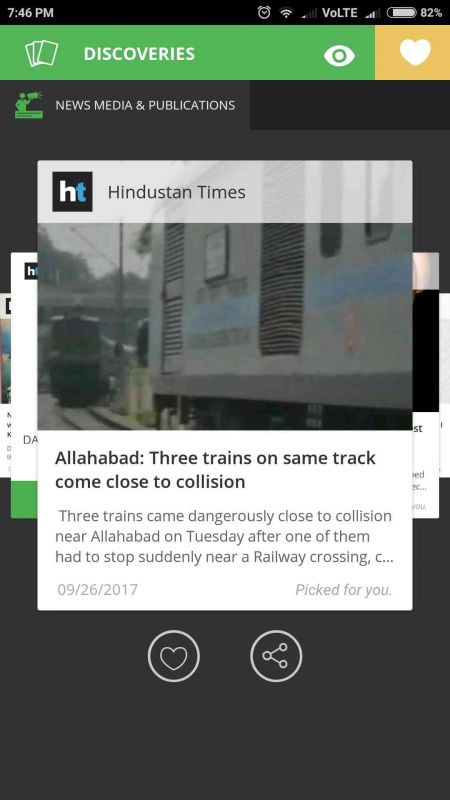 And then comes the issue of privacy with the AI-based suggestive feature. No wonder that you get intuitive links to the word you typed in the text box, but you are aware that the keyboard is constantly tracking whatever you are typing. This becomes more worrying when you are accessing banking services or logging in social media accounts on your smartphone.

(Update: We reached to KeyPoint Technologies concerning the issue of privacy with Xploree's contextual information suggestion and we were given the following statement: "We provide contextual information on the device in real-time without having to send any typed text to our servers. We do use neural networks in the back end to build language models, with a lot of careful optimizations to make it small enough to be bundled into an app, so that NLP and AI can be done on the device instantly. The only data thread that hits our servers is the context (like category, intent, sentiment, location) associated with the typed text and not the typed text.")

The Xploree keyboard is a great keyboard if you are to take account of its AI-based suggestions and customisation options. The developer assures that data privacy is given utmost importance while not compromising on the amount of information being made available at your fingertips. The AI-based contextual information makes Xploree diffrerent from the likes of GBoard and Swiftkey, which alone makes it a recommended try at least once.