A silhouette of a phone with a punch-hole camera in the display.

Since last year, all rumours surrounding Nokia have centred around the Pureview handset that will feature a penta-camera setup on the rear. This handset is expected to be the first from a major smartphone manufacturer to feature a five camera layout on the rear. By now, most of the features and specifications of the Nokia 9 Pure view have already been leaked; save an official announcement. However, if the latest teaser from HMD Global is to go by, then there will be another handset that will be showcased at MWC; and this one will feature the trendy punch-hole selfie camera that’s appearing on smartphones this year. 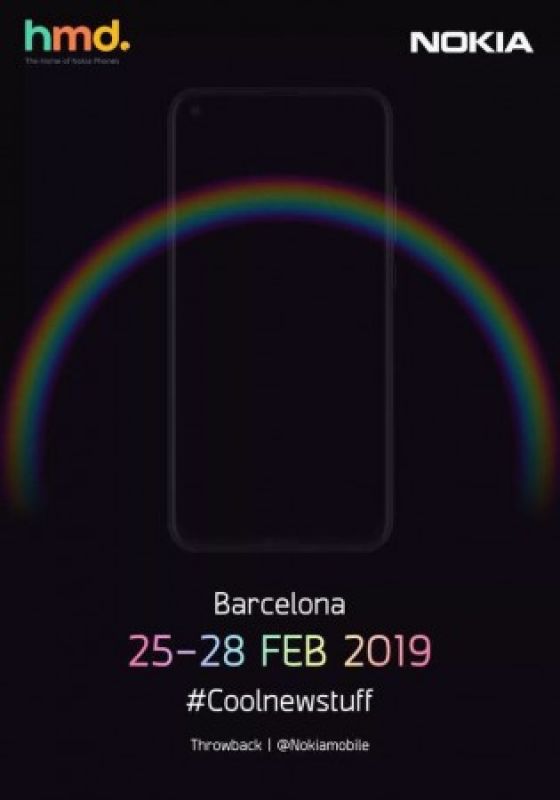 As per a recent report by GSMArena, Chief Product Officer at HMD Global, Juho Sarvikas has announced that Nokia will be making its official appearance at the MWC event on February 24 and anyone who is not at the event can stream the keynote as well. Apart from this, HMD Global has released two teasers for the February 24 event with one of them referencing the Nokia 9 Pureview smartphone and its penta-camera layout on the back. The second teaser is a bit ambiguous as it shows a silhouette of a phone with a punch-hole camera in the display at the top left-hand corner. In all likelihood, this isn’t the Nokia 9 Pureview as the handset, when leaked in the past featured a sizable top bezel. There is a huge likelihood that this is a new device and may, in fact, be the rumoured Nokia 8.1 Plus. However, there is no confirmation on the same.

The Nokia 9 Pureview has recently made an appearance in a leaked promotional video and it lines up with leaked images that have been floating around. With it, we learn about some interesting features that the handset will boast. Firstly, the handset will run on Android 9.0 Pie and secondly, it will feature a 5-camera layout with Zeiss Optics. The device once launched will have an edge-to-edge 5.99-inch 2K HDR PureDisplay and sport an in-display fingerprint scanner like most of the current flagships such as the Vivo NEX and OnePlus 6T.

The Nokia 9 PureView will also be Qi compatible which means that it will support wireless charging. The handset is powered by a Snapdragon 845 SoC, the same one used in the current crop of flagships from Samsung, OnePlus and LG. Paired with the SoC will be 6GB of RAM and 128GB storage. As of now, this looks like the only configuration it will be available in.